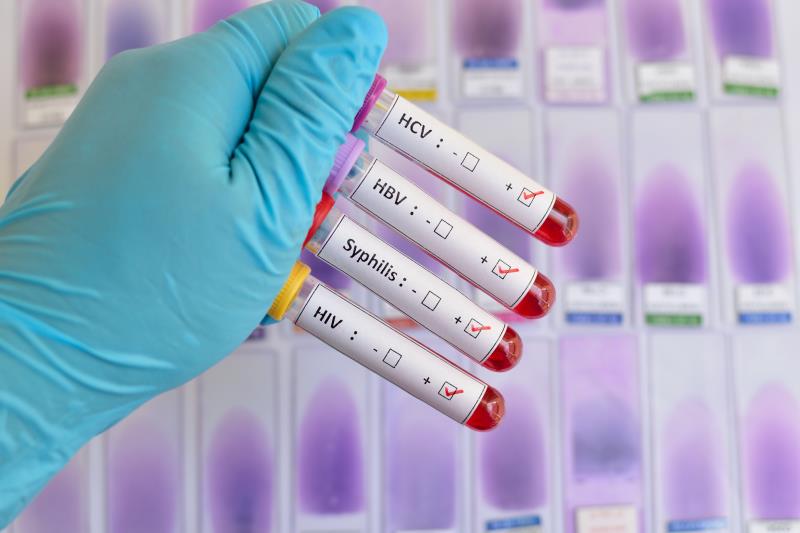 Dr Dariusz P. Olszyna, a senior consultant at the Division of Infectious Diseases, National University Hospital, Singapore, speaks to Roshini Claire Anthony on the importance of early detection to prevent the spread and complications related to sexually-transmitted infections (STIs).

According to the Ministry of Health, the most common STIs in Singapore in 2017 were – in decreasing order – chlamydia, gonorrhoea, non-gonococcal urethritis, syphilis, and genital herpes.

As the name suggests, most STIs are only contracted through sexual activity. Certain STIs such as the human immunodeficiency virus (HIV) or hepatitis B can be contracted through ways other than sexual intercourse such as blood transfusions and medical or dental procedures.

Unfortunately, most STIs are diagnosed in symptomatic individuals. This means that prior to receiving the diagnosis, such individuals, unaware of it, may transmit their STI(s) to their sexual partner(s). Unless they are certain that they are in a mutually monogamous relationship, individuals who are sexually active should undergo routine STI screening even when they are asymptomatic. The frequency of such testing depends on their sexual practices and in some individuals, such as men who have sex with men and are receiving HIV pre-exposure prophylaxis (PrEP), it may be as often as every 3 months.

HIV, syphilis, and viral hepatitis B and C are diagnosed with a blood test. Blood tests are not useful in diagnosing or ruling out gonorrhoea or chlamydia. For these two STIs, polymerase chain reaction (PCR) test done in adequate sites with urine, pharyngeal, and/or rectal swabs is most appropriate.

Testing for STIs is easy. The main challenge is to identify individuals who are at risk and educate them so that they access sexual health services. Many are concerned that when reaching out to healthcare providers, they will be stigmatized and labelled as “promiscuous”. Another important barrier to regular testing is cost. While some tests such as those for syphilis or HIV are generally cheap, proper screening for gonorrhoea and chlamydia is generally expensive, particularly for young people. Another challenge is notification and treatment of sexual partners to prevent the STI from bouncing back and forth between sexual partners.

Most STIs are easy to treat. Syphilis can usually be treated with one or three intramuscular injections of penicillin, uncomplicated gonorrhoea usually requires one shot of antibiotic, and chlamydia is treated with an oral antibiotic such as azithromycin or doxycycline.

These STIs are by far more difficult to treat when they are not diagnosed early and have spread to other organs and may require even 2 weeks of intravenous antibiotics.

Most bacterial STIs such as syphilis, gonorrhoea, and chlamydia are usually fully treatable. Others such as genital herpes or viral hepatitis B may pose challenges. Treatment of some STIs such as hepatitis C, which has been increasingly recognized as an STI among men who have sex with men, can be very costly, amounting to thousands of dollars.

HIV is an untreatable STI. However, it can be very effectively controlled with antiretroviral treatment (ART) which usually consists of three agents. The three agents can be often combined in a single tablet taken once a day. Modern ART is very effective and extremely well tolerated, giving people living with HIV life expectancy similar to that of HIV-negative individuals.

There has been increasing concern regarding the development of antimicrobial resistance, especially with Neisseria gonorrhoeae, the pathogen causing gonorrhoea. Previously used fluoroquinolones such as ciprofloxacin, should no longer be used for empirical treatment of gonorrhoea due to widespread resistance. Other STIs such as syphilis and chlamydia have remained sensitive to old-fashioned antibiotics.

Treatment compliance has always been a concern, hence most STI clinics have a low threshold to treat empirically. For the same reasons, STI treatment guidelines favour treatment courses that are short, preferably one dose with no need for patients to return for treatment.

Long-term complications depend on the STI itself and can range from female infertility in cases of chlamydia or gonorrhoea, to neurosyphilis, to liver cirrhosis due to chronic hepatitis B or C.

For individuals who are not in a mutually monogamous relationship or who are not abstinent, the best way to prevent STIs is regular screening in combination with education on proper and consistent use of condoms. In addition, open attitude of healthcare providers towards those presenting with STIs would decrease the barrier to seek treatment and screening.

The role of GPs in preventing the spread of STIs

GPs play a pivotal role in STI screening as they are on the frontline of the healthcare system. This, however, requires an open, frank, and non-judgemental approach to patients presenting with or at risk of STIs.

GPs also play an extremely important role in identifying the link between bacterial STIs such as syphilis or gonorrhoea and HIV. Anyone presenting with these STIs should be offered an HIV test as these STIs are a surrogate marker of HIV risk even if the patient denies classic risk factors. In addition, individuals presenting with syphilis or gonorrhoea should potentially be assessed for PrEP. GPs who do not have much experience with STIs are welcome to refer patients worried about STIs, presenting with symptoms of STIs, or diagnosed with STIs to a sexual health clinic such as the BePrep Clinic in NUH.

Local guidelines were published in 2013 by the Department of Sexually Transmitted Infections Control (DSC). The most commonly used regional guidelines are those published by the Australasian Society for HIV, Viral Hepatitis and Sexual Health Medicine (ASHM).

Other international guidelines include those published by the Centers for Disease Control and Prevention (CDC) in the US and by the British Association for Sexual Health and HIV (BASHH) in the UK.

The most common misconception about STIs probably is that only individuals who have a lot of sex and many sexual partners contract STIs. While they are indeed at higher risk, anyone who is sexually active is at risk for contracting an STI.

GPs should consider STIs a part of comprehensive health maintenance, have open conversations with their patients about their potential risks for STIs, and have a non-stigmatizing attitude.