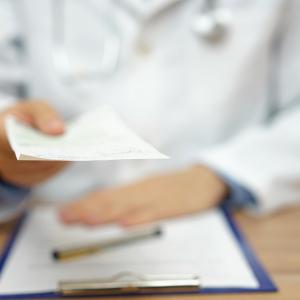 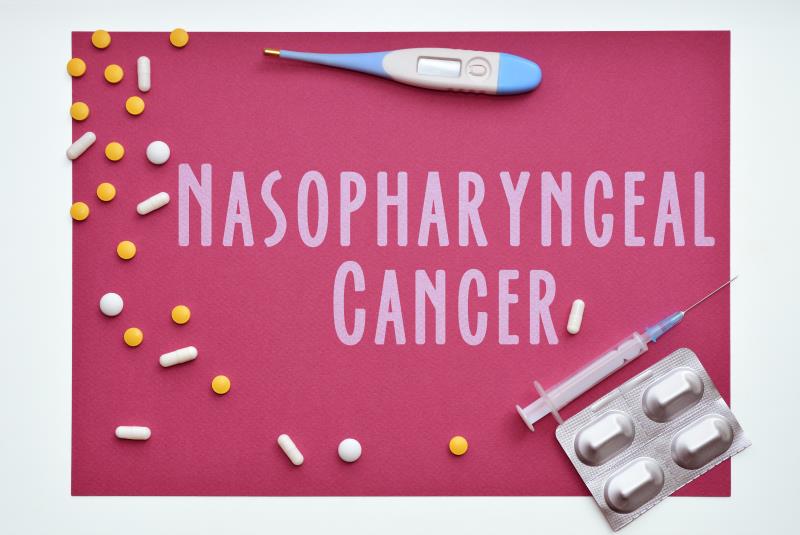 Nasopharyngeal cancer (NPC) is a disease in which cancer cells develop from the tissues of the nasopharynx – an area located behind the nose, just above the back of the throat. Chinese from endemic regions such as Hong Kong and Southern China have the highest risk of getting NPC. NPC is the ninth most common cancer among men in Singapore with the highest incidence in Chinese followed by Malays and is rare among Indians. [Singapore Cancer Registry Annual Registry Report, Trends in Cancer Incidence in Singapore 2015]

The incidence of NPC has been steadily declining in Singapore and this may be partly attributed to changing environmental risk factors with the availability of wider food choices and lower intake of salted fish and preserved vegetables.

Early-stage NPC is often asymptomatic. Some common symptoms may include a painless neck lump, nosebleeds (particularly in adults), hearing problems (loss of hearing or ringing in the ears, particularly if occurring on one side only), and blood in saliva or sputum.

The exact cause of NPC is unknown. However, scientists have found that the Epstein-Barr virus (EBV), which also causes glandular fever, is linked with an increased risk of developing NPC. EBV infection is common especially in Southern China and Southeast Asia. However, not every case of EBV infection will develop into cancer. Other risk factors related to NPC include excessive consumption of salted fish at an early age, frequent consumption of preserved or fermented food, and cigarette smoking. There is also a hereditary trend, with first-degree relatives of NPC patients having a higher risk of developing NPC than those without a close family member with NPC. It is important to note that just like other cancers, NPC is not infectious and cannot be passed from one person to another through physical contact.

The nasopharynx is deep inside the head and is not easily seen, so special techniques are needed to examine this area. Workup for suspected NPC would include examination of the mouth, flexible fibreoptic endoscopy of the nose, pharynx, and larynx, and examination of the neck.

The following tests may be ordered:

a)       Biopsy – If an abnormal area is seen during flexible endoscopy, a sample of the affected tissue is removed for further examination under the microscope. This may be done under local anaesthesia.

b)      Fine needle aspiration cytology (FNAC) using a needle to extract cells for testing (from lymph node or if tumour is deep).

EBV serology test is currently the most commonly used screening tool for NPC. However, this is not 100 percent accurate and there is lack of evidence on its effectiveness for screening persons at average risk. At present, there is insufficient evidence to support the implementation of population-based NPC screening in Singapore. However, family members of NPC patients may consider seeking advice from doctors before making an informed decision about screening.

One of the biggest challenges lies in the detection of NPC. It is not easy to detect as the cancer grows deep in the back of the nose. Furthermore, the symptoms of NPC are also quite non-specific and there may not even be any signs or discomfort in the early stages. Therefore, NPC is often not detected until the late stages.

This highlights the importance of awareness of the signs, symptoms, and risk factors of NPC. General practitioners (GPs) and primary care physicians play a key role in cancer detection as the usual first point of contact for patients with potential cancer symptoms. Patients with persistent symptoms as above should be referred to ear, nose, and throat (ENT) specialists for further evaluation.

The management of NPC in Singapore is largely based on international consensus as well as results from high quality studies.

NPC is a radiosensitive tumour, and as its deep-seated anatomic location limits a surgical approach, radiotherapy has been the mainstay and primary curative treatment modality for patients with non-metastatic NPC (stage I to IVA). In early stage NPC, the success rate from radiotherapy alone may exceed 90 percent.

Radiotherapy is given as external beam radiotherapy which uses high energy X-rays directed from a machine called a linear accelerator to a specific part of the body to damage and kill cancer cells. Radiation affects both normal and cancer cells. Generally, cancer cells are more sensitive to radiation and more cancer cells are killed. Normal cells are also better able to repair themselves. Hence, damage to normal cells is usually temporary. This is also why radiotherapy has side effects. Common acute side effects include oral ulcers, skin reactions, pain on swallowing, and taste changes. Common late side effects include dry mouth, taste disturbance, swallowing problems, hearing loss, neck stiffness, and hypothyroidism.

Technological advancements in radiotherapy in the last two decades have enabled a more precise delivery of high dose radiation to the tumour and lower dose to the surrounding healthy tissues. This has resulted in a higher chance of cure with a lower risk of side effects from radiation treatment.

Currently, the commonest techniques of external beam radiotherapy for NPC are volumetric modulated arc therapy (VMAT) or intensity modulated radiotherapy (IMRT). Using IMRT, the strength (intensity) of the radiation beam coming from nine different angles around the body is varied (modulated) allowing more radiation dose to the cancer cells but less to the surrounding normal cells. VMAT is a new type of IMRT. The linear accelerator rotates around the patient during treatment. The machine continuously reshapes and changes the intensity of the radiation beam as it moves around the body. This method is very accurate and shortens treatment time.

The development of concurrent chemoradiation (CRT) strategies has been important in improving treatment outcomes in locally advanced NPC. At least nine randomized clinical trials have demonstrated that the addition of concurrent chemotherapy during radiation leads to improved progression-free survival and response, with overall survival (OS) benefit being demonstrated in the majority of trials. Consequently, CRT with or without adjuvant chemotherapy has been recommended as the standard treatment for advanced NPC. Emerging data from recent studies found that induction chemotherapy plus CRT was superior to CRT alone making induction chemotherapy a promising treatment option for advanced NPC. In the metastatic setting, palliative chemotherapy plays an important role in disease control and prolonging survival.

Surgery is not a common treatment for NPC as there are other more effective treatments such as radiotherapy. Additionally, the cancer is in an area surrounded by important nerves and vessels that is not easy to get to, making surgery technically difficult. However, surgery may be considered in patients with recurrent tumour in the nasopharynx without any other site of disease. A neck dissection may also be considered in patients with persistent neck nodes post-radiation, or in patients with neck node recurrence as the only site of disease.

Despite significant improvements in outcomes in NPC with administration of concurrent chemoradiation, survival in patients with locally advanced NPC is still only 50–70 percent at 5 years, with a substantial proportion of patients experiencing relapse either loco-regionally, at distant sites, or both. Ongoing strategies are focused towards identifying patients at high risk of relapse and optimizing CRT as well as sequencing of chemotherapeutic regimens for these patients. In the metastatic setting, despite the relative chemosensitivity of NPC, resistance to chemotherapy inevitably develops with median OS generally less than 24 months. Novel strategies evaluating EBV-directed immunotherapy may offer new light in palliative treatment of NPC.

Despite the widespread adoption of IMRT or VMAT, a significant proportion of NPC patients still experience enduring side effects after radiotherapy in the form of dry mouth, taste disturbance, and swallowing problems. Newer and more precise radiotherapy techniques such as proton therapy may offer promising potential for acute and chronic toxicity reduction while maintaining excellent disease control.

Patients treated for NPC should receive regular medical and dental examinations to check for recurrence, manage any side effects, and monitor overall health. Some long-term side effects may linger beyond the treatment period or may develop months or even years post-treatment. Thyroid function test should be done annually and thyroid hormone replacement commenced when required. Periodic ear examinations may also be necessary to remove any dried earwax that has built up.