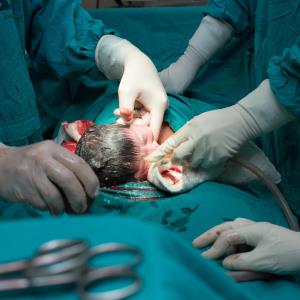 Dr Ravichandran Nadarajah, a consultant at the Department of Obstetrics & Gynaecology, Singapore General Hospital, speaks to Roshini Claire Anthony on the importance of early diagnosis and prevention of cervical cancer.

Cervical cancer is the fourth most common female malignancy in both incidence and mortality worldwide, following breast, colorectal, and lung cancer. It results in approximately 527,600 new cases and 265,700 deaths annually.

In Singapore, the incidence rate for cervical cancer has declined significantly and ranks as the 10th most common cancer among women and the 8th highest cancer mortality rate in Singapore with 357 deaths. [https://www.nrdo.gov.sg/docs/librariesprovider3/default-document-library/cancer-trends-2010-2014_interim-annual-report_final-%28public%29.pdf?sfvrsn=0]

To accurately diagnose cervical cancer, a thorough history and pelvic examination, including speculum and bimanual examination, must first be performed. If the cervix appears abnormal or if Pap smear results are abnormal, referral should be made to a gynaecologist for colposcopy.

Although there is little evidence for the usefulness of cervical cytology among women aged <25 and >69 years for whom cervical cytology is no longer recommended, if they present with abnormal symptoms and have high risk factors, a speculum and pelvic examination along with Pap smear should be performed. If the symptoms persist even though their Pap smear is normal, referral to a gynaecologist should be made for further evaluation.

Like any other screening test, Pap smear is not 100 percent accurate. A recent study by researchers at SGH found that cotesting, which combines Pap smear and HPV DNA test, significantly improves the detection rate of cervical cancer than either test alone.

There has also been growing evidence from international studies which show that combining Pap smear and HPV DNA tests pushes the detection rate for cervical cancer up to 95 percent.

Women aged >25 years can opt for cotesting. The presence of an incidental HPV infection is common in the under-30 age group. The recommended screening interval for women with both negative cytology and HPV cotesting is once every 5 years, as there is increased sensitivity when compared with cytology alone, allowing for greater detection of precancerous changes while allowing longer screening intervals without adding significant risk. Annual screening is recommended for women who are immune-compromised, such as those with HIV or organ transplant patients receiving immunosuppressive treatment.

Although studies have shown that high-risk HPV testing is safe and has high sensitivity, it is still recommended that the HPV test be combined with a Pap smear to accurately test for cervical cancer. This is because testing positive in an HPV test does not always mean a woman has cervical cancer – the infection leads to a higher risk of such cancer in around 20–30 percent of cases.

GPs should refer women with abnormal Pap smear results, symptoms, or cervical lesions to a specialist for further evaluation.

Gynaecologists can do the tests needed to diagnose precancers and cancers and may also be able to treat precancers. The tests include colposcopy (with biopsy), endocervical scraping, and cone biopsies. Colposcopy is the accepted diagnostic test for evaluating abnormal Pap tests to determine the presence, location, grade, and extent of CIN. If the colposcopy results are negative or consistent with a low-grade abnormality, the Pap test should be repeated in 1 year. The colposcopy should be repeated if the subsequent Pap test results remain abnormal. If moderate or high-grade cervical dysplasia is confirmed, ablation, cryotherapy, loop electrosurgical excision procedure, and cervical cone biopsy (also known as conisation or cold knife cone biopsy) are acceptable options for treating cervical intraepithelial neoplasia (CIN). If there is a diagnosis of invasive cancer, the woman should be referred to a gynaecologic oncologist.

The diagnosis of cervical cancer is based on cervical biopsy performed following colposcopy examination or visible lesion. Subsequently, the woman will be staged according to International Federation of Gynaecology and Obstetrics (FIGO) staging based on clinical examination. A thorough pelvic examination and imaging are mandatory for FIGO staging.

The introduction of the HPV vaccine has reduced the incidence of cervical cancer both locally and internationally.

All the multivalent vaccines have well-established efficacy in the prevention of cervical cancer and its precursors. The vaccines have minimal systemic adverse reactions, positive safety profiles, and long-term immune response. However, as the vaccine only covers 70 percent of HPV viruses, it is important that women should adhere to the cervical screening programme.

The HPV vaccine is underutilized in Singapore due to several reasons such as the three-dose schedule, accessibility and cost, provider discomfort in discussing sexual health with parents and young patients, and the notion that vaccination against HPV will encourage unsafe sexual activity among adolescents.

Surgery is offered to women with stage IA1 to IB1 and in selected patients with IB2 to IIA1, and involves simple hysterectomy or radical hysterectomy with pelvic lymph node dissection. Such procedures can be performed using vaginal approach, laparotomy, and less invasive methods such as laparoscopy or robotic surgery. Sentinel lymph nodes may be considered in early stage, stage IA, and stage IB1. If lymphovascular space invasion is present, pelvic lymphadenectomy needs to be considered.

In women with advanced disease who are not suitable for surgery, chemoradiation is the recommended treatment. Standard radiation treatment of cervical carcinoma is external pelvic irradiation plus brachytherapy. Concurrent chemoradiation confers a significant overall survival benefit compared with radiation alone, as well as reduces local and distant recurrence, and improves disease-free survival.

According to FIGO, accurate staging is a cornerstone in determining the type of treatment – either surgery or concurrent chemoradiation. Combined modality surgery with chemoradiation is associated with significant risk and complications without additional survival benefit. Patient selection is important to decide on suitable treatment.

Stages IA2–IB1 with tumour size <2 cm, cervical stromal invasion of less than 50 percent, and node negative on MR/CT imaging are considered low risk. Simple or radical trachelectomy, with either pelvic lymphadenectomy can be offered as treatment for young women who are low-risk and wish to preserve their fertility. This group of patients needs to be monitored closely as they have a high risk of complications during pregnancy such as miscarriage, and preterm labour and delivery.

Invasive cervical cancer may be found during the pathological evaluation of the specimen of a simple hysterectomy for an apparently benign condition.

Overall, survival is lower in cases of tumour cut-through, leaving residual disease. When this happens, a PET/CT scan, or a pelvic and abdominal CT or MRI scan and chest imaging should be performed, to assess the extent of the disease.

The treatment proposal should be tailored based on the histologic and radiologic findings. Pelvic radiation (with or without concurrent chemotherapy) and vaginal brachytherapy should be considered.

A multidisciplinary decision-making team with the involvement of an obstetrician, neonatologist, and psychologist is recommended to make a tailored individual therapeutic proposal.

In general, the management of cervical cancer in pregnant women follows the same principles as in non-pregnant women. Cases before 16–20 weeks are treated without delay with either surgery or chemoradiation. From the second trimester, surgery and chemotherapy can be used in selected cases while preserving the pregnancy. If the diagnosis is made after 20 weeks, treatment delay appears to be an option for stages IA2 and IB1. Treatment consisting of classical Caesarean delivery and radical hysterectomy is often undertaken when a balance is reached between competing maternal and foetal health risks, usually not later than 34 weeks of pregnancy.

The following complications are associated with cervical cancer treatment:

Both GPs and specialists play an important role in providing both physical and psychological support not only to the patient but also caregivers and family members to help them cope with treatment side effects and maintain good quality of life. Early identification and recognition of side effects and appropriate referral will help to minimize complications.

With effective screening, cervical cancer is a preventable disease. The introduction of HPV test and vaccination will further reduce the incidence of cervical cancer.