Mammography screening in older women: When to stop? 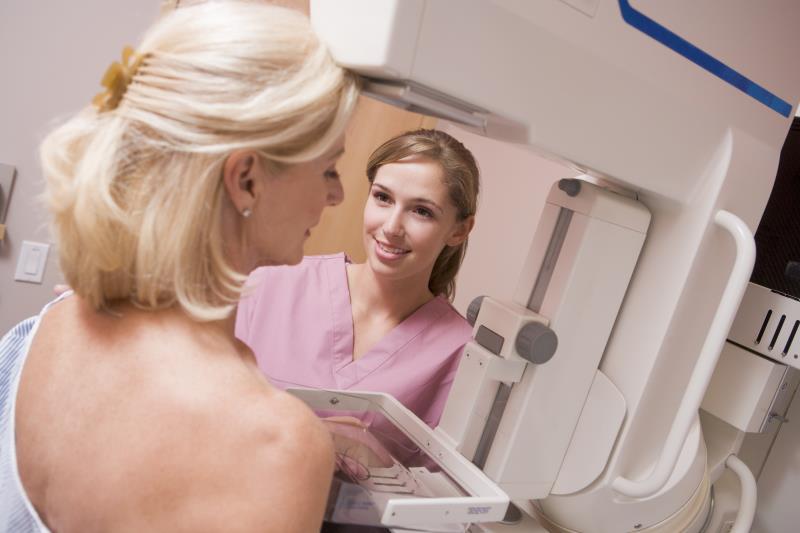 Continuing mammography screening annually might not benefit healthy women aged 75 years and above, suggests a large-scale, population-based study in the US.

“An important question in cancer screening is the age at which it should stop,” wrote Dr Otis Brawley of Johns Hopkins University, Baltimore, Maryland, US in an accompanying editorial. [Ann Intern Med 2020;doi:10.7326/M20-0429]

“High-quality studies … have shown that screening women in their 50s and 60s decreases breast cancer deaths. However, the point at which women can safely stop screening … has not been studied,” the researchers noted.

Participants in the population-based, observational study were 1,058,013 Medicare beneficiaries aged 70–84 years with a life expectancy of ≥10 years, who had not previously been diagnosed with breast cancer and recently underwent screening mammography. They were randomly assigned to either stop screening or continue with screening mammography every 12 months.

“The reduced benefit in older women is consistent with the hypothesis that competing causes of death, such as cardiovascular or neurologic conditions, overtake breast cancer mortality with increasing age,” explained the researchers.

As expected, women who continued screening had a higher chance of being diagnosed with breast cancer than those who stopped screening (estimated 8-year risk, 5.5 percent vs 3.9 percent).

According to the authors, women under the “stop screening” strategy were treated more aggressively because by the time breast cancer was diagnosed, they were “either aggressive asymptomatic tumours or tumours that would not have become clinically apparent in the absence of screening.”

Limited by diagnosis or treatment?

One main limitation of the study, however, is that the data was gathered between 1999–2008, the period when digital mammography was just being introduced, Brawley pointed out. Currently, 3-D mammography is commonly used and comes with a lower false-positive rate compared with conventional mammography. “[Thus,] the finding may not fully represent current practice,” noted Brawley.

“It is especially unfortunate that we cannot demonstrate that screening after age 75 years saves many lives … [seeing that] one-third of American women who die of breast cancer are diagnosed after age 70 years,” he stated.

“They will focus on identifying the woman who is likely to benefit from screening and treatment—that is, the woman at high risk for breast cancer who is otherwise in good health,” he said.