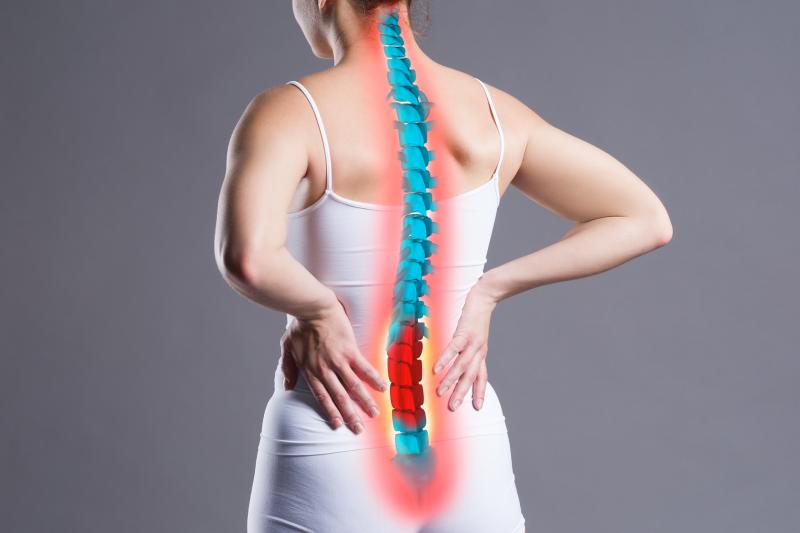 Chronic pain frequently occurs in patients with axial spondyloarthritis (axSpA), with no differences seen in any pain measures between those with ankylosing spondylitis (AS) and nonradiographic axSpA, a recent study has shown. In addition, higher pain sensitivity is predictive of having worse disease and health outcomes.

A team of investigators enrolled 175 consecutive patients with axSpA in the population-based SPARTAKUS cohort (2015–2017) and classified them as AS (n=120) or nonradiographic axSpA (n=55). Pain was assessed using questionnaires (intensity/duration/distribution) and computerized cuff pressure algometry to measure pain sensitivity (pain threshold/pain tolerance/temporal summation of pain).

Finally, the investigators compared pain measures between patients with AS and nonradiographic axSpA and examined the associations between pain sensitivity measures and disease and health outcomes using linear regression models.

Forty-three percent of axSpA patients reported chronic widespread pain, with no significant differences noted in any questionnaire-derived or algometry-assessed pain measures between patients with AS and nonradiographic axSpA.

Additionally, patients with lower pain threshold were more likely to have worse ASDAS-CRP and MASES, while those with higher temporal summation tended to have longer symptom duration, unacceptable pain, and worse BASMI.

“The results indicate that patients with AS and nonradiographic axSpA, in line with most clinical characteristics, have a similar pain burden, and they highlight large unmet needs regarding individualized pain management, regardless of axSpA subgroup,” the investigators said.