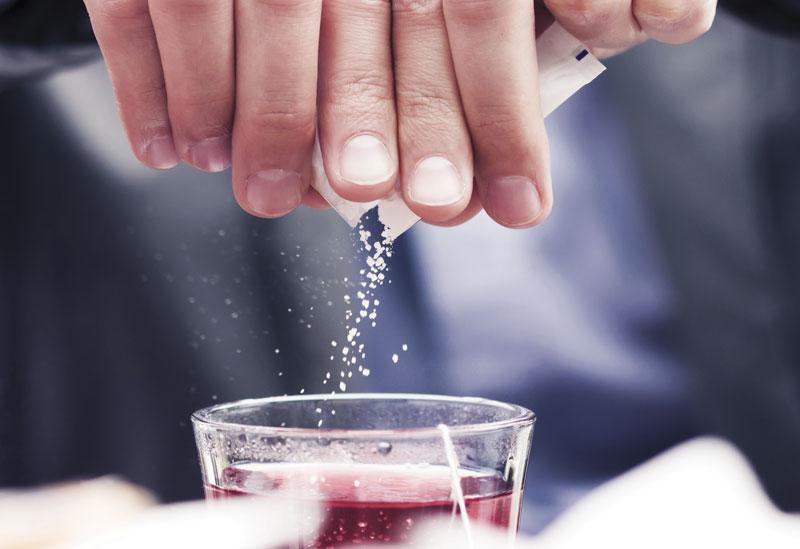 Consumption of low-energy sweeteners (LES), alone or in combination with a nutrient-containing preload, appears to have no acute effects on the mean changes in postprandial glycaemic or insulinaemic responses relative to a control intervention, reports a study.

“Apart from a small beneficial effect on postprandial glucose (PPG; −0.3 mmol/L) in studies enrolling patients with type 2 diabetes, the effects did not differ by type or dose of LES, or fasting glucose or insulin levels,” the investigators said.

The databases of Medline, Ovid FSTA, and Scopus were systematically searched until January 2020 for randomized controlled trials comparing acute effects on PPG and/or postprandial insulin (PPI) after exposure to LES, either alone, with a meal, or with other nutrient-containing preloads to the same intervention without LES.

The investigators calculated PPG and PPI responses as mean incremental area under the curve divided by time. Random effects models with inverse variance weighing were used to carry out the meta-analyses.

Twenty-six papers including 34 PPG trials and 29 PPI trials were eligible for meta-analysis. No statistically significant differences were observed in the effects of LES on PPG and PPI responses compared with control interventions. The pooled effects of LES intake on the mean change difference was –0.02 mmol/L (95 percent confidence interval [CI], –0.09 to 0.05) in PPG and –2.39 pmol/L (95 percent CI, –11.83 to 7.05) in PPI.

There was no significant difference in the results regarding type or dose of LES ingested, cointervention type, or fasting glucose and insulin levels. Moreover, the mean change difference among patients with type 2 diabetes indicated a smaller PPG response after LES exposure relative to control (–0.3 mmol/L, 95 percent CI, –0.53 to –0.07).