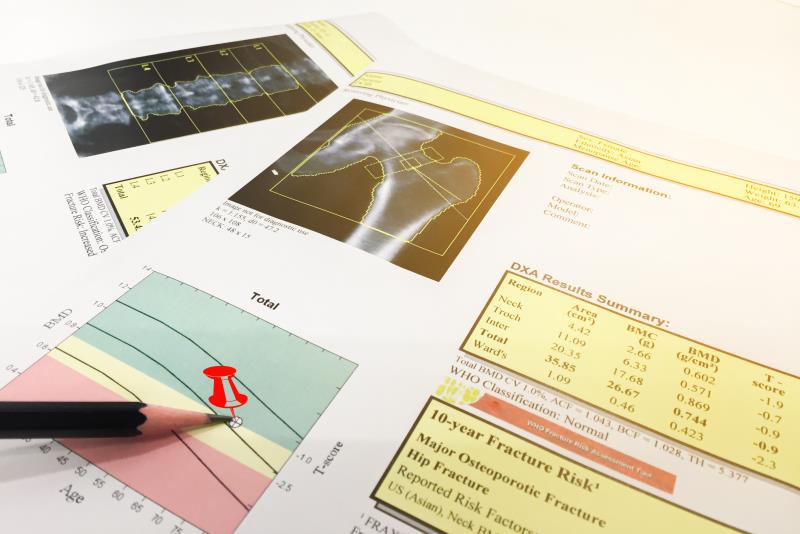 Childhood cancer survivors (CCS) appear to have an increased risk of low bone mineral density (BMD) and fracture compared with the general population, according to a cross-sectional study from the Netherlands.

“We found that adult CCS are at increased risk of fractures and vertebral fractures. And we found that very low lumbar spine BMD was significantly associated with fractures,” the researchers said.

“Our findings highlight the importance of BMD surveillance in high-risk survivors,” they added.

The findings were based on the DCCSS* LATER cohort, which comprises CCS diagnosed with cancer before age 19 years who were alive for ≥5 years post-diagnosis and who had received treatment at one of the seven Dutch paediatric oncology centres in 1963–2001. The researchers identified 2,003 survivors aged 18–45 years (mean age 33.1 years, 48.2 percent female) as of October 10, 2016, who were residents of the Netherlands. The median time since cancer diagnosis was 25.3 years.

A total of 952 fractures occurred ≥5 years after cancer diagnosis, of which 620 were first fractures. About 33 percent of participants experienced any fracture, 17.8 percent long bone fracture, and 13.3 percent post-diagnosis fragility fracture. Twenty-eight percent of fractures affected the lower arm.

Standardized incidence ratio (SIR) of any fracture was higher in female compared with male CCS (5.35 and 3.53, respectively**). The SIR was generally consistent across age groups in men, but among women, was highest when occurring at age 5–10 or 30–40 years (SIRs, 7.11 and 7.47, respectively).

Twelve percent of patients (n=249) were assessed for vertebral fractures, of whom 13.3 percent (n=33) had documented vertebral fractures (43 fractures). The fractures were primarily grade 1 (67.4 percent) and were most common in participants with a prior history of neuroblastomas, bone tumours, or CNS tumours. Exposure to cranial radiotherapy (OR, 1.74), low and very low BMD (ORs, 1.79 and 1.86, respectively), and severe vitamin D deficiency (OR, 1.88) were associated with vertebral fracture, as was older age at follow-up.

The higher risk of fracture in older women and further along in follow-up suggest that “skeletal morbidity could become even more prominent as survivors of childhood cancer age,” the researchers noted.

“Our findings suggest that more intensive surveillance and adequate interventions for the assessed endocrine disorders … and vitamin deficiencies might be needed to reduce the risk of low and very low BMD and fractures for adult survivors of childhood cancer,” the researchers said.

All CCS were grouped together so factors pertaining to the low BMD and fracture risk based on individual cancer types were not identified. Information on trauma level preceding the fractures was also not available.