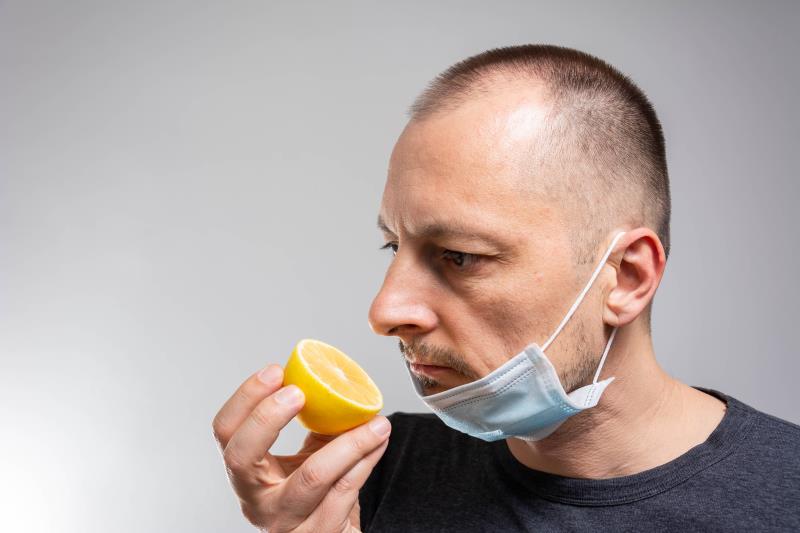 Impaired smell function occurs more commonly in people with mild rather than moderate-to-critical forms of COVID-19 illness, a study finds.

Nonetheless, majority of these patients recovered their sense of smell by 6 months.

In the multicentre observational study, researchers analysed data of 2,581 COVID-19 patients (mean age 44.5 years, 63 percent female) from 18 hospitals across Europe. Cases were classified as mild if presented without hypoxia or evidence of viral pneumonia. Those showing clinical signs of pneumonia but oxygen saturation by SpO2 ≥90 percent on room air were considered as moderate while those with pneumonia and at least one sign* of respiratory distress were severe cases. Patients in critical state had acute respiratory distress syndrome, septic shock or sepsis and were hospitalized in ICU.

Similar findings were seen based on objective evaluations of olfactory function using Sniffin-Sticks test. Hyposmia/anosmia was detected in 54.7 percent of patients with mild COVID-19 compared with 36.6 percent in those with moderate-to-critical forms of the disease (p=0.001).

While impairment of smell function lasted for an average of 21.6 days, almost a quarter of patients (24.1 percent) still had not recovered their sense of smell subjectively after 60 days of symptom onset.

In particular, the more severe the OD was at baseline (measured objectively), the longer the impairment persisted (p<0.001).

The researchers also found that anosmia was more prevalent among younger patients then elderly individuals.

“The high prevalence of OD in COVID-19 patients supports the need for primary care, ear, nose and throat (ENT) and neurology physicians to be able to counsel patients regarding the likelihood of recovery, and to identify those at risk of persistent OD, such that therapeutic strategies can be targeted appropriately,” said the researchers.

“Considering both subjective and objective data, we may suggest that the 60-day recovery rate ranges from 75–85 percent,” they stated.

To help differentiate between OD occurring during common cold vs COVID-19, the researchers pointed out that OD in common cold is usually associated with rhinorrhoea, nasal congestion, and olfactory cleft oedema, which could last 2–3 weeks.