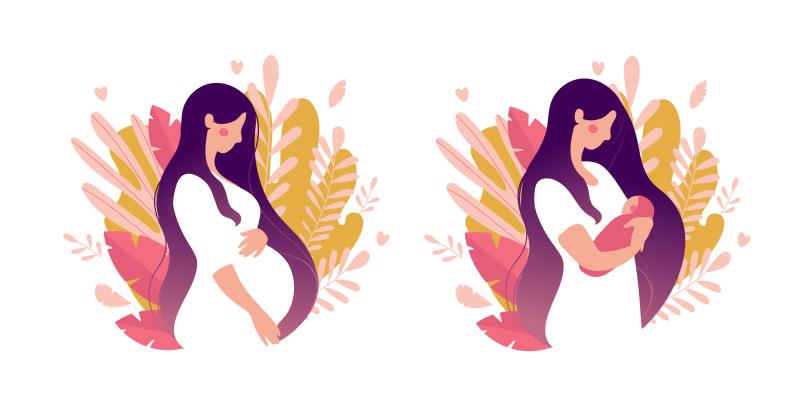 In pregnant women with a history of venous thromboembolism (VTE), receipt of low-molecular-weight heparin (LMWH) at either a weight-adjusted intermediate-dose or fixed low-dose during the antepartum and postpartum periods results in similar VTE incidence, according to findings of the Highlow study. However, there was a numerically lower incidence of VTE during the postpartum period with intermediate-dose LMWH.

“VTE in the combined antepartum and postpartum period was not statistically different between the groups [that received the intermediate-dose or low-dose of LMWH],” said study author Professor Saskia Middeldorp from the Radboud University Medical Center, Nijmegen, the Netherlands, who presented the findings at ISTH 2022.

The international, prospective, open-label trial involved 1,110 pregnant women (mean age 32 years, median BMI 25 kg/m2) with a history of VTE. They were randomized 1:1 to receive weight-adjusted intermediate-dose (approximately half the therapeutic dose administered once/day) or fixed (standard prophylaxis) low-dose LMWH from before 14 weeks gestational age until 6 weeks postpartum. The women were followed up until 3 months postpartum.

Median gestational age at randomization was 9 weeks. Median time since prior VTE was approximately 5 years, with 7.4 and 8.3 percent of women in the intermediate- and low-dose LMWH groups, respectively, having ≥2 prior VTE episodes. Forty-eight and 45 percent, respectively, had prior exposure to LMWH.

The secondary outcome of VTE or superficial thrombophlebitis (SVT) showed some benefit with the intermediate vs low dose of LMWH (RR, 0.45, 95 percent CI, 0.24–0.85). There was also a numerically lower incidence of pulmonary embolism (PE; 0.2 percent vs 1.6 percent) with the intermediate dose.

VTE occurred antepartum in five women each (0.9 percent) in the intermediate- and low-dose LMWH groups, respectively, and postpartum in six and 11 women (1.1 percent vs 2.0 percent), respectively.

“Pregnancy-related VTE is the leading cause of maternal mortality, at least in the Western world,” said Middeldorp. Women with a history of VTE are at the greatest risk of developing pregnancy or postpartum VTE, with the risk up to 10 percent in the absence of thromboprophylaxis, she said.

Advice on thromboprophylaxis dose in pregnant women has been extrapolated from patients who underwent orthopaedic surgery which represents a different population. Additionally, studies have shown treatment failure of low-dose LMWH. It was hypothesized that the intermediate dose of LMWH would be superior to the low dose in terms of effectiveness, said Middeldorp.

“[In this study,] intermediate-dose LMWH showed a lower risk of PE, SVT, and the composite of VTE and SVT, and most of the benefit was observed in the postpartum period,” she said.

The results suggest that during the antepartum period, low-dose LMWH is appropriate, while during the postpartum period, intermediate-dose LMWH appears to be more efficacious without increasing the risk of bleeding, with the latter finding considered hypothesis-generating that requires assessment in a new randomized trial, she continued.