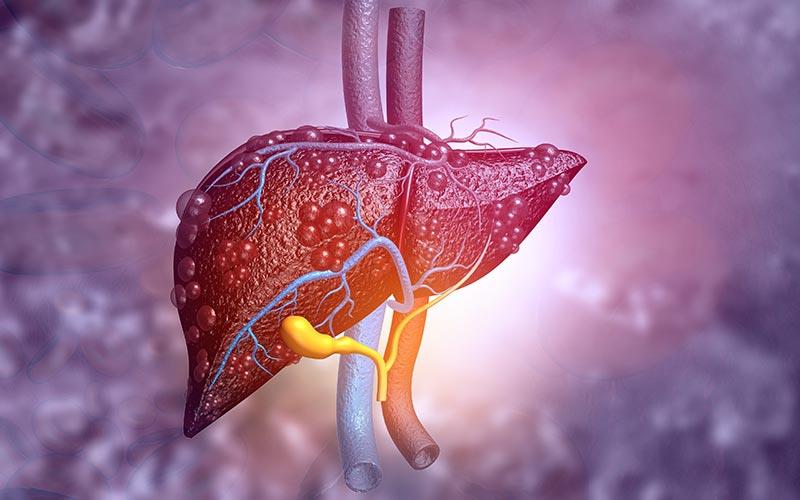 “The higher degree of liver stiffness in patients with NAFLD, the higher risk of CHD in these NAFLD patients,” the researchers said.

The addition of liver stiffness to a prediction model that included age, gender and cholesterol led to a more robust predictive value (p=0.005).

Previous studies have shown the negative effect of NAFLD on CHD risk, which could have certain implications for the screening and surveillance strategies that should be used for the increasing number of NAFLD patients. [Nat Rev Gastroenterol Hepatol 2013;10:330-344; Hepatology 2014;59:1174-1197]

Studies in Italy also found a significantly higher CHD prevalence in patients with diabetes and NAFLD than in those without NAFLD. They also showed that NAFLD was predictive of CHD, independent of traditional risk factors. This was then supported by Mirbagheri and colleagues in their study, in which they found that NAFLD was the strongest predictor of CHD as compared to both age and diabetes. [Diabetes Care 2007;30:1212-1218; J Hepatol 2010;53:713-718; Liver Int 2007;27:891-894]

“Although the pathophysiological mechanisms linking NAFLD with CHD are not completely understood, NAFLD is associated with the metabolic syndrome, which comprises abdominal obesity, ectopic fat accumulation, hyperglycaemia, insulin resistance, atherogenic dyslipidaemia and hypertension, all of which predispose toward inflammation and atherosclerosis,” the researchers said.

The present study recruited 120 consecutive patients who had been initially diagnosed with CHD based on their symptoms. All participants underwent coronary angiography or computed tomography angiography and were classified into a CHD or a non-CHD group according to the results. The patients underwent liver ultrasonography, shear-wave elastography and visceral fat thickness measurement.

“Further investigation, involving a large-scale prospective study, is warranted to determine the accuracy and the clinical efficacy of the measurement of liver stiffness in patients with NAFLD for the diagnosis of CHD,” the researchers said.