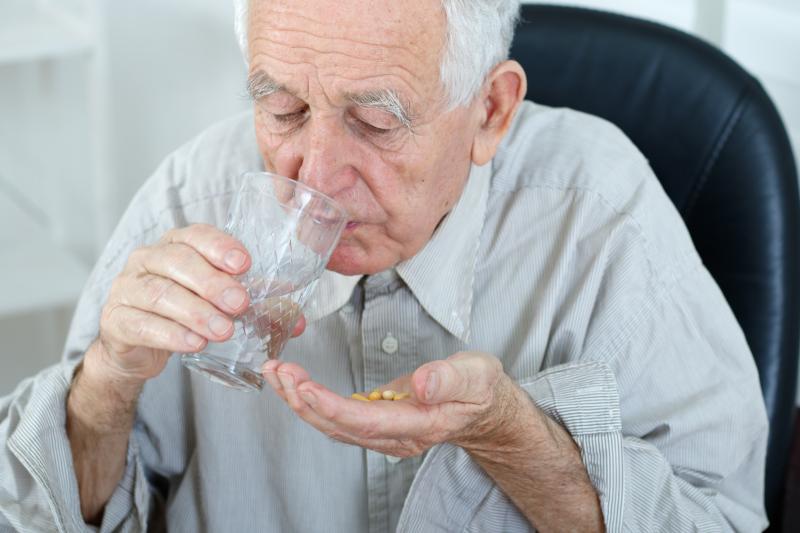 Use of ezetimibe to manage elevated low-density lipoprotein cholesterol (LDL-C) levels in individuals aged ≥75 years proves beneficial in the primary prevention of coronary artery disease (CAD) events, reducing the risk of a composite of sudden cardiac death, myocardial infarction, coronary revascularization or stroke, according to data from the open-label EWTOPIA* 75 trial.

“Ezetimibe reduced the risks of primary outcome by 34 percent and composite cardiac events by 40 percent with directionally consistent effects seen for components of the primary outcome. Moreover, a subgroup analysis indicates consistent results both in men and women,” the investigators said.

Results for the secondary outcomes showed a similar pattern, with ezetimibe exerting a protective effect on the risk of incident composite cardiac events (HR, 0.60, 0.37–0.98; p=0.039) and coronary revascularization (HR, 0.38, 0.18–0.79; p=0.007). In spite of this, no significant between-group difference was seen in the incidence of stroke, all-cause mortality or adverse events.

“Ezetimibe was well tolerated and did not increase the incidence of adverse events as compared with the control group. Furthermore, no statistically significant difference was found in the incidence of non-CAD causes of death, including deaths from cancer between the [treatment arms],” according to the investigators.

Magnitude of benefit larger than expected

The number needed to treat to prevent one primary composite outcome event in the current study was 37.6, which is lower compared to those obtained in two previous studies evaluating the effect of lipid-lowering therapy on cardiovascular outcomes in elderly individuals: 47.1 in PROSPER** (pravastatin) and 50.0 in IMPROVE-IT*** (ezetimibe plus simvastatin). [Lancet 2002;360:1623-1630; N Engl J Med 2015;372:2387-2397]

The numbers suggest that ezetimibe monotherapy represents a potentially useful option to treat dyslipidaemia in older adults, especially those with statin-related adverse events (eg, rhabdomyolysis), as pointed out by the investigators. [Lancet 2007;370:1781-1790]

EWTOPIA 75 is the first clinical study to demonstrate the clinical benefits of ezetimibe monotherapy, and the investigators emphasized that the larger-than-expected treatment effect should be construed in light of the following limitations: the open-label design of the trial, its premature termination (after 3,796 of 6,000 planned participants) and issues with follow up.

“Until [the present] findings are replicated in other studies on ezetimibe monotherapy for primary prevention, caution is required when interpreting the magnitude of treatment effect… [which] may reflect the play of chance, and the early closure of the trial might have exaggerated the true treatment effect,” they added.

**The Prospective Study of Pravastatin in the Elderly at Risk