Life in Private: Know your boundaries and your limits 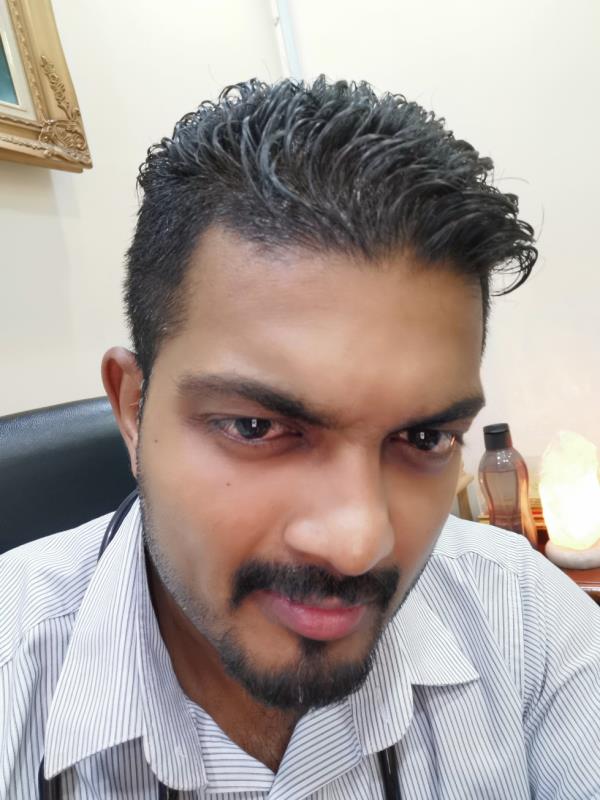 MIMS Doctor got the chance to sit down with Dr K. Siva Kumar, who runs a GP clinic in an urban area of Petaling Jaya, to talk about his experiences as a GP and the philosophies that have brought him this far.

The early days
Siva completed his MBBS in Manipal, India, after which he spent a year as a houseman. He returned to Malaysia in 1999 and was given housemanship posting at Sultanah Aminah Hospital in Johor Bahru. “Back then, there were three compulsory postings for housemen, compared to the six postings in the current system,” said Siva. A houseman only had to complete an attachment with the general medicine, and obstetrics and gynaecology (O&G) ward plus another at the orthopaedic, surgery or paediatric wards.

After completing his posting in Johor, Siva transferred back to Selangor and was given a Medical Officer (MO) posting at Klang General Hospital (GH). As his previous posting at Sultanah Aminah Hospital was in the O&G unit, he proceeded to be stationed in the same unit at Klang GH. He feels the current system (of 2 years housemanship plus 2 years as medical officer) is an improvement over the previous (1-year housemanship and 3 years as medical officer) as housemen can now experience working in more wards, and thus increase their exposure to various working conditions and diseases. “During my time, there was a lot of learning on the job as we only had to choose orthopaedics, surgery or paediatrics in addition to the other two compulsory postings. Hence, we lacked experience in other areas.”

When the time came to decide whether he should specialize or strike out on his own, Siva sought his seniors’ opinion. He was told that ‘one should not think about the money if one were to decide to specialize’ as it would involve many years of being relatively poor. In the end, he decided to end his tenure in the government practice and venture into GP practice. In 2002, Siva spent the last 6 months of his attachment with Klang GH in the forensics department as he wanted to experience a setting similar to the ‘Crime Scene Investigation’ show.

When he set out on his own, Siva worked as a ‘full-time locum’ in a clinic with the understanding that he would eventually be made partner or given the chance to buy over the clinic. While locuming, Siva tried his hand at some non-medical business ventures but none proved successful. It seems fate wanted him to remain a doctor. After a few years, it became obvious that it was unlikely he would ever be made partner or offered a chance to take over the clinic, and he left to set up his own. As a testament to his charisma and work ethics, the entire crew of nurses and assistants decided to join him in his new venture.

To say the early years was tough might be an understatement. Siva said: “I sold my wife’s and my own car and borrowed my father-in-law’s car when the need arose.” With his little savings, he rented the ground floor of a shop unit and made the barest renovations to comply with the requirements of the Private Healthcare Facilities and Services Act 1998. In the first years of setting up his clinic, the establishment was like a home to him. In fact, he slept there most nights as the clinic operated on a 24-hour basis. In spite of the hardships, he was never in doubt of succeeding as he knew he could put in the long hours and the effort. It was just a matter of time before things fell into place. Indeed, slowly but surely, he began to establish himself and by 2011, he decided to stop running the clinic on a 24-hour basis.

While caring for patients, remember to pay attention to yourself
There’s one thing that is immediately obvious when one meets Siva—he looks younger and better built than peers in their 4-plus decades of life. The secret is no secret, it’s exercise. He said: “I make it a point to work out 6 times a week and go for cardio [badminton] twice a week.” Does he ever slack? Almost never. Part of the reason he decided to sign up for a gym membership was that it isn’t dependent on the availability of other members—as in the case with team sports—and thus allows him to work out alone. As for his philosophy on exercise, he said one should exercise before everything falls apart. “It’s no longer very helpful to start exercising at 40 or 50 when you have a host of lifestyle diseases. Of course, I’m not saying you shouldn’t exercise at that age, but it is much better to get started before the onset of these diseases.”

It was quite a surprise to hear that he had already started exercising regularly at the gym from the age of 15. By then, he already knew the importance of staying healthy and preventing diseases instead of treating them. This philosophy of taking care of himself is also reflected in his practice. Doctors often spend hours providing service to their patients, often working until late at night and neglecting their health and family. For Siva, work stays in the clinic when he clocks off. “Yes, you have a responsibility to the patients, but the patients can’t take care of you if you fall sick.” Additionally, he places priority on spending time with his wife and four children.

When asked about his plans to expand his clinic ie, setting up branches, Siva said an experience some years back made him rethink his priorities. He was coaxed by a friend to invest in a business venture, but things quickly went south and he was left with a massive debt which nearly bankrupted him. After this harrowing experience, Siva came out of it a different man. He decided that any venture and its ensuing stress would have to be commensurate with the returns. He said: “If it doesn’t, then stop! At the end of the day, how much is enough?” He was no longer chasing for money but instead chose to prioritize his family. He added: “When you’re in your 60s, no one is going to ask you what car you are driving or how big is your house. Instead they’ll be asking what medical conditions do you have and how are your kids doing?”

What sets him apart from the others? “I take it as a personal challenge to go beyond text books [in diagnosing and treating patients],”said Siva. He has learnt to trust his instincts and employs a few methods apart from basic questioning and tests. Additionally, his careful treatment of the patients also fosters a strong bond. He said doctors owe patients sincere service and medical treatment to the best of their abilities.

What worries you?
Siva voiced concern over the way medicine is headed. He said private hospitals are run almost exclusively like a business entity and people in positions of power are those from finance or business backgrounds. This creates a situation of apathy and disregard for the doctors and patients. He said that sooner or later doctors working at private hospitals would be pressured to keep up with the management’s key performance indices (KPIs). At the top of these KPIs are usually money. Doctors may be coerced into making ethically questionable decisions such as ordering procedures or tests which may not be absolutely necessary.

While doctors are strictly regulated, private hospitals are not. “There are no proper regulations or policing bodies to overlook private healthcare establishments,” said Siva. At the end of the day, it will be the doctors and patients at the receiving end of bad business practices and protocols.