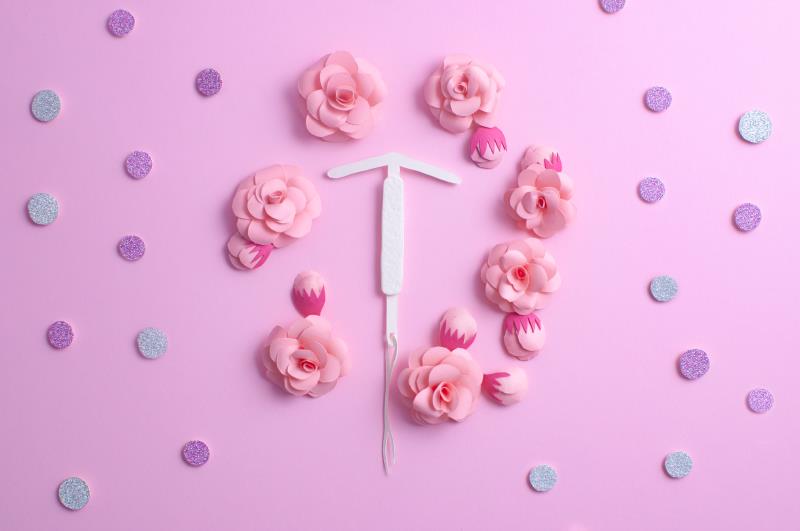 The use of an intrauterine device (IUD) containing levonorgestrel 52 mg cuts heavy menses in obese nulliparous women in a phase III study.

There was a 97-percent reduction in blood loss 6 months after IUD placement in this cohort. [ACOG 2022, abstract A116]

Over 100 women with heavy menstrual bleeding were included in the study. Median blood loss at two menses before IUD insertion was 165 mL (range, 73–520 mL). The women were 65 percent White, 24 percent Black, 10 percent Hispanic, 4 percent Asian, and 7 percent were of other racial groups. About 30 percent had never given birth. None had known medical causes of bleeding.

“Levonorgestrel is a progestogen that suppresses the endometrium,” said Creinin. “It reduces the volume and duration of menstrual bleeding.”

In the study, blood loss at 6 months was 97.5 percent lower than baseline, regardless of parity or women’s BMI, added Creinin.

Of the 23 percent of women who failed to complete the trial, 4 percent had experience device expulsion, a rate that was doubly higher than observed in women using hormone-releasing IUDs. It is consistent with other studies [Eur J Contracept Reprod Health Care 2014 Jun;19:169-179] among patients with quantitatively proven heavy menstrual bleeding, Creinin pointed out.

Six percent of women removed the device because of bleeding and cramps. Nine percent were lost to follow-up or withdrew consent. Five percent discontinued treatment for unknown reasons.

A new option for the obese

The results would help fill the gap in research particularly because previous clinical trials of IUDs excluded significantly obese, as well as nulliparous, women.

In fact, no studies have examined IUD use exclusively in overweight and obese populations, but there’s no biologically plausible reason to anticipate decreased safety or efficacy in heavier women, said Dr William Schlaff from Thomas Jefferson University, Philadelphia, Pennsylvania, US, who is unaffiliated with the study.

“We now have objective data from a well-designed study that supports a practice that many of us have felt is probably a good one,” he commented.