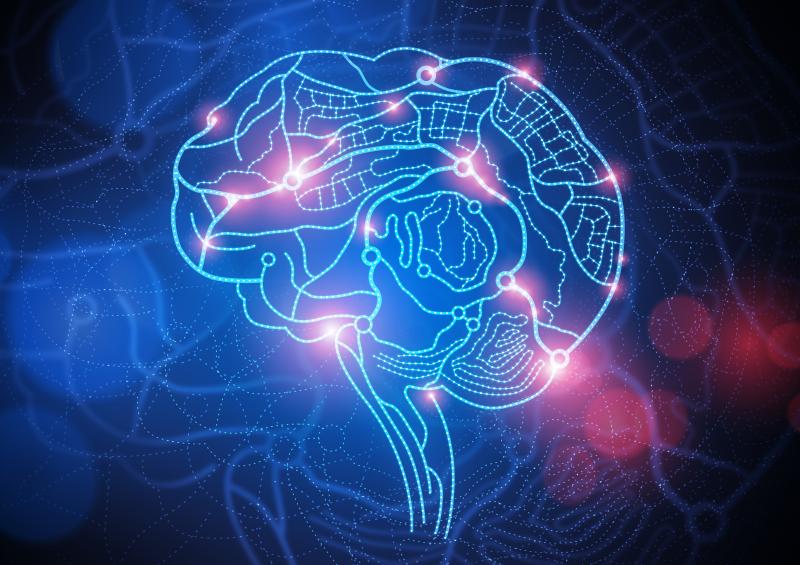 An observational single-institution cohort study provides evidence that levetiracetam use throughout the duration of standard chemotherapy is associated with longer median overall survival (OS) in patients with isocitrate dehydrogenase (IDH) wild-type glioblastoma.

Of the 460 patients with newly diagnosed IDH wild-type glioblastoma included in the study, 162 patients (35.2 percent) had epileptic seizures and 171 patients (37.2 percent) were taking at least one antiepileptic medication. In the cohort, 116 patients took levetiracetam for the duration of chemoradiation, 126 took it part of the time and 218 never took it. Patients who used levetiracetam for the duration of standard chemoradiation were case-matched 1:1 to those who used it part or none of the time, while on chemoradiation. [Neurology 2021;doi:10.1212/WNL.0000000000013005]

“Since epileptogenic and oncogenic processes are intermixed in cerebral diffuse gliomas, an antiepileptic drug can have antitumour effects in addition to its effectiveness against epileptic seizures,” explained the researchers. “This has practical implications, as an antiepileptic drug, such as levetiracetam, can be introduced to the treatment regimen as an antitumor adjunct in combination with temozolomide during the standard chemoradiation protocol of IDH wild-type glioblastoma patients.”

“This study provides Class III evidence that in individuals with IDH wild-type glioblastoma, levetiracetam use throughout the duration of standard chemotherapy is associated with longer median OS. At a time when several antiepileptic drugs, such as sodium valproate, perampanel and levetiracetam, have been suggested to affect IDH wild-type glioblastoma prognosis, further prospective multicentre controlled trials aiming at investigating the survival benefit of each of these drugs should be considered,” they concluded. [Clin Neurol Neurosurg 2018;174:149-155; J Pers Med 2021;11:390; Sci Rep 2020;10:10783]