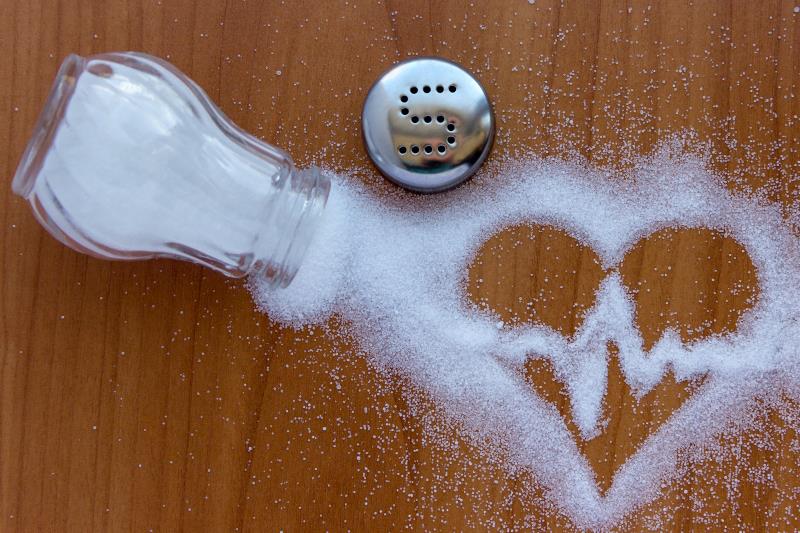 Population-wide policies to lower the amount of salt people consume may considerably cut the incidence of cardiovascular disease (CVD) in Singapore, as reported in a recent study.

If everyone consumed 4-gram less salt per day, the nation would avert the greatest incidence and disability-adjusted life years (DALYs) for stroke and acute myocardial infarction (AMI), according to a team of researchers from Saw Swee Hock School of Public Health, National University of Singapore.

“Should a population-wide intervention be unfeasible, however, [the same amount of reduction in salt intake among] the overweight would be highly effective,” they added.

The team used a population model, GeoDEMOS, to quantify the impact of several salt reduction initiatives (0.5, 2.0, and 4.0 g daily), along with the World Health Organization recommendation of a maximum reduction of 5.0 g per day, over 30 years. These interventions were modelled in four different population groups namely the entire Singapore population, the elderly (aged ≥65 years), overweight individuals (body mass index [BMI] >23.0 kg/m2), and those with diabetes.

As pointed out, the 4-g/day reduction was the most effective when implemented across the entire population. This would prevent the incidence of 6,500 AMI and 17,500 stroke cases. When targeted at specific high-risk demographic groups, the same intervention yielded the largest effects in the overweight and obese, with 3,000 and 7,500 averted cases of AMI and stroke, respectively. [Nutrients 2021;13:1171]

“In terms of disease burden, presently without any intervention, AMI and stroke contribute 160,000 DALYs, which is expected to increase to 310,000 DALYs by 2050. For AMI, the bulk of the DALYs comes from years of life lost (YLL) as assuming affected individuals survive after treatment, there are no major decreases to quality of life, as opposed to stroke where, even after initial treatment, there are long-term impacts on quality of life,” the researchers explained.

“The trends in averted DALYs show that if a reduction of 4.0 g/day is achieved in the entire population, in 30 years, the cumulative number of averted DALYs would be almost 200,000, following a continuing upward trend,” they said.

In overweight individuals, despite being applied to only a fraction of the population in 2020, there would be a cumulative total of 100,000 averted DALYs by 2050, which is similar to the effect size of a 2 g/day salt intake reduction in the entire population.

Just a pinch in the overweight, obese

While Southeast Asia has some of the world’s lowest prevalence of obesity, the researchers believe that there is much benefit to be gained from designing salt reduction interventions aimed at this high-risk group. High salt intake has been implicated in obesity or overweight and contributes to an increased risk of CVD and congestive heart failure among individuals with high BMI. This is in addition to the fact that excessive weight is a risk factor for CVDs. [https://www.who.int/westernpacific/health-topics/obesity; Hypertension 2015;66:843-849; Metabolism 2013;62:703–708; Diabetol Metab Syndr 2019;11:74; Vasc Health Risk Manag 2019;15:89-100]

In Singapore, about one in 10 adults are obese while around three in 10 are overweight. Overweight and obesity accounted for 6.4 percent of the nation’s total DALYs in 2017, climbing from 3.9 percent in 1990. [https://www.moh.gov.sg/resources-statistics/singapore-burden-of-disease-report-2017]

“As this group [of individuals in the excess weight category] is at the highest risk for CVD, which is the largest contributor to Singapore’s disease burden, substantial DALYs can be averted. For this subgroup, our results estimate that 18,000 DALYs can be averted for AMI and 73,500 for stroke… Moderate reductions of 2.0 g could be considered as an initial intervention as 10,000 AMI and 39,000 stroke DALYs can be averted with plans for larger scale reductions in the near future,” according to the researchers.

To date, Singapore has rolled out several programmes and campaigns enforcing the benefits of salt intake reduction to lower the risk of chronic disease. One of these is the Health Promotion Board’s War on Salt, which involved partnering with local food manufacturers to develop a ‘healthier’ salt with 25-percent less sodium than the regular salt.

The Board has also introduced the Healthier Dining Programme, through which food and beverage companies can increase community awareness of the risks in high salt consumption, as well as the Healthier Choice Symbol Programme for packaged foods containing 25-percent less salt to show “Lower in Sodium” label.

“Health promotion efforts directed toward sustainably reducing salt consumption will help to lower the chronic disease burden on the healthcare system in years to come,” the researchers said.