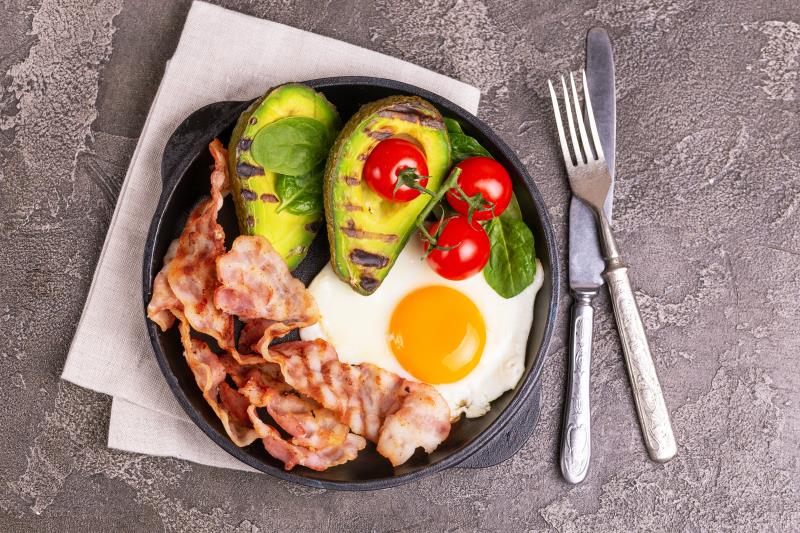 Too much fat accumulation in the liver causes liver inflammation, which can create scarring and liver failure in severe cases.  But a leading expert said fatty liver may be reversed with a fatty diet. “Basically, the message is if you have fat in your liver, you will benefit from eating fat,” said study investigator Dr Camilla Dalby Hansen from the Department of Gastroenterology and Hepatology at Odense University Hospital in Odense, Denmark.

“The LCHF diet reduced liver fat and improved diabetes control,” she reported. Additionally, patients with NAFLD and concomitant type 2 diabetes (T2D) on the LCHF diet lost nearly 6 percent of their body weight without restricting their calorie intake compared with only 1.8 percent on the low-fat diet.

“Combining this [reduction in NAFLD score] with the huge weight loss, the lower HbA1c, the lowering of blood pressure in women, the increase in HDL-cholesterol [the good cholesterol] levels, and the reduced triglycerides — overall, this diet is very promising,” Dalby Hansen told ILC attendees.

Dalby Hansen and her team compared two diet regimens – the LCHF diet vs a low-fat, high-carbohydrate diet for 6 months in 110 patients (age 18–78 years) with NAFLD and T2D. Although the low-fat, high-carb diet also reduced NAFLD progression, it did so to a lesser degree. [ILC 2022, abstract GS012]

The findings mean that lifestyle modification still is the go-to approach when managing patients with NAFLD, commented Dr Stephen Harrison from the University of Oxford in Oxford, UK.  “Eat less, not more. Exercise and try to lose weight to maintain a healthy life.”

He said the study was “a provocative work” and offered insights on managing patients from a lifestyle perspective. Harrison also commended Dalby Hansen and the team for doing before-and-after liver biopsies – the gold standard for characterizing liver histology in patients with NAFLD – in a lifestyle modification trial. “It is one heinous effort.”

Baseline liver biopsies were performed and repeated at 6 months, and then blinded for scoring. More than half of the patients were women, and almost 90 percent had metabolic syndrome, with a  BMI of 34 kg/m2.

Patients on the LCHF diet consumed about 61 percent of energy from fat, 13 percent from carbohydrates, and 23 percent from protein. “That’s a lot of fat and corresponds to a quarter of a litre of olive oil daily,” said Dalby Hansen. “It was difficult for them to start eating all these fats, especially since we’ve all been told for decades that fat isn’t good. But they got into it.”

Meanwhile, patients on the low-fat diet had about 29 percent energy from fat, 46 percent from carbohydrates, and 21 percent from protein.

The LCHF diet was primarily comprised of unsaturated fats — avocado, oil, nuts, and seeds — and included saturated fats, such as cheese, cream, and high-fat dairy products. Although patients were free to eat either fat, they were advised to pick the good fats. The diet included vegetables. No rice, pasta, and potatoes were allowed.

After stopping the diets at 3 months, both groups’ HbA1c levels almost returned to their baseline values.  Twenty-two percent of patients in the LCHF group had an improvement in NAFLD Activity Score (NAS) by 2 percent vs 17 in the low-fat group (p=0.58).

Specifically, 70 percent of patients in the LCHF group had an increase of  1 or more points in the NAS, vs 49 percent in the low-fat group. Overall, low-density lipoprotein increased by 0.2 mmol/L in the high-fat group.

Dalby Hansen said not everyone can embrace the LCHF diet. “But if people try, and it fits into their lives, then they will go for it.”

She also cautioned that it’s not all about eating fat, or just any type of fat. It is equally important to restrict carbohydrate intake, too. Moreover, the findings may not apply to severe NAFLD, Dalby Hansen added.