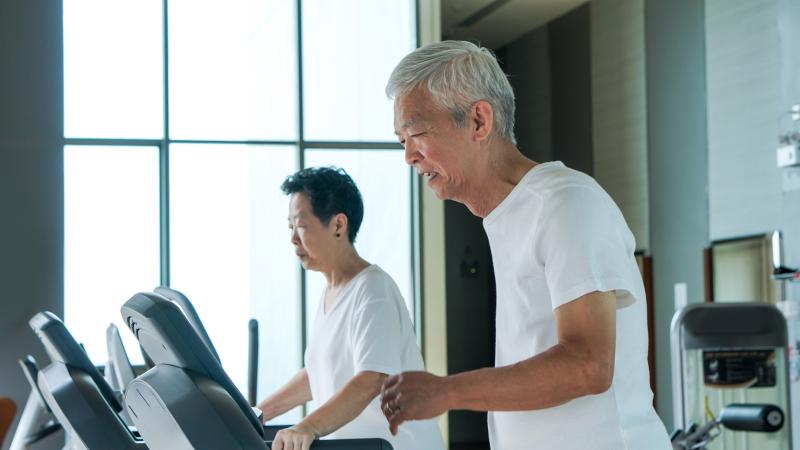 Leisure time physical activity (LTPA), such as running and walking, may promote better cardiometabolic health, according to a recent Singapore study.

“In this large cross-sectional study of a multiethnic Asian population residing in Singapore, we found that about two-thirds of the population engage in LTPA weekly,” the researchers said. “Despite some differences in preferred LTPA subtypes, walking, strength and fitness, and running were the most frequently performed LTPA subtypes across all ethnic groups.”

Running, walking, and strength and fitness were the most preferred forms of exercise of all the LTPA subtypes assessed, and this was consistent across ethnic subgroups.

Nevertheless, notable differences in preference were recorded. Chinese participants mostly engaged in walking (42.6 percent) and swimming (14.4 percent), while Malays preferred strength and fitness (27.6 percent) and ball games (12.1 percent). In both Chinese and Malays, almost 20 percent engaged in running as a form of exercise; Indians did not have the highest prevalence for any LTPA subtype.

Further stratifying according to LTPA subtype showed that running was the form of exercise that yielded the most consistent outcomes, leading to lower BMI, waist circumference, DBP, and blood triglyceride, while increasing HDL-C levels.

Balance exercises, cycling, and strength and fitness exercises also emerged as effective exercise options that triggered improvements in several cardiometabolic markers at once. On the other hand, the remaining LTPA subtypes, including ball games and dancing, could only improve one or two markers, and in some cases, could even worsen others.

“We also noted some evidence for differences in investigated associations across ethnic groups,” the researchers said. “Beneficial effects of running appeared to be particularly consistent among Malays. Similar observations were made for cycling among Chinese. In terms of LTPA subtypes, few significant beneficial associations were noted for Indians, and they related mostly to running and strength and fitness exercises.”

However, the observed superiority of some exercises over others could be due to the outcome of choice. Since the study focused on cardiometabolic outcomes, LTPA activities that most closely act on the cardiorespiratory system, like running, are expected to perform well. Other exercises that were not examined may have beneficial effects, such as increasing muscle mass or lowering fall risk.

The findings of the present study “warrant further investigation into the diverse health benefits of different types of LTPA in order to guide health promotion in Southeast Asia,” the researchers said.