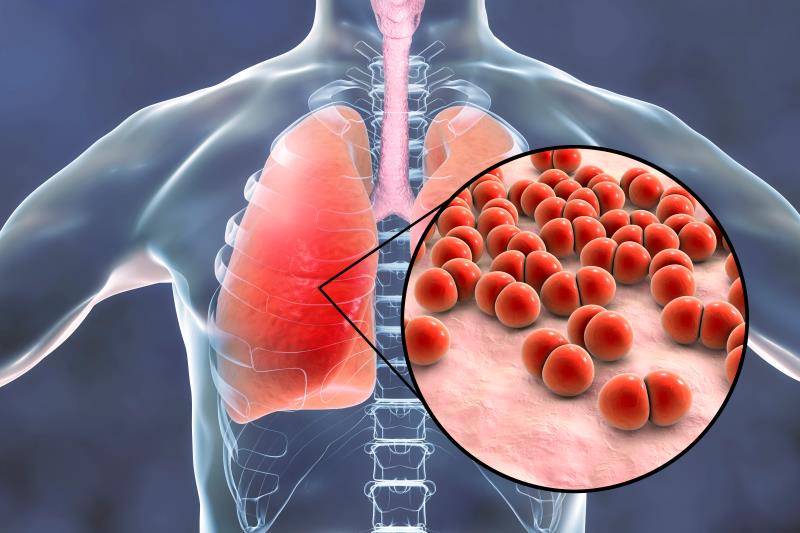 The pleuromutilin inhibitor lefamulin shows similarly high efficacy as moxifloxacin (a standard fluoroquinolone therapy for clearing bacterial pneumonia) regardless of whether it was for unilobar or multilobar pneumonia, according to pooled data of the LEAP* 1 and 2 studies.

Lefamulin is the first-in-class pleuromutilin inhibitor to be approved for systemic use in humans. It has been authorized for intravenous (IV) as well as oral use to treat adults with community-acquired bacterial pneumonia (CABP), based on noninferiority findings in head-to-head comparison against moxifloxacin in the phase III LEAP 1 and 2 trials.

LEAP-1 randomized 551 adult patients with CABP (PORT risk classes III-V) to IV lefamulin or moxifloxacin, both with an option to switch to oral dosing. LEAP-2 (n=738) had similar design except disease was generally milder (PORT risk classes II-IV) and both drugs were administered orally throughout. [CHEST 2021;doi:10.1016/j.chest.2021.07.510]

A total of 676 patients who had radiologically confirmed unilobar infiltrates (n=468) or multilobar (n=208) were pooled from the two trials for the current analysis. Approximately half of them had PORT class III pneumonia.

Despite this, both lefamulin and moxifloxacin showed similarly high early clinical response rates regardless of whether patients had unilobar (92 percent vs 94 percent) or multilobar pneumonia (85 percent vs 90 percent).

The rates of investigator assessment of clinical response (IACR) were also similarly high between the lefamulin and the moxifloxacin arms for both unilobar (86 percent vs 89 percent) and multilobar pneumonia (77 percent vs 80 percent).