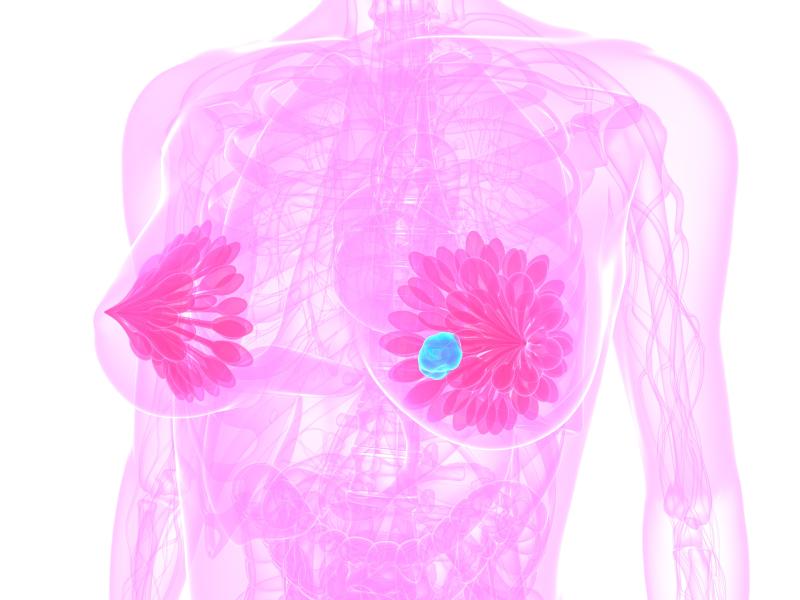 Breast cancer patients face a high risk of skeletal-related events (SREs), particularly when diagnosed at advanced stages, reports a new Indonesia study presented at the recently concluded 2020 Asia Virtual Congress of the European Society of Medical Oncology (ESMO Asia 2020). Oncological and reproductive factors seem to affect this risk and may be worth monitoring for.

“The rates of bone metastasis and SREs are relatively high in breast cancer patients diagnosed in advanced stages,” the researchers said. “Our study suggests the importance of considering patients with high-risk of SREs and the need of treatment advancement to further prevent SREs in the care of breast cancer with bone metastasis.”

A total of 1,081 breast cancer patients (mean age, 50.94 years) were included in the study. Most had been diagnosed with either stage III (65.9 percent) or stage II (32.9 percent) cancer; only 13 participants (1.2 percent) were diagnosed relatively early, at stage I. All patients deemed to be at intermediate or high risk of recurrence were included in the study. [ESMO Asia 2020, abstract 60P]

In turn, 79.9 percent of patients had histology grade III at diagnosis, and tumour size was >5 cm in 66.5 percent. Most had no family history of breast cancer.

Almost all patients (91.5 percent) underwent chemotherapy, and slightly fewer (90.2 percent) went for a mastectomy; radiotherapy was employed in 73.6 percent of participants. Endocrine therapy, on the other hand, was a less common treatment choice, with 42.7 percent opting out. Almost 30 percent took tamoxifen.

Over a median follow-up of 4.4 years, 68.5 percent of the patients developed SREs and 11.9 percent had bone metastases.

“The bone is the most common site of distant metastasis from breast cancer that predisposes the patients for SREs and often causes severe morbidity and poor quality of life.,” the researchers explained.

“Identification of predilections and risk factors associated with bone metastasis and SREs is important in planning (neo)adjuvant treatment and surveillance systems, particularly in a population of patients diagnosed in late stages such as in Indonesia and other developing countries,” they added.