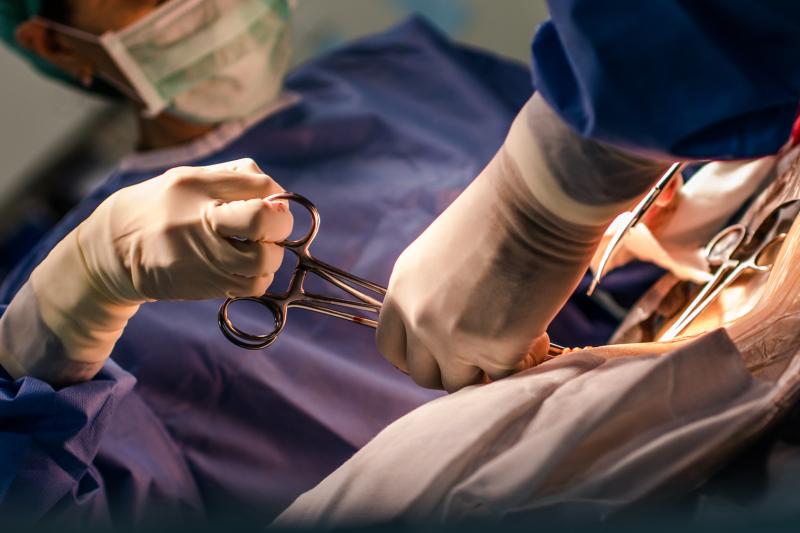 Laparoscopic tubal reanastomosis yields better pregnancy outcomes and may be more cost-effective than in-vitro fertilization (IVF) treatment in women who wish to conceive after tubal ligation surgery, according to a Singapore study.

“Tubal ligation remains a common method of contraception, despite the availability of multiple other reversible methods. A sizeable proportion (up to 30 percent) of women who undergo sterilization seek fertility after the procedure, for reasons such as a new marriage, regret or loss of a child. For these women, the options are either tubal reversal surgery or IVF,” the investigators said. [Clin Obstet Gynecol 2007;50:425-439; Contraception 2006;73:205-210]

“Patients in Singapore have a preference for tubal reversal particularly if they are older and have received nondirective counselling of both approaches,” they added.

The miscarriage rates were similar, a finding that was not surprising since there was no significant difference in the mean age (34 vs 35 years) between the two groups, as the investigators pointed out.

The main complication of tubal reversal was ectopic pregnancy, which occurred in one patient; none of those on IVF had this outcome. The investigators explained the patient with ectopic pregnancy was at very high risk because of narrowed tubal lumen as seen at surgery. On the other hand, IVF was associated with a higher risk of multiple pregnancies (one case) and ovarian hyperstimulation syndrome (two cases); neither of these events occurred in the tubal reversal group.

“Another advantage of surgery over IVF is that patients can try to conceive in every cycle without further treatment, with the possibility of more than one pregnancy being achieved. In fact, two of the patients in the surgery group went on to have more than one child,” they said.

Results of a survey of patient preferences in 100 patients attending a subfertility clinic revealed that the majority favoured tubal surgery over IVF (68.2 percent vs 31.8 percent) before receiving information on the procedures. The opposite was noted after being informed on the procedures, with most women indicating a preference for IVF (54.6 percent vs 45.4 percent).

Generally, women who chose surgery initially tended to be >35 years of age, have at least one child and live in private housing. Multiparous women in this age group were likely to be more confident of their own natural fertility, and thus leaned towards surgery. Conversely, respondents aged <35 years were more likely to choose IVF initially, as they might be more willing to try new methods and embrace new technology.

“This survey highlights the initial reluctance of patients to undergo IVF. This may be due to the general public’s poor understanding or misconceptions about IVF. They may feel that IVF is an unnatural process, excessively costly or raises the rates of congenital defects,” according to the investigators.

“Surgery on the other hand, restores normal anatomy and function, and may be more acceptable to the patients. However, after reading the information, a large proportion of patients eventually choose IVF, showing that attitudes and perceptions can be changed when nondirective information has been given,” they said.