Ivosidenib a ray of hope for rare biliary tract cancer? 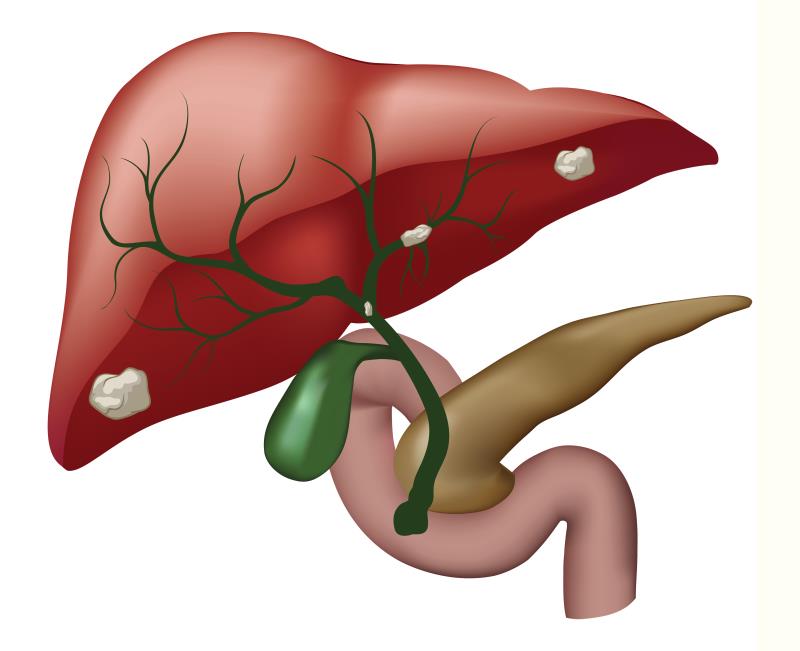 IDH1 mutations occur in ~13 percent of patients with intrahepatic CC, a relatively uncommon cancer with poor clinical outcomes. [J Gastrointest Oncol 2019;10:751-765; Oncologist 2012;17:72-79] Surgery is the only curative option for localized CC, while CT is the main alternative for unresectable/metastatic disease. However, recurrence rates are high, noted the researchers.

“[The] global incidence of [CC] is increasing … Although CC-associated genetic alterations are now better defined, there are still no approved targeted therapies, [hence the growing unmet need],” they said. “[Our findings] establish the efficacy and safety of ivosidenib in [this setting, suggesting] the clinical benefit of targeting IDH1 mutations.”

“Although the absolute improvement in median PFS seems modest, the statistical strength of the HR reflects a high reduction in risk of progression, along with a substantial improvement in the proportion of patients progression-free at 6 and 12 months,” explained the researchers.

“The benefit is independent of [the] number of previous therapies and is consistent across most subgroups. This [PFS] improvement is important in the context of a favourable safety and tolerability profile in the CT-refractory setting,” they continued.

Despite more ivosidenib vs placebo recipients experiencing serious adverse events (AEs; 30 percent vs 22 percent), ivosidenib was generally well-tolerated. The most common treatment-emergent AEs (TEAEs) were low-grade nausea, diarrhoea, and fatigue. No treatment-related deaths were reported. There were low TEAE (6 percent) and treatment-related AE rates (2 percent) leading to ivosidenib withdrawal. These highlight the encouraging safety of ivosidenib, noted the researchers.

The EORTC QLQ-C30** physical functioning subscale decline from baseline at cycle 2 day 1 was markedly less with ivosidenib vs placebo (least squares mean, −3.4 vs –13.1; p=0.0059). “Despite small post-baseline sample sizes, [this implies] that patients receiving placebo had a significantly greater decline in physical functioning than did patients receiving ivosidenib,” they stressed.

Although specific to a small subset, the study underscores the potential benefit of targeting a molecularly defined subgroup of CC, noted the researchers. As such, tumour mutation profiling could be a new standard of care in the management of this rare heterogeneous c­ancer, they said.

Median overall survival (OS) was longer with ivosidenib vs placebo; however, the difference was not significant (10.8 vs 9.7 months; HR, 0.69; p=0.06). This, as per the researchers, could be due in part to the high placebo-ivosidenib crossover rate (57 percent) and the immature OS data.

Nonetheless, the RPSFT#-adjusted median OS of 6 months for placebo reflected a significant OS improvement (HR, 0.46; p=0.0008). As such, the OS finding may be deemed favourable, they said.

The current findings alongside mature OS data shall be used to support the application for regulatory approval of ivosidenib, they added.