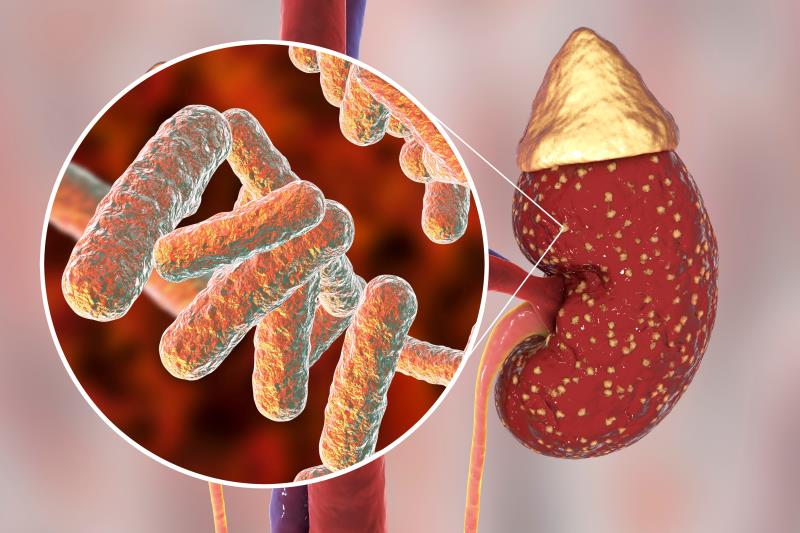 Infection could be a risk factor for stroke, with the risk for ischaemic stroke particularly high among individuals who had a urinary tract infection (UTI) 7 days prior, according to a recently published report.

Using the New York State Inpatient Databases and Emergency Department (ED) Databases, the researchers identified patients who had been hospitalized at community hospitals in New York for stroke (acute ischaemic stroke, intracerebral haemorrhage, or subarachnoid haemorrhage) or presented at EDs or were hospitalized due to infections (skin, abdominal, or respiratory infections, UTIs, or septicaemia) between 2006 and 2013. Over the study period, there were 152,356 index hospitalizations for acute ischaemic stroke, 27,257 for intracerebral haemorrhage, and 11,853 for subarachnoid haemorrhage.

The risk for stroke following exposure to any infection generally decreased with a longer interval between infection and stroke incidence.

“[This supports] the concept of infection as a trigger of these events with a greater potential influence over a shorter time window,” said the researchers.

According to the researchers, mechanisms behind the infection and stroke association include “increases in circulating leukocytes” which could play a part in atherogenesis or thrombogenesis, or an increase in platelet activation or leukocyte, clotting factor, or fibrinogen levels.

“Healthcare providers need to be aware that stroke can be triggered by infections,” said study senior author Associate Professor Mandip Dhamoon from the Icahn School of Medicine at Mount Sinai in New York City, New York, US. “Probing into the previous weeks or months of a patient’s life before the stroke can sometimes help to illuminate the possible causes of stroke if there was an infection during that time.”

Dhamoon proposed further research into identifying the mechanisms and reasons behind the association between the various infections and stroke types.

“These findings suggest that there could be implications for vaccination, antibiotic regimens, or intensive antithrombotic treatments not only to prevent the infections but to prevent stroke in those who are deemed high-risk,” he said.