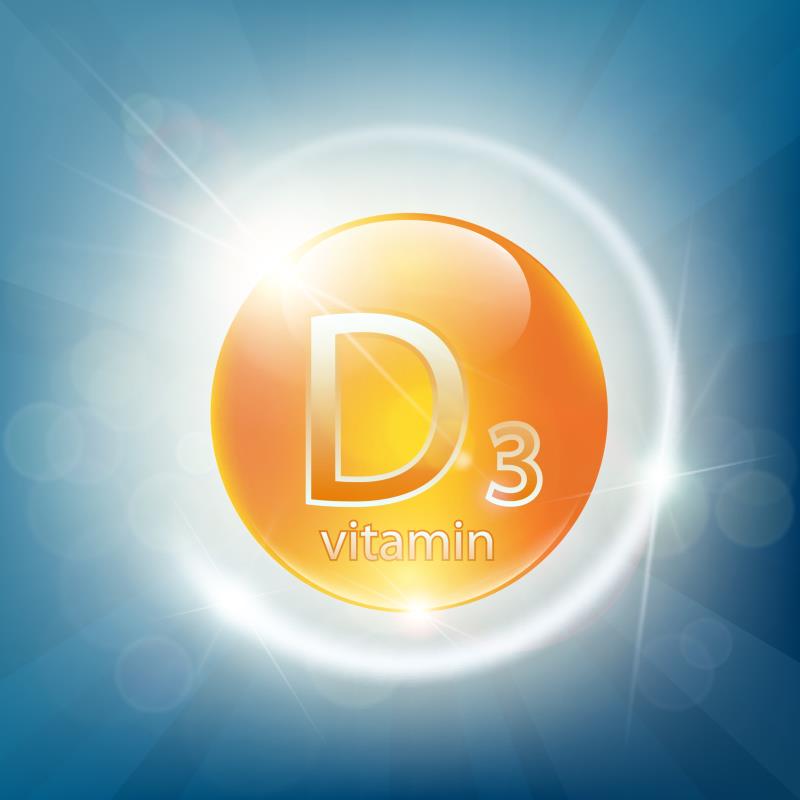 Daily, high-dose supplementation with vitamin D may reduce the risk of developing advanced (metastatic or lethal) cancers among adults without a cancer diagnosis at baseline, with the strongest protective effect seen among those with normal body mass index (BMI), according to the secondary analysis of the VITAL* trial.

In the primary analysis, the hazard ratio [HR] for total cancer mortality was 0.83, underpinning the potential role of vitamin D in reducing advanced cancers. Also, cancer incidence – though not significantly reduced with vitamin D – was lower among individuals with normal BMI (<25 kg/m2), but not among those who were overweight (BMI 25 to <30 kg/m2) or obese (BMI ≥30 kg/m2). [N Engl J Med 2019;380:33-44] “[This suggests] that factors associated with obesity may dampen the effect of vitamin D supplementation,” said the researchers.

“Our findings are not due to one particular cancer, because a broad mix of cancers contributed. Removing prostate cancer from the analyses did not attenuate the observed effect of vitamin D supplementation on advanced cancer, suggesting the results were not driven by prostate cancer alone,” explained the researchers.

“Our findings suggest that vitamin D supplementation may be operating through a general, rather than site-specific, mechanism to reduce the risk of advanced cancers,” they continued.

Stratification by BMI revealed a stronger risk reduction in incident advanced cancers among individuals on vitamin D who had normal BMI (HR, 0.62), but not among those who were overweight (HR, 0.89) or obese (HR, 1.05; pinteraction=0.03).

While this may be attributed to chance, obesity is known to influence the vitamin D axis. [Nutr Res 2018;53:51-60] “The larger storage capacity for vitamin D in individuals with obesity by fat sequestration or volumetric dilution may result in lower plasma vitamin D,” said the researchers.

“[Furthermore,] individuals with obesity may have some defect, such as obesity-induced PD-1 expression and T cell exhaustion and dysfunction, that is corrected with immune checkpoint blockade. Thus … a dynamic interplay between adiposity and immunomodulatory or inflammatory mediators may contribute to the differential response to vitamin D3,” they added.

VITAL is a randomized 2×2 factorial trial comprising 25,871 individuals (mean age 67 years, 51 percent female). Participants received either vitamin D3 2,000 IU/day, marine omega-3 fatty acids 1 g/day, both active agents, or both placebos. Of these, 12,927 were on vitamin D3 while 12,944 were taking the matching placebo. A total of 1,617 were diagnosed with invasive cancer over a median intervention period of 5.3 years.

Despite the large, diverse cohort, plus the daily dosing and high adherence and follow-up rates, the study’s power is limited, noted the researchers. Further exploration is warranted, as “an association between vitamin D supplementation and metastatic and fatal cancer is biologically plausible.”

“[Moreover], advanced cancer was not prespecified as an outcome,” noted Dr Lina Zgaga from the Trinity College, Dublin, Ireland, in an editorial. “Moreover, it is difficult to eliminate the possibility that, in some cases, carcinogenesis began before the trial commenced; it might be argued that vitamin D affected cancer progression and not necessarily occurrence.” [JAMA Network Open 2020;3:e2027176]

Nonetheless, despite the modest effects, vitamin D is cheaper and less toxic than most of the existing cancer therapies, the researchers noted. A postintervention follow-up is underway to evaluate later events and increase statistical power to evaluate endpoints. Higher vitamin D doses may also be explored in future trials.