Is bulevirtide a potential answer for chronic hep D? 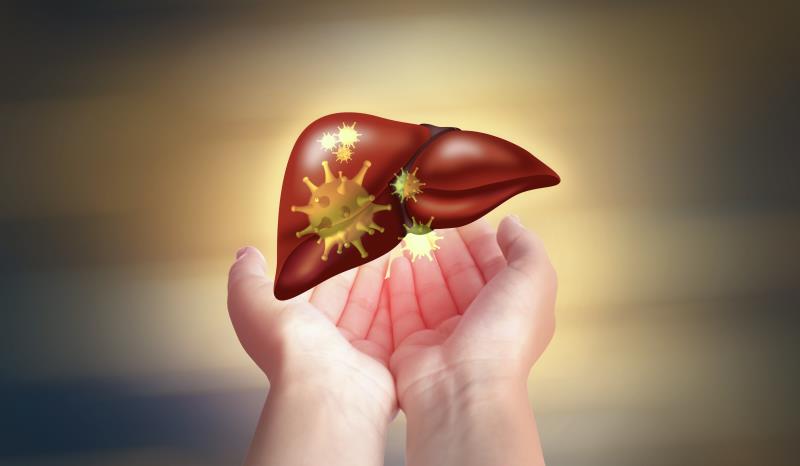 Bulevirtide at a dose of 2 mg or 10 mg daily induces biochemical and virological response in patients with chronic hepatitis D virus (HDV) infection, according to results of Study MYR301.

In this multicentre, open-label trial, 150 patients (mean age 41.8 years, 57.3 percent male, 82.7 percent White) with chronic HDV* were randomized 1:1:1 to receive subcutaneous bulevirtide at 2 or 10 mg QD each for 144 weeks, or no active anti-HDV treatment for 48 weeks followed by bulevirtide 10 mg QD for 96 weeks (delayed treatment; control arm). All patients then entered a treatment-free follow-up period for another 96 weeks.

About 47 percent of patients had compensated cirrhosis and 60 percent were on nucleos(t)ide analogue therapy. At baseline, mean HDV RNA level was 5.05 log10 IU/mL and mean alanine aminotransferase (ALT) level was 110.9 U/L.

At week 48, response, defined as undetectable HDV RNA or decrease of ≥2 log10 IU/mL from baseline and ALT level normalization, was comparable between patients who received bulevirtide 2 mg and 10 mg and greater than that achieved by patients on delayed treatment (44.9 percent and 48.0 percent vs 2.0 percent; p<0.0001 for each vs control). [ILC 2022, abstract GS006]

The treatment benefit was consistent across subgroups, including in patients with cirrhosis, said Wedemeyer.

Viral response (undetectable HDV RNA or decrease of ≥2 log10 IU/mL from baseline) at week 48 was also similar between bulevirtide 2 mg and 10 mg and greater than delayed treatment (71 percent and 76 percent vs 4 percent; p<0.0001 for each vs control).

“No patients in any groups experienced HBsAg loss and changes in HBsAg levels were minimal. Small declines in HBV DNA levels were observed with bulevirtide treatment in patients not on nucleos(t)ide treatment,” noted Wedemeyer.

The most common AEs in the bulevirtide 2 mg and 10 mg groups were headache (18 and 20 percent, respectively), pruritus (12 and 16 percent), and fatigue (10 and 16 percent). Injection-site reactions occurred in 16 and 30 percent, respectively, and were mild to moderate in severity. Asymptomatic increases in total serum bile salts occurred more often with bulevirtide 10 mg.

“HDV causes the most severe form of chronic viral hepatitis with an increased risk for liver cirrhosis complications and hepatocellular carcinoma,” said Wedemeyer. “Achieving viral control or cure of chronic HDV is an unmet medical need.”

“[Bulevirtide] induces a decline in viral load and … normalizes liver enzymes,” he said. Results with the 10 mg dose do not support an efficacy advantage over the currently European-approved 2 mg dose, he added.

“[These results are] really good news,” he said. “Also, very importantly, the drug is safe. There were no major side effects,” he noted.

Questions that need answering are the required duration of treatment and whether bulevirtide can be combined with interferons, Wedemeyer concluded.