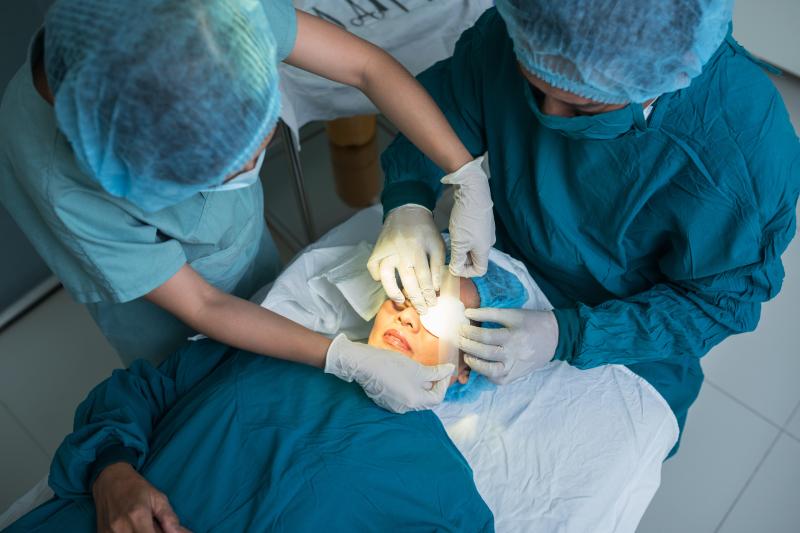 Treatment with bevacizumab in patients undergoing vascularized high-risk corneal transplantation shows no significant difference in the rate of endothelial rejection at 1 year when compared to placebo, reports a recent study.

A randomized, double-blind, placebo-controlled clinical trial was conducted at five clinical centres in the US, India, and Brazil to assess the efficacy of local bevacizumab treatment in patients aged >18 years undergoing high-risk penetrating keratoplasty, defined as corneal neovascularization (NV) in one or more quadrants ≥2 mm from the limbus or extension of corneal NV to the graft-host junction in a previously failed graft.

Ninety-two patents were randomly assigned to receive subconjunctival bevacizumab (2.5 mg/0.1 ml; n=48) or placebo (n=44) at the time of surgery, followed by topical bevacizumab (10 mg/ml) or topical placebo, administered four times per day for 4 weeks. The primary outcome was the endothelial immune rejection rate at 52 weeks.

No statistically significant difference was noted in the 52-week endothelial rejection rate between the bevacizumab group and the control group (10 percent vs 19 percent; p=0.20). In the extended follow-up at the lead study site, endothelial rejection rate was 3 percent in the bevacizumab group and 38 percent in the control group (p=0.003).

“This study may have been underpowered to detect a difference between treatment groups, and taken together, our data suggest that, in the current trial design, bevacizumab has a positive but not (yet) significant effect on endothelial rejection,” the authors said.