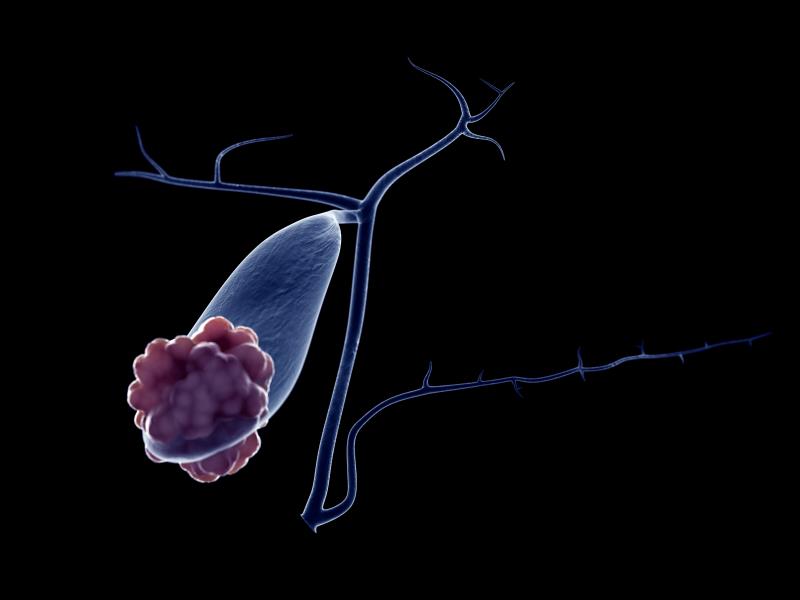 Irinotecan monotherapy may be as effective as an irinotecan-containing doublet therapy for second-line chemotherapy (CT) for individuals with advanced gall bladder cancers (GBCs) who are progressing on first-line CT, the phase II GB SELECT trial has shown.

“There is limited data on the use of CT or targeted therapy as second-line treatment in biliary tract cancers … Using a combination or monotherapy as second-line CT is an important question in this context,” said Dr Anant Ramaswamy from Tata Memorial Hospital in Mumbai, India, who presented the findings at ESMO GI 2020 Virtual.

“[Our findings suggest that] irinotecan alone appears as effective as CAPIRI (capecitabine plus irinotecan) in terms of overall survival (OS), with lesser requirement for dose modifications in patients with GBC after progression on first-line gemcitabine-based CT … [Therefore,] irinotecan monotherapy may be considered as a standard of care in this scenario,” said Ramaswamy.

At 6 months, percentage OS was numerically higher with irinotecan alone vs CAPIRI (54.2 percent vs 38.4 percent); however, the between-group difference did not achieve statistical significance (p=0.93). A similar trend was seen for progression-free survival (16.5 percent vs 20.4 percent; p=0.56).

In terms of grade 3/4 adverse events, irinotecan alone led to higher rates of neutropenia (8 percent vs 2 percent) and nausea/vomiting (8 percent vs 4 percent) vs CAPIRI. However, the rates of diarrhoea (10 percent vs 16 percent) and fatigue (14 percent vs 20 percent) were lower with the former than the latter, as was the rate of dose modifications (9 percent vs 27 percent; p=0.03), suggesting that irinotecan monotherapy had a better toxicity profile than CAPIRI.

Taken together, the findings appear to demonstrate the potential of irinotecan monotherapy as a reasonable second-line option for advanced GBCs, said Ramaswamy. “[However,] the lack of a control arm precludes making this statement,” commented discussant Dr Juan Valle from the University of Manchester in UK.

Although Valle agrees with Ramaswamy on the inefficacies of combination CT as reflected in real-world settings, Valle noted that the results may not be sufficient to conclude that irinotecan monotherapy is effective in this setting. Valle underscored that the study still failed to achieve the prespecified primary endpoint despite the well-balanced study.

“[Whether] CT [is] better than best supportive care/active symptom control [has yet to be verified] … In GBCs, the role of CAPIRI or irinotecan remains investigational,” said Valle. Moreover, given the “modest gains” seen from studies evaluating FOLFOX*, new therapies are urgently needed, he said.

Ramaswamy also noted that the results may not be extrapolated to cholangiocarcinomas despite having a patient population from a region of high GBC prevalence.