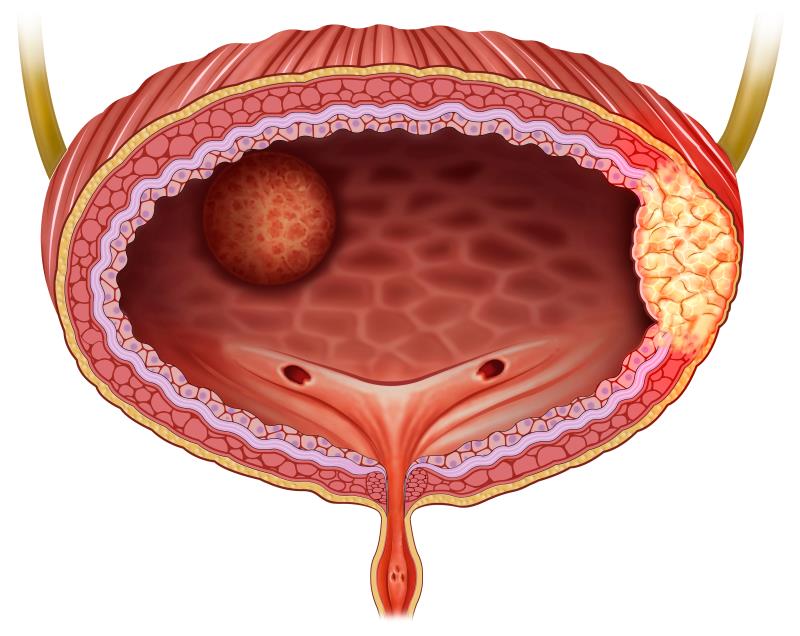 Intravesical Bacillus Calmette-Guerin (BCG) therapy has a favourable safety profile and a low incidence of complications among bladder cancer patients, as well as those with multiple comorbidities, a Singapore study has shown. In addition, the number of instillations does not affect the risk of clinically significant complications.

“Intravesical BCG therapy is the standard adjuvant treatment for nonmuscle invasive bladder carcinoma (NMIBC) with carcinoma in situ, in addition to tumour resection,” the researchers said.

This retrospective study was conducted to assess BCG complications that preclude adequate treatment of NMIBC in an Asian population using a large, prospectively maintained bladder cancer database. A total of 336 patients (median age at diagnosis, 69 years; 76.8 percent male) received intravesical BCG for bladder cancer between 2004 and 2016, with an average follow-up of 63 months.

Majority of the patients with complications (93.3 percent) presented early, within 1 month of therapy completion. Out of the 30 complications, 22 were Clavien-Dindo grade ≤2. Ten patients (33.3 percent) were admitted to the hospital due to BCG-related adverse effects. Urosepsis (2/30; 6.7 percent) and acute urinary retention (2/30; 6.7 percent) were the most common reasons for termination.

The risk of developing BCG-related complications were higher in patients aged ≥80 years at diagnosis (19.0 percent vs 7.5 percent; p=0.01).

“The findings of this study suggest that it is reasonable to use BCG with caution in elderly patients,” the researchers said. “However, patients older than 80 years should be monitored closely for BCG-related complications.”

Of note, maintenance therapy did not result in higher rates of complications or therapy termination. This finding was consistent with that of a study involving 487 patients who received BCG, where one-third of the treatment terminations occurred after 6 months of therapy. [Eur Urol 2003;44:429-434]

A literature review and a single-institution series of 282 patients also did not find any difference in the number of BCG instillations between those with and without BCG-related complications. [Medicine (Baltimore) 2014;93:236-254]

“Therefore, maintenance therapy should be considered in patients who tolerated induction therapy without developing complications,” the researchers said.

Furthermore, certain concerns about the potential for systemic BCG infection in patients who are immunocompromised have been raised, but several studies have shown that immunosuppression is not associated with increased risk for severe BCG-related complications. [Cardiovasc Pathol 2010;19:e29-32; Clin Infect Dis 1993;17:228-230; Diagn Microbiol Infect Dis 2012;74:70-72]

“Similarly, our study did not find any significant association between comorbidities, such as chronic renal disease and diabetes mellitus, and the risk of developing complications from intravesical BCG therapy,” the researchers said.

The current study had certain limitations. Some patients (n=49; 14.6 percent) defaulted follow-up during the study period, but their reasons were unclear. Therefore, the complication rate might have been higher than what was reported. Moreover, the sample size was small due to the rarity of severe BCG complications. Thus, a multicentre prospective study is warranted in the future, the researchers said.