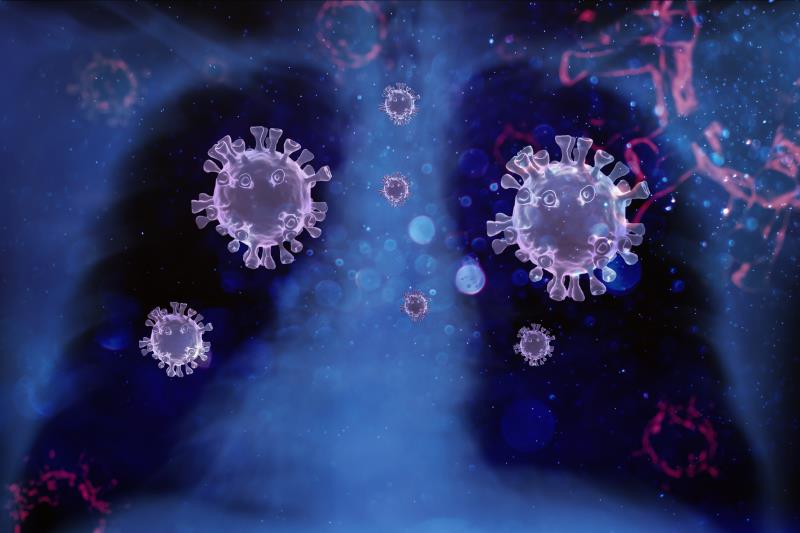 The administration of inhaled budesonide for the treatment of early COVID-19 in adults reduced the probability of needing urgent medical care and time to recovery, according to findings from the STOIC* trial presented at ERS 2021.

“Treatments to prevent deterioration from COVID-19 is urgently needed,” said study investigator Dr Sanjay Ramakrishnan from the University of Oxford, UK, who presented the findings. The burden of care has somewhat shifted from hospital to primary care, but there is currently no licensed or approved COVID-19 therapies for primary care in the UK, he added.

“[We] tested if inhaled glucocorticoids would be an effective treatment for early COVID-19 … We chose budesonide because it is widely available and is on the WHO list of essential medicines,” said Ramakrishnan.

STOIC evaluated 146 participants (mean age 45 years, 58 percent female, 15 percent had asthma) with symptoms** suggestive of mild COVID-19 within 7 days of onset. Recruitment was primarily based on suggestive symptoms; positive COVID-19 tests were not a requirement. Median symptom length prior to randomization was 3 days. Participants were randomized 1:1 to receive usual care*** either alone or with budesonide DPI 800 µg BID. Budesonide was continued until symptom resolution or upon hospitalization. [ERS 2021, presentation ID 4270; Lancet Respir Med 2021;9:763-772]

The incidence of the primary outcome# was significantly lower in the budesonide vs the usual care arm (3 percent vs 15 percent; difference in proportion, 0.123; p=0.009). “[This translates] to an 87-percent reduction in the relative risk of hitting the primary outcome,” said Ramakrishnan.

Symptom resolution was a day quicker in the budesonide vs the usual-care arm (median, 7 vs 8 days; p=0.007). Mean percentage of days with fever in the first 14 days was lower in the budesonide vs the usual care arm (2 percent vs 8 percent; p=0.051), as was the percentage of days requiring as-needed antipyretic medication (27 percent vs 50 percent; p=0.025).

There were also fewer participants in the budesonide vs the usual care arm who had persistent symptoms at days 14 and 28 (difference in proportions, 0.204; p=0.003).

“A lot of these patients actually deteriorated [during] the study but then, [they] improved. So it is about getting them before the deterioration in primary care … and then trying to modulate their response to the infection,” Ramakrishnan explained. “[Therefore, inhaled] budesonide may be used to reduce COVID-19 hospital burden globally.”

One question raised during the wrap-up was whether the effect was driven by asthma, considering the relatively high fraction of participants with asthma, who may benefit from budesonide. Ramakrishnan said they found similar findings even after excluding individuals with asthma.

Asked whether the results were driven by ACE2 downregulation, Ramakrishnan said, “probably not, [as] it looks like it would have come from changing the inflammatory response of the unified airway theory – from the nose all the way down to the lungs from delivery of early budesonide.”

Ramakrishnan eagerly shared that other potential mechanisms that could be responsible for the effects seen with budesonide shall be reported in a future trial. “We do have a good explanation of how the inflammatory profile changes with budesonide therapy vs without.”