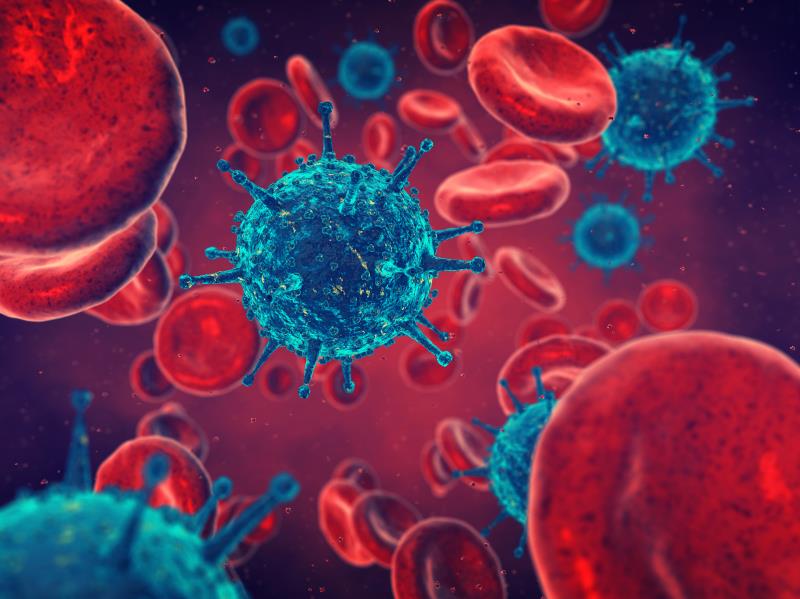 Individuals who develop cancer may have an elevated risk of certain infections in the years leading up to their diagnosis, a retrospective case-control study from Japan showed.

“These findings suggested that the annual assessment of these four infectious diseases could potentially be useful in examining the precancerous status for adults,” they said.

Using the Japan Medical Data Center claims database between 2005 and 2012, the researchers identified 2,354 individuals who were aged ≥30 years at first diagnosis of cancer in the seventh year of the study (July 2010–June 2011; case group, median age 45 years) and compared them with 48,395 individuals without cancer (2005–2012; control group, median age 43 years). Individuals with chronic immune-related diseases and those with benign tumours were excluded.

The most common cancer sites were digestive and gastrointestinal (excluding stomach; n=583), head and neck (n=399), and stomach (n=346).

The yearly prevalence rates of hepatitis, gastroenteritis (excluding Helicobacter pylori), pneumonia, and influenza increased over the 7-year period and were higher in the case vs control group in the 6 years before cancer diagnosis. [Cancer Immunol Res 2020;8:580-586]

“[This suggests] that the largest change in immunity may occur just before cancer detection,” noted the authors.

The odds of infection were significantly higher for cases vs controls at each year up to year 6 for gastroenteritis, hepatitis, and pneumonia. However, for influenza, the odds only reached significance at years 2 and 6 before cancer diagnosis.

“[We also] found that infection afflicting a specific organ did not necessarily correlate with increased risk of cancer in the same organ,” said Inaida. For example, among patients who later developed stomach cancer, the odds of precancer pneumonia were higher than that of other infections (OR, 3.59), while the odds of hepatitis were highest among patients who developed haematologic, blood, bone, and bone marrow cancers (OR, 19.04) compared with liver (OR, 11.60), breast (OR, 10.57), or genitourinary cancers (OR, 6.32).

However, the limited number of cases for each cancer site prevents conclusions from being drawn on the link between specific infections and cancer sites, said the authors.

Despite the results, the mechanism behind the association – ie, whether infection or immunity is the inflammatory cause – remains to be determined.

“Cancer can develop in an inflammatory environment caused by infections, immunity disruption, exposure to chemical carcinogens, or chronic or genetic conditions. An individual’s immunity is thought to be a factor in the development of cancer, but additional research is needed to understand the relationship among precancerous immunity, infections, and cancer development,” said Inaida. “This information may contribute to efforts to prevent or detect cancer.”

The authors noted that the database may not account for all infections. The database also did not provide information on environmental exposure, vaccination status, lifestyle, or genetic or medical conditions, all of which could have contributed to increased infection or cancer risk. Longer-term studies would help determine if the association between infection and cancer is persistent, they added.