Improving detection of genomic alterations for targeted therapy with NGS

The genomics of cancer patients affect their responses to therapies. Some genomic alterations in cancer genes are better treated with targeted therapies, and physicians informed by genomic profiles of their patients can better decide on optimal treatments. Next-generation sequencing (NGS) technology has facilitated rapid and inexpensive gene sequencing for clinical use. This article discusses NGS applications for cancer management, focusing on comprehensive genomic profiling (CGP).

Personalized medicine can be realized through the success of next-generation sequencing (NGS), which can sequence huge numbers of different DNA sequences in parallel, and thus, breaking the speed and volume bottleneck of the earlier Sanger sequencing technique. NGS has since reduced the cost of sequencing per-base by 100,000-fold. [Cancer Prev Res 2012;5:887-900]

NGS has allowed researchers and physicians to get a snapshot of gene expression (RNA-sequencing), genes of interest like disease-related genes (targeted sequencing), or even the whole genome. In the context of oncology, comprehensive genomic profiling (CGP), a hybrid capture-based NGS testing, can sequence hundreds of oncogenes with a high depth (>500x coverage) and also detect genomic alterations missed by other non-NGS methods. A study using CGP to examine 6,832 clinical NSCLC samples found that 71 percent of the samples contained genomic alterations known to drive NSCLC. [Oncol 2016;21:684-691] Therefore, understanding the genomic alterations involved will enable oncologists and patients to decide on the optimal therapies, ideally in the first-line setting and potentially, in the context of resistance.

Although an increasing number of institutions have started offering NGS testing to identify these alterations, these were frequently performed with single-gene PCR and fluorescence in situ hybridization (FISH) assays, which are less sensitive than NGS. [Transl Lung Cancer Res 2015;4:126-141] PCR-based NGS methods scan a narrower range of oncogenes and cannot effectively detect three out of four types of genomic alterations while FISH can produce a substantial number of false-negatives. In assays of 1,070 patients with advanced lung cancer, CGP was able to detect ALK rearrangements in 47 patients, but FISH labelled 11 of these as ALK negative. [Oncol 2016;21:762-770] On the other hand, in a study involving 2,221 patient tumour specimens whereby CGP was used to sequence 4,557 exons of 287 oncogenes, three genetic alterations were found per sample, out of which 80 percent of the samples had an alteration associated with a targeted therapy or mechanism-driven clinical trial. [Nat Biotechnol  2013;31:1023-1031; Clin Cancer Res 2015;21:3631-3639]

In another study, researchers re-examined patient lung tumour samples using CGP and found previously undetected genomic alterations. These tumour samples were previously tested negative for genomic alterations using FISH and multiplex mass spectrometry-based methods. However, CGP revealed that 29 out of 31 (94 percent) samples had genomic alterations, of which eight and twelve could be treated with available targeted therapies and in-trial/off-protocol therapies, respectively (Figure 1). [Clin Cancer Res 2015;21:3631-3639] The study also highlights another advantage of CGP for clinical genetic profiling – it requires only relatively little tissue samples to run sensitive coverage of many cancer genes. Other methods such as hotspot NGS platforms require multiple supplemental single-gene FISH testing which are tissue-consuming and may leave testing incomplete if additional biopsies are not acquired. [Clin Cancer Res 2015;21:3631-3639; J Thorac Oncol 2015;10:768-777]

For genomic alterations that have targeted therapies, detection allows physicians to take clinical action to possibly improve patient’s treatment. In the case of a 43-year-old never-smoker lung cancer patient, disease progressed despite four cycles of cisplatin/pemetrexed. A CGP assay detected EML4-ALK gene fusion for which the FDA-approved targeted therapy is crizotinib. Within 2  weeks of starting crizotinib, the patient showed “improvement in pain in the pubic area and exercise tolerance”, and after 4 months, the positron emission tomography scans were negative with continued shrinkage of primary lesion in the chest. [J Thorac Oncol 2012;7:e14–e16]

In another example, a 41-year-old never-smoker patient with advanced NSCLC was initially tested negative for genomic alterations, but two lines of therapies failed to stop disease progression. CGP assay detected RET fusion and the patient was thus enrolled in a phase II study of cabozantinib. The patient experienced a 66 percent decrease in disease burden and remained progression-free after 5 months. [Cancer Discov 2013;3:630-635]

NGS is generating high volume of genomic data that the speed and ability to analyse the data place substantial demands on clinicians. Furthermore, many studies using NGS are conducted in research laboratories which are much more controlled and less variable than clinical settings. Interpreting results of broad-based molecular tests like CGP also presents challenges to physicians. Better understanding of NGS applications for practising physicians and appointment of genetic counsellors may help patch this knowledge gap. [Cancer Prev Res (Phila) 2012;5:887-900]

Currently, single-gene testing on alterations such as BCR-ABL translocations for chronic myelogenous leukemia (CML), EGFR mutations and ALK and ROS rearrangements for lung cancer, and HER2 amplification in breast and gastric cancers have shown clinical utility and benefit, according to Dr Chee Cheng Ean, a consultant oncologist at the National University Cancer Institute, Singapore.

“Large NGS panels or broad-based molecular testing may be helpful for patients who have exhausted standard treatment options and are seeking participation in phase I clinical trials,” said Chee.  “In the future, other high throughput technologies such as RNA sequencing and proteomic analysis may provide information on gene expression and function which may aid treatment selection.”

Genetics, though important, are but one facet of disease management. “NGS tests should be viewed as another tool to assist in the choice of treatment for our oncology patients,” said Chee. “It is not all encompassing and should not be the only tool used in the decision-making process. Ultimately, we are treating our patients and not a test result.”

*This Literature Review is supported by funds from Roche. 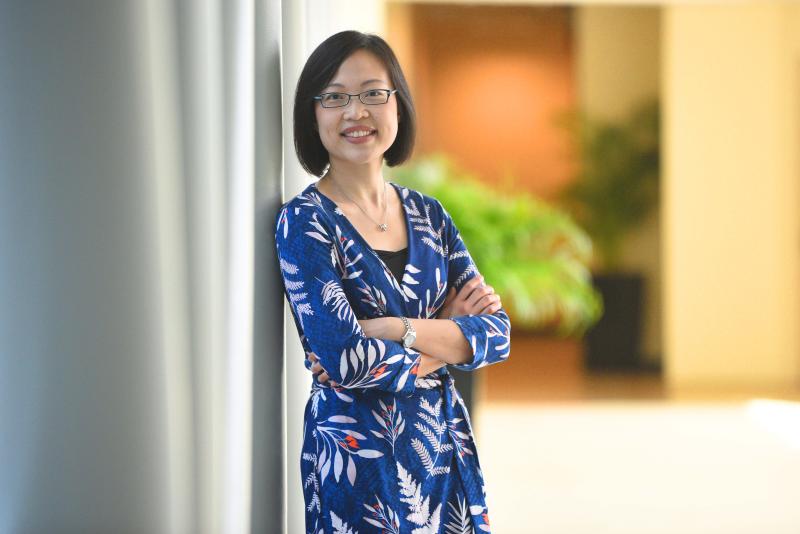 What are the factors to consider when making a choice for NGS testing?

Before ordering NGS testing, oncologists should decide if the test and results will help the patient and change clinical outcomes. A few factors to consider when choosing an NGS test include:

1.  Which genes are being analysed?

2.  How much of each gene is being assessed (hot spots vs all coding)?

3.  Which types of mutations can be detected and in which clinical context?

6.  How precise is the test (ie, reproducibility, repeatability)?

7.  What are the limits of detection?

8.  Is the lab CLIA certified and CAP accredited?

9.  Is the test FDA approved or reviewed? Of note, most genetic and genomic tests have not been FDA-cleared or approved. However, this is a key area of interest by the FDA and they have recently provided draft guidances designed to streamline regulatory oversight for NGS tests.

What are the biggest challenges for oncologists in applying CGP in the clinical setting?

The biggest challenge is what to do with all the information from a CGP test. More, in this case, may not be better. Even if genetic alterations are identified, not all will have the drugs to target the alteration, ie, actionable molecular alteration. Furthermore, is the alteration pathogenic? If more than one alteration is identified, which is the driver mutation? Other complexities to factor in include tumour heterogeneity and timing of NGS testing (ie, at diagnosis and/or recurrence). It is helpful to discuss these cases at multidisciplinary tumour boards to have input from other specialists and their experience.

*Dr Chee has no relevant disclosures.