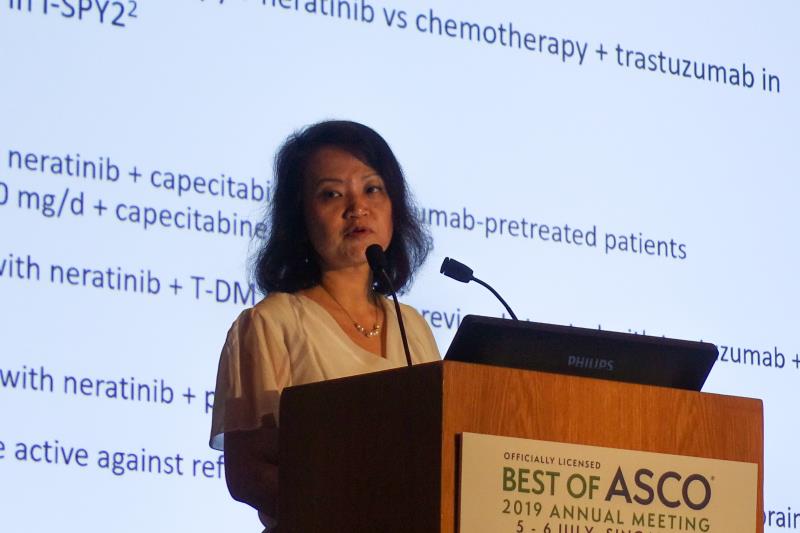 Patients with HER2+ breast cancer with disease progression despite ≥2 lines of HER2-directed therapy may improve their progression-free survival (PFS) with the addition of neratinib than lapatinib to capecitabine, according to the phase III NALA* trial.

Restricted means analysis at 24 months showed that mean PFS was 8.8 and 6.6 months in the neratinib and lapatinib arms, respectively (p=0.0003).

Subgroup analysis showed a trend toward favouring neratinib regardless of age (<65 vs ≥65 years), race, geographic region, or number of prior HER2-directed treatments, with significant risk reductions with neratinib in patients with non-visceral metastasis (HR, 0.44; p=0.007) and hormone receptor-negative disease (HR, 0.42; p<0.001).

This suggests a delay in CNS progression which is consistent with results from previous neratinib studies, said Yap. [JAMA Oncol 2016;2:1557-1564]

The incidence of grade 3–4 treatment emergent adverse events (TEAEs) was comparable between groups (61 percent vs 60 percent). More lapatinib than neratinib recipients discontinued treatment due to TEAEs (14.5 percent vs 10.9 percent), which was possibly due to high-dose capecitabine-related hand-foot syndrome.

With the significant PFS benefit favouring neratinib and no new safety signals, the trial results suggest that neratinib plus capecitabine is an effective option for treating progressive HER2+ MBC, said Yap.