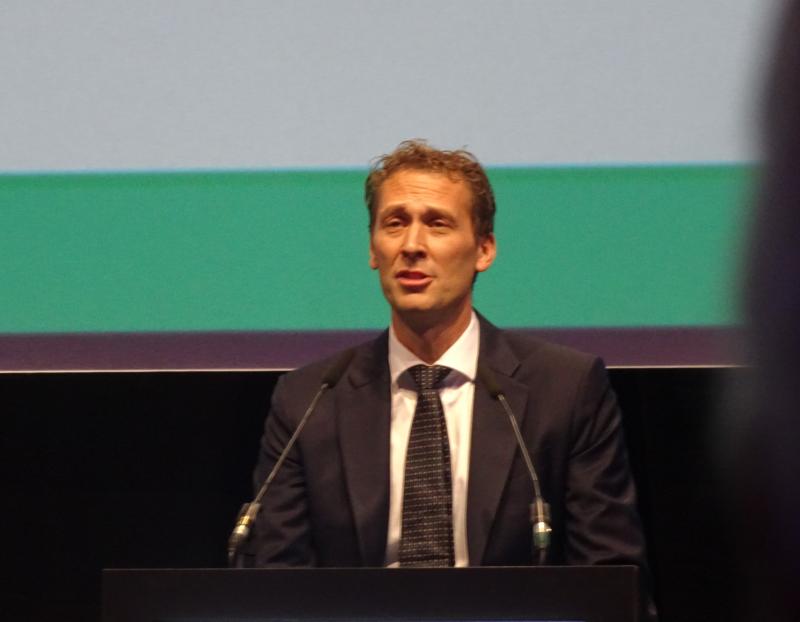 According to Prof Peter Schmid of Barts Cancer Institute in London, UK, the results “will change the way TNBC is treated”. Conventionally, TNBC is treated with systemic chemotherapy, to which most patients eventually develop resistance within a few months. Prognosis for TNBC is poor in comparison to other breast cancer subtypes, with a median OS of 12–15 months once the disease becomes metastatic.

“Atezolizumab in combination with nab-paclitaxel is the first targeted treatment to improve survival in metastatic TNBC,” said Schmid. “It is also the first immune therapy to improve outcome in this cancer. Most of the survival benefit was in patients with PD-L1 positive tumours.”

Although OS data have yet to mature, the first interim OS analysis revealed that the median OS was 21.3 months in the atezolizumab arm compared with 17.6 months in the nab-paclitaxel alone arm (HR, 0.84; p=0.08). The survival advantage with atezolizumab was particularly notable among patients with PD-L1–positive tumours, at a median OS of 25.0 months vs 15.5 months with nab-paclitaxel alone (HR, 0.62, 95 percent confidence interval [CI], 0.45 to 0.86), although the difference was not statistically tested due to hierarchical analysis whereby statistical testing for OS in PD-L1+ subgroup came after the overall intent-to-treat population.

According to Schmid, the improvements in both the coprimary endpoints of PFS and OS with the addition of atezolizumab were “clinically meaningful in the PD-L1+ population”. “For patients with PD-L1+ tumours, these data establish atezolizumab + nab-paclitaxel as a new standard of care,” he added.

“While the benefit in terms of PFS was relatively small, around 3 months, the gain in OS in the PD-L1 positive subgroup was impressive with a 10-month benefit. Around 40 percent of the tumours were PD-L1 positive,” said ESMO commentator Dr Marleen Kok from The Netherlands Cancer Institute in Amsterdam, the Netherlands, in ESMO press release. “The IMpassion 130 data will probably change the treatment landscape for our metastatic TNBC patients.”

Schmid also pointed out that atezolizumab + nab-paclitaxel was well tolerated, with a safety profile consistent with each agent. The most common adverse events (AEs), defined as AEs of any grade in ≥20 percent or of grade 3–4 in ≥3 percent of patients in either arm, occurred at similar rates in both arms. Neutropenia, decreased neutrophil count, fatigue, anaemia, and peripheral neuropathy were the most common grade 3–4 AEs seen in both arms; with neutropenia, cough, and nausea occurring more frequently in the atezolizumab arm than the nab-paclitaxel alone arm.

The international, phase III, double-blind trial randomized 902 patients with metastatic or inoperable locally advanced TNBC in a 1:1 ratio to receive either intravenous atezolizumab 840 mg (median age 55 years) or placebo (median age 56 years) on days 1 and 15 of a 28-day cycle, both in addition to a chemotherapy backbone of intravenous nab-paclitaxel 100 mg/m2 on days 1, 8, and 15 of a 28-day cycle for at least six cycles if no toxicity.

“Our trial provides evidence of the efficacy of immunotherapy in at least a subset of patients. It is important for patients’ PD-L1 expression status on tumour-infiltrating immune cells to be taken into consideration to inform treatment choices for patients with metastatic TNBC,” said the researchers.

“[This] means we have to figure out how best to test tumours,” said invited discussant, Professor Giuseppe Curigliano of University of Milan, Italy. He also suggested that patients who were most likely to benefit could potentially be further selected by using other biomarkers in addition to PD-L1 such as microsatellite instability status and tumour mutation burden, which warrant further studies.

According to Kok, the various ongoing trials evaluating the effects of combining anti-PD-L1 and chemotherapy in metastatic breast cancer “should help answer the question of which chemotherapy backbone is most effective in combination with anti-PD-L1.”