Imipramine may relieve dyspepsia symptoms in Asians with poor response to PPIs, prokinetics 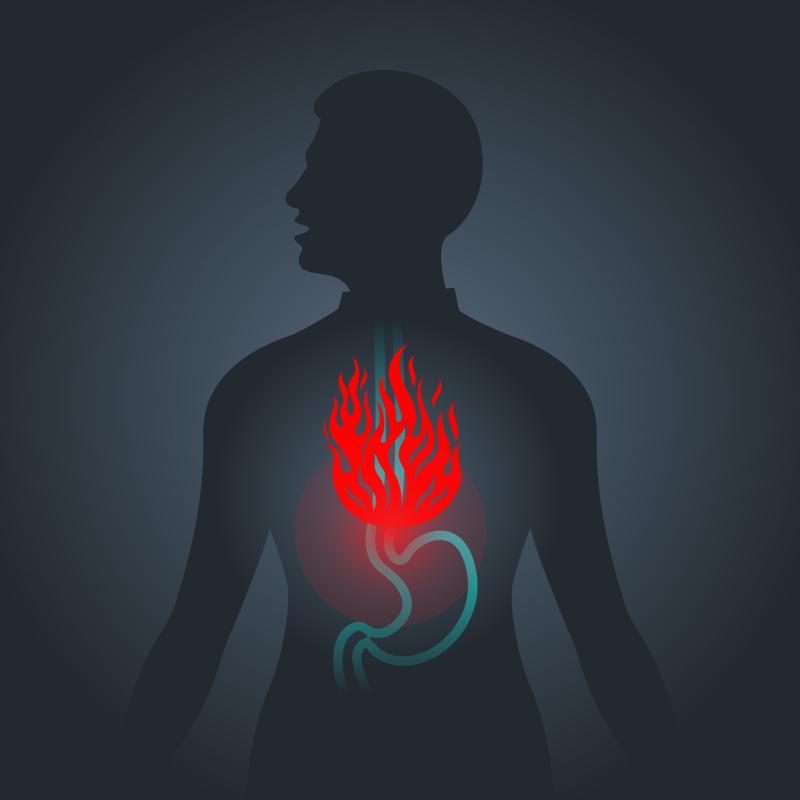 Patients with inadequate response to proton pump inhibitors and prokinetics for functional dyspepsia may derive benefit from low doses of the tricyclic antidepressant (TCA) imipramine, according to a recent study from Hong Kong.

“This … trial showed that 12 weeks of treatment with imipramine was efficacious for treatment-refractory functional dyspepsia,” said the researchers.

The rate of treatment discontinuation due to adverse events (AEs) was higher among imipramine than placebo recipients (18 percent vs 8 percent). The 10 discontinuations in the imipramine group were due to dry mouth (n=3), constipation (n=2), drowsiness (n=2), insomnia (n=1), palpitations (n=1), and blurred vision (n=1), while the four discontinuations in the placebo group were due to dry mouth and constipation (n=1), palpitations (n=1), gastroesophageal reflux worsening (n=1), and limb paraesthesia (n=1).

According to the researchers, currently available treatments for functional dyspepsia are “far from satisfactory”.

“TCAs are a valuable addition to the therapeutic arsenal in functional dyspepsia, and further studies will elucidate the mechanism of action of these agents so that more potent drugs can be developed in the future,” said Drs Takeshi Kanno and Paul Moayyedi from McMaster University, Ontario, Canada, in a commentary. [Lancet Gastroenterol Hepatol 2018;doi:10.1016/S2468-1253(18)30338-8]

“AEs are minimized with the low doses used in patients with functional dyspepsia, but the risks and benefits of TCAs must be carefully discussed with the patient,” they advised.

While the AEs may be outweighed by the benefits of imipramine, the researchers also draw the line at recommending imipramine in the first-line setting or in generalizing the findings to other ethnicities.

The reduction in HADS scores suggest that the improvement in dyspepsia symptoms with imipramine may be influenced by improvements in mood, they noted, though the direction of the association could not be determined.

“Our findings further highlight the complex relationship between mood and dyspeptic symptoms and suggest that … behavioural therapy could also have a role in the management of functional dyspepsia,” they said.

The higher withdrawal rate due to AEs among imipramine recipients suggests that TCAs may not be suitable for all patients with functional dyspepsia, they added.

“Clinicians should [also] be aware that patients with functional dyspepsia might be reluctant to take antidepressants, and it should be emphasized that TCAs are being prescribed for their action on the digestive tract and not for their psychiatric effects,” said Kanno and Moayyedi.