Identification of biomarkers one step closer towards blood testing for Alzheimer's 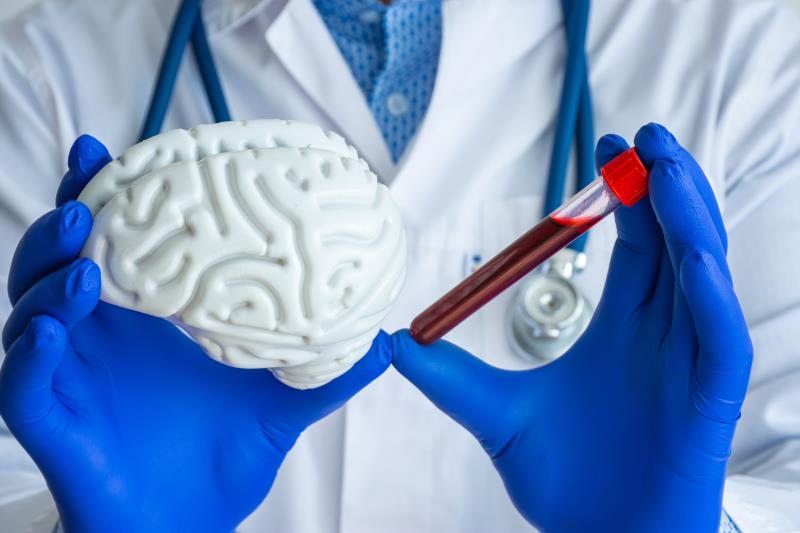 Biomarkers in the blood may present a new opportunity for developing a simple, noninvasive, and inexpensive blood-based screening test for Alzheimer’s disease (AD), according to studies presented at the 2019 Alzheimer's Association International Conference (AAIC).

Biochemical and anatomic changes associated with AD pathology can occur in the brain even decades before the onset of AD symptoms. Currently, these brain changes can only be reliably identified using positron-emission tomography (PET) imaging and spinal fluid sampling of amyloid and tau proteins. However, these methods are expensive and can even be invasive (for spinal tap), thus limiting their accessibility to the wider public.

“There is a great need for simple, reliable, inexpensive, noninvasive and easily available diagnostic tools for Alzheimer’s,” said Dr Maria Carrillo, chief science officer of Alzheimer’s Association. “Families facing Alzheimer's now, and in the future, would benefit greatly from simple and widely accessible diagnostic tools that enable accurate diagnosis, earlier in the disease process, allowing for important care and planning.”

“We found that the plasma biomarker can detect earlier stages of amyloid deposition, even before dementia symptoms are apparent,” said lead investigator Dr Akinori Nakamura from the National Center for Geriatrics and Gerontology in Obu, Japan.

Using blood samples obtained from 201 participants in Japan, the researchers measured the plasma levels of amyloid-related peptides (Aβ1-40, Aβ1-41, and AP669-711) and combined the ratios of the peptides (APP669-711/Aβ1-42 and Aβ1-40/Aβ1-42) to generate biomarker values signifying AD. The participants comprised 70 individuals who were cognitively normal, 61 with AD, 46 with mild cognitive impairment, and 24 with non-AD dementia. PET scans of their brains were categorized into high or low Aβ burden based on an SUVR* of 1.4 as cutoff.

“Our results suggest that the plasma biomarker may be useful in screening people who are at risk for Alzheimer’s,” said Nakamura. “This can facilitate clinical trials for Alzheimer’s therapies, and also accelerate studies to investigate the effects of non-drug interventions, risk management, and lifestyles on Alzheimer’s progression.”

Another advance in blood testing for AD comes from the discovery that α-synuclein (α-syn) and its protein complexes are present in different amount in red blood cells (RBCs) of people with AD, which can be capitalized to discriminate people with AD from healthy individuals.

Participants in the study were 39 individuals with early-stage AD who were matched to 39 healthy controls based on age. [AAIC 2019, abstract P2-239]

Individuals with AD had lower concentrations of α-syn and its complexes with Aβ (α-syn/Aβ) or tau (α-syn/tau) in their RBCs than healthy controls.

According to the researchers, the levels of α-syn/Aβ and α-syn/tau complexes in RBCs were able to differentiate between AD patients and healthy controls with “fair accuracy” (AUROC#=0.76, 0.72, respectively), but less so with α-syn (AUROC=0.63).

“RBCs may represent workable and relevant models of neurodegeneration since they are likely to be involved in the accumulation and clearance of the misfolded proteins,” said lead author Dr Filippo Baldacci of University of Pisa in Pisa, Italy. “With further research and confirmation, this may prove to be a good tool to identify people with Alzheimer’s. We have experiments in progress now to verify its ability to discriminate Alzheimer’s from other brain diseases, such as Lewy body dementia or Parkinson’s dementia.”

“These new testing technologies, which are currently under development by industry and academic researchers, could also potentially be used to track the impact of therapies in clinical trials,” noted Carrillo.