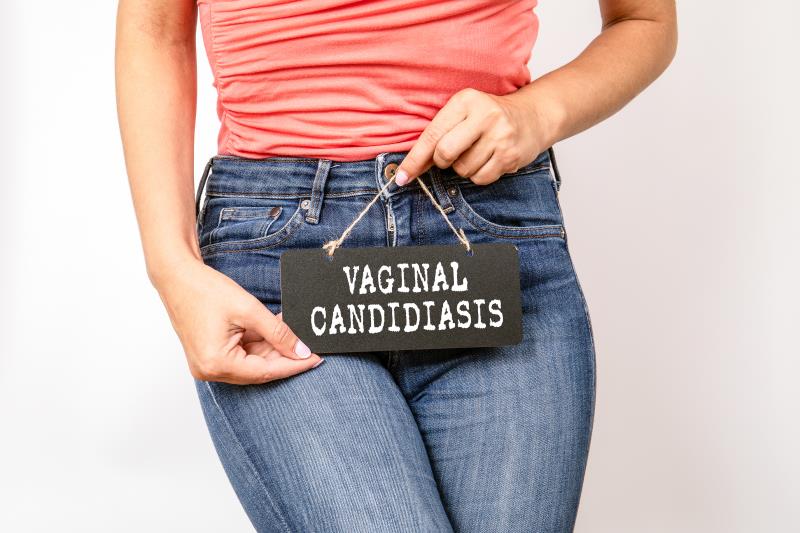 The novel oral triterpenoid antifungal ibrexafungerp demonstrated superiority over placebo in reducing signs and symptoms of vulvovaginal candidiasis, according to results of the phase III VANISH-306 trial presented at ACOG 2021.

In this multicentre, double-blind trial, patients with moderate-to-severe vulvovaginal candidiasis (Vaginal Signs and Symptoms [VSS] score ≥4) from the US and Bulgaria were randomized 2:1 to receive oral ibrexafungerp (300 mg BID) or placebo for 1 day. The outcome of interest – clinical cure – was assessed in the modified intent-to-treat (mITT) population (n=272, median age 32 years) which comprised patients with culture-confirmed Candida spp. infection at baseline who received ≥1 dose of study treatment.

The most common pathogen detected was Candida albicans (87.8 and 90.5 percent of patients in the ibrexafungerp and placebo groups, respectively), followed by Candida glabrata (10.6 and 9.5 percent, respectively). Most patients (91.9 percent) had severe vulvovaginal candidiasis (VSS ≥7).

A majority of patients who received ibrexafungerp achieved VSS 0 at day 10. Among those who did not, the mean reduction in VSS score was 7.3. About three-quarters of ibrexafungerp recipients (76.6 percent) achieved VSS ≤2 at day 10, and 73.9 percent maintained symptom resolution at day 25.

The rates of treatment-emergent adverse events (TEAEs) were comparable between the ibrexafungerp and placebo groups (33.2 percent vs 29.1 percent), and none led to discontinuation. There was one serious AE in each group (bacterial gastrointestinal [GI] infection in the ibrexafungerp group and diabetic ketoacidosis in the placebo group). No drug-related serious AEs were identified.

The most common treatment-related AEs were GI-related (21.8 percent vs 7.3 percent), primarily diarrhoea (9.4 percent vs 0.7 percent), nausea (8.4 percent vs 3.3 percent), and abdominal pain (2.7 percent vs 1.3 percent). Most GI AEs were mild to moderate and mostly lasted 1 day. One participant in each group had a severe GI AE (nausea).

According to the authors, no new therapies have been approved for vulvovaginal candidiasis for >25 years. Currently approved therapies are all azoles with several topical and only one oral therapeutic option available.

“These results show that ibrexafungerp … was statistically superior to placebo … [and] demonstrate the therapeutic potential of a 1-day dose of oral ibrexafungerp for the treatment of vulvovaginal candidiasis,” said the authors.