Hospital-acquired COVID-19 driven by patients, rather than HCWs 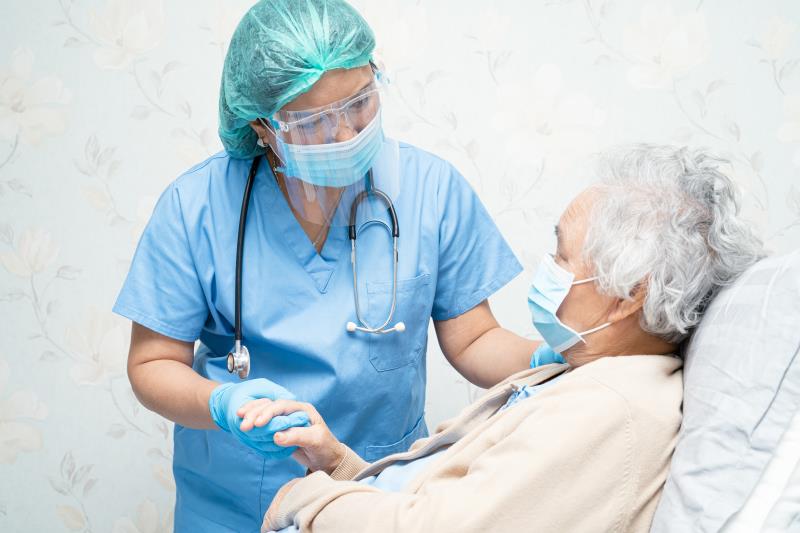 Hospital-acquired COVID-19 is more likely to be spread from other infected patients, rather than from healthcare workers, a study has shown.

Using data from five wards at Addenbrooke’s Hospital in Cambridge, UK, during the first wave of COVID-19 outbreak (between March to June 2020), the researchers explored the SARS-CoV-2 transmission network within the hospital setting. They identified cases whose data from viral genome sequencing and their locations were available, which corresponded to transmission events between individuals in the hospital. [eLife 2021;doi:10.7554/eLife.67308]

They found that most of the patients who got infected while in hospital picked up the virus from other patients instead of hospital staff. Out of the 22 cases identified, 20 had occurred as a result of viral spread between patients.

“The fact that the vast majority of infections were between patients suggests that measures taken by hospital staff to prevent staff transmitting the virus to patients, such as the wearing of masks, were likely to have been effective,” said lead author Dr Chris Illingworth of Cambridge’s MRC Biostatistics Unit.

“But it also highlights why it is important that patients themselves are screened for COVID-19 regularly, even if asymptomatic, and wear face masks where possible,” he added.

While wearing a face mask was mandatory for outpatients and healthcare workers in all areas of hospital, inpatients were not required to do so at the time of data collection.

“Our identification of transmission from patients to healthcare workers highlights the use of higher grade respiratory precaution for protection (such as FFP3 respirators) as an important topic for future research,” they added.

In addition, the researchers found that about 80 percent of in-hospital infections were caused by just 21 percent of the patients — revealing the mass impact of superspreading.

“For the largest ward outbreaks of hospital-onset COVID-19, the majority of transmission was driven by a small proportion of individuals,” noted Illingworth and co-authors.

“The potential for superspreading enhances the difficulty of controlling hospital-acquired infection, particularly as most transmission events from superspreaders to other people inferred in this study occurred within a relatively short time period,” they explained. “By the time a second linked case in a ward is identified, the potential exists for an index case to have infected multiple individuals, making it too late to prevent a broader outbreak.”

“Preventing new cases of hospital-based infection is a critical part of our work.  Here we have shown that analysing clinical and viral genome sequence data can produce insights that inform infection control measures, which are so important for protecting patients and healthcare workers alike,” said co-lead author Dr William Hamilton, also from Addenbrooke’s Hospital.