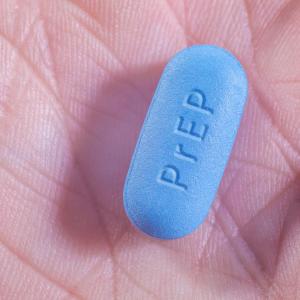 Hope from a grain of soil: pharmacist researcher Mai Chun Wai on the road to drug discovery

With antimicrobial resistance on the rise, and countless modern ailments still lacking effective drugs, scientists worldwide continue to search for new potential compounds. Among them is Dr Mai Chun Wai, lecturer and researcher at the International Medical University (IMU)’s Pharmaceutical Chemistry Department. MIMS Pharmacist sat down with Mai to find out more about his work in drug discovery, including his investigations of Antarctic soil microorganisms.

You were attached with the British Antarctic Survey (BAS) in Cambridge in 2015. How did that happen?

The BAS are environmental scientists—they’re interested in bacterial biodiversity in the Antarctic, as well as temperature changes, pressures, contamination, etc. My role is to help bioprospect soil bacteria. We believe bacteria which survive in extreme conditions have adaptive systems to protect themselves, and because of that they secrete tons of interesting stuff. We don’t know if these things have medicinal properties or not, so our job is to take out the bacteria, identify them, characterize them, and extract the pure compounds from them.

What were some of your findings?

I’m still working on the samples. Drug discovery is a very long process, it’s not a one-shot thing. When I was in Cambridge, we found a lot of bacteria secreting substances that could inhibit the growth of certain fungi; some of which are quite deadly in humans, eg, Aspergillus and Candida.

I also approached another group in Italy—the National Research Council (CNR), equivalent of the Institute for Medical Research (IMR) in Malaysia—from the angle of antimicrobial resistance. I worked with Dr. Donatella de Pascale, who’s into multidrug resistance and antibiotics. With samples I provided, we found out some interesting profiles that can stop bacterial growth even in the case of MDR—basically using bacteria to kill bacteria.

As a side note: mostly, what I cultured was bacteria, but I also managed to extract fungi from the samples. One of them—I can’t remember the name because fungi are weirdly named (laughs)–seems to have something that can stop multidrug-resistant (MDR) bacteria growing, so I also have a potential fungus targeting them.

By MDR bacteria, do you mean things like MRSA (methicillin-resistant S. aureus)?

Yes. I’ve tried it on MRSA, on extended-spectrum beta-lactamase (ESBL) Escherichia coli. We get American-type cell cultures which are collations of well-characterized MDR bugs; Pseudomonas, Klebsiella pneumoniae and E. coli. These strains have some induced point mutations to make them more resistant.

Usually we use a reputable source [of test strains] that everyone uses, so people won’t doubt the species identification. But currently we have a collaboration with Universiti Malaya Medical Centre (UMMC) to eventually test some compounds with clinical strains isolated from [the hospital] itself. My students will start the work in 2018.

Could you describe the process of drug discovery in the lab?

Usually we take 1 g of soil and put some normal saline in to dilute it—like making it into soup stock. (laughs) If you just put soil on a plate, [the microbes] won’t grow; you need some vehicle to carry them out. Once in solution, we grow them on agar plates containing all the needed nutrients. Antarctic species take a week or more; they grow very slowly.

The colonies will form in many different colors and shapes. From visual inspections we take them out one by one and grow those, purifying the starting culture plate of about 50 to 60 microbes into separate monocultures. I had over 30 soil samples from the Antarctic survey.

Once I have the microbes growing nicely, I put them to the test with what’s called a core culture; I grow bacteria and fungi together on a common medium they can both survive on, and see if they compete. Like how the original Penicillium fungi produced the bacteria-stopping penicillium compound, you will see a halo area forming if they do.

From there we narrow down the candidates to a few working strains, then do extractions using organic solvents and serial dilutions. We don’t need the live bacteria anymore at this point. Then subsequently we purify and try to identify the active compound. This part of the work, I rely a lot on the chemists for. Because my training is as a pharmacist, that part is really not my expertise.

Where does your expertise as a pharmacist come in?

My job is looking for molecular effects; my expertise is target validation and mechanism elucidation. The chemist does the isolation, but once they get the compounds out, I come back to do the biological assay; seeing how it works. I’m not an in vivo trained person, so most of my work will be in vitro.

To be honest, my PhD wasn’t focused on working with bacteria, but on human cancers. I actually see work on both as the same; when it comes to drug discovery, a compound may not be antibacterial, but it may work on cancer. That’s the reason why I set up a Collaborating Drug Discovery (CDD) programme, which is open for any synthetic chemist or natural product chemist to deposit any compounds they’ve already synthesized and purified. [The chemists] have no idea what their effects are going to be. But I put the compounds into a library I’ve created, and we’ll run a high-throughput screening to check for possible pharmacological activity against something.

Are all the students working under you in the pharmacy line?

They come from different science-based specialties—biomed and biotech usually. I do have one PRP (provisionally registered pharmacist) joining me. Pharmacists are usually not interested in research or academic work. I think it’s because it’s time-consuming and—first of all, we don’t get paid very well. (laughs) But also if you want to join academia, you need at least a PhD first, and reaching that takes a very long time. You need to have at least the passion for teaching and research to get into an academic job.