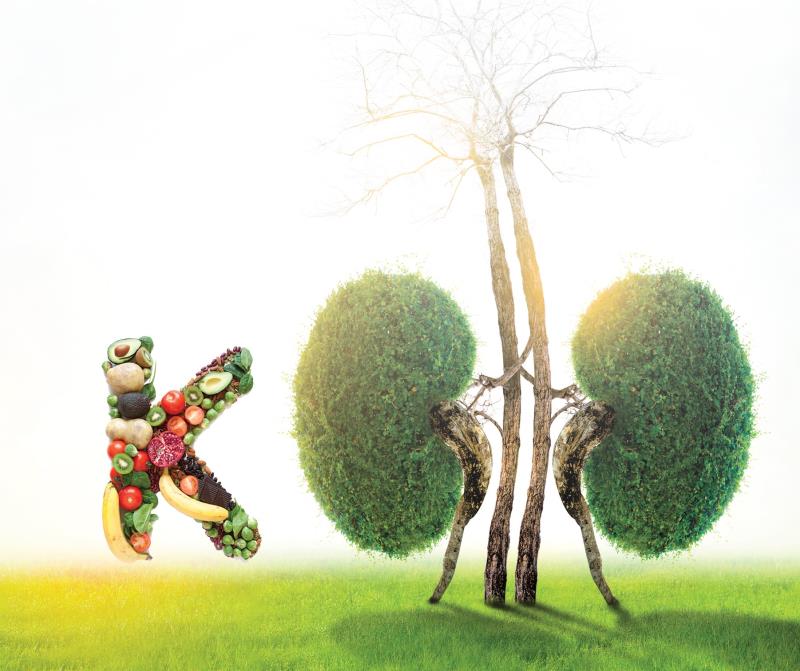 Plasma K+ increases across worse CKD stages. In a study by Carerro and team, a U-shaped association was seen between plasma K+ and mortality depending on kidney function, with the lowest mortality in the range of 4.0–4.3 mmol/L. HK was also found to be better tolerated with worse CKD. [Nephrol Dial Transplant 2019;34:1534-1541]

“The relative mortality risk associated with abnormal K+ was lower in patients with CKD 4–5 [eGFR <30 mL/min] vs those with normal kidney function,” said Carrero. “This supports the hypothesis of increased tolerance or adaptation to HK. However, K+ levels of >5.5 mmol/L predict worse outcomes at all CKD stages, and should prompt clinical decisions.”

The consequences of this chronic state of HK in CKD are not well-characterized and may have a negative impact on clinical decisions such as the need to restrict intake of fruits and vegetables or discontinue RAASi** therapy, said Carrero.

“However, there might be a mismatch here as there is no direct correlation between the amount of K+ in food and the relative rise in serum K+,” said Dr Deborah Clegg from Drexel University, Philadelphia, Pennsylvania, US. “Salt substitutes and K+-containing additives are the types of food that may pose a concern to CKD patients.”

These food products cause a significant increase in overall serum K+ levels, with bioavailability that is significantly high, warned Clegg. “Even more concerning to me is that we advise patients to eat a fair amount of meat, but the meat they might be consuming may contain high levels of preservatives, stabilizers, or emulsifiers.”

Although K+ from different foods is chemically equivalent, other nutrients influence K+ distribution and excretion. Meat-based foods, for example, are net-acid producing and are low in carbohydrates, Clegg said. By contrast, plant-based foods are net-base producing and are high in carbohydrates. Compared with meat-based foods, plant-based foods high in K+ may promote greater distribution of dietary K+ intracellularly (alkaline and insulin-stimulating) and excretion of K+ in stool by increasing faecal bulk.

“Dietary K+ intake is a modifiable risk factor in CKD,” she said.  “However, strict restriction of K+ in patients with kidney impairment may adversely impact nutrition and contribute to worse outcomes.”

Epidemiological studies suggest that high K+ intake in patients with CKD is associated with cardiorenal benefits, but randomized clinical trials are needed to evaluate whether dietary K+ intake indeed contributes to better cardiorenal outcomes in CKD and end-stage kidney disease (ESKD), Clegg added. “In CKD and ESKD patients receiving RAASi/MRA*** therapy who are at high risk for HK, dietary intervention alone may not be sufficient.”

HK is prevalent in long-term haemodialysis (HD) patients. From large epidemiology studies, up to 50 percent of patients are hyperkalaemic on dialysis at any given time, with K+ levels of >5.1 mmol/L. [ERA-EDTA 2017, poster MP371]

“In the HD community, there’s a certain bravado about tolerating HK. One doctor might not consider HK a problem until K+ is >6 mmol/L. Another might consider 6.5 mmol/L,” said Dr Kieran McCafferty, consultant nephrologist at Barts Health NHS Trust, London, UK. “But data showed the nadir of risk was quite low with serum K+ between 5 and 5.3 mEq/L, conferring the lowest all-cause mortality. More importantly, the increase in mortality associated with HK occurred early such that by the time patients got to 5.6 –5.9 mEq/L, which many considered trivial HK, there’s already a signal for mortality.” 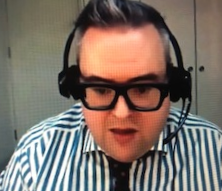 During HD, plasma K+ declines continuously. Once dialysis stops, plasma K+ increases rapidly within 1–2 hours and on until the next dialysis session. The shift in K+ levels during dialysis is not good for the heart. Three-quarters of all arrhythmias occur during or immediately after dialysis and this might be due to K+ changes, said McCafferty.

Can we increase dialysis duration & frequency?

HD removes K+ from the extracellular fluid (ECF) compartment, but this only represents 2 percent of total body K+. “If we offer long sessions of dialysis to remove more K+, the rate of removal declines exponentially,” he said. “Thus, increasing sessions by 1–2 hours may only have modest benefits. Increasing dialysis frequency may have a more marked effect but can be more difficult logistically.”

During HD, it is also crucial to ensure that dialysis access is functioning optimally. Another approach to lower K+ in dialysis patients is to lower dialysate K+ to make the K+ gradient bigger and remove more K+. However, there are reports of sudden cardiac death in very low (<2 mEq/L) K+ tanks. Higher gradients are also associated with hospitalization, McCafferty warned.

Dietary K+ restriction: Does it work?

McCafferty acknowledged that data on how to optimally manage HK in dialysis patients have been limited to date. “We can use traditional K+ binders such as sodium polystyrene sulphonate. However, no long-term efficacy has been robustly demonstrated with these therapies in dialysis patients. It is also associated with poor outcomes. It can cause a few side effects such as gastric irritation, anorexia, vomiting and is poorly tolerated,” he said.

Novel K+ binders, for example, sodium zirconium cyclosilicate (SZC) may be considered for management of HK in patients with ESKD. SZC is orally administered, nonabsorbed, and captures K+ through the gastrointestinal tract.