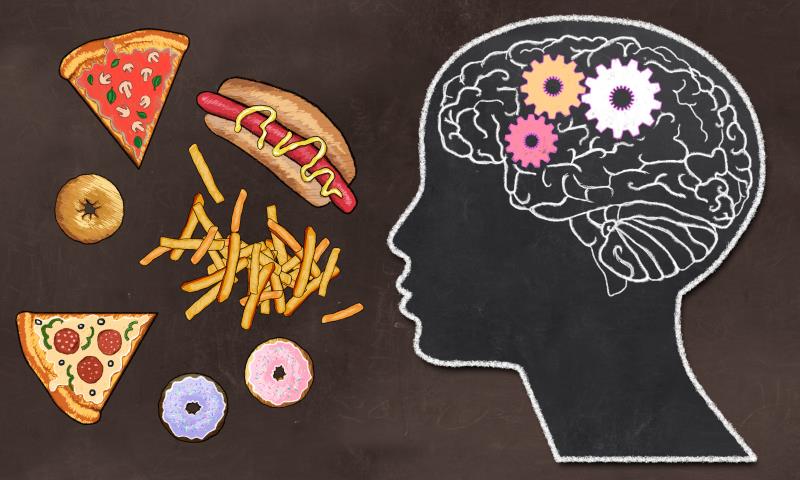 High consumption of ultra-processed food (UPF) appears to be associated with a rapid decline in cognitive function in adults, according to the ELSA-Brasil* study presented at AAIC 2022.

“In the last 40 years, the nutritional transition has been accompanied by an increased consumption of UPF, … [which] is associated with overweight, obesity, diabetes, cardiovascular disease, and cancer [risk],” said Dr Natalia Gonçalves from the University of São Paulo Medical School in São Paulo, Brazil. “However, little is known about the effects of UPF on cognition.”

The researchers conducted a multicentre cohort study involving 10,775 participants (mean age 50.6 years, 56 percent female) who had a mean baseline calorie intake of 2,842 kcal, of which 493 grams were from UPF. Immediate and delayed memory, word recognition, semantic and phonemic verbal fluency, and trail-making test B-version were used to measure cognitive performance. Food Frequency Questionnaire was used to identify the frequency of UPF consumption, which indicates total percentage of total daily calorie intake. Of the four quartiles of UPF consumption, quartile 1 (0.0–19.9 percent of daily calorie intake) served as the reference point. Quartiles 2, 3, and 4 respectively corresponded to 19.9–26.7, 26.7–34.1, and 34.2–72.7 percent of daily calorie intake).

“In conclusion, high consumption of UPF was associated with a faster rate of [cognitive decline, mainly in the] executive and global cognitive function, after a median follow-up of 8 years,” Gonçalves said.

Together with previous evidence, the current findings appear to highlight the detrimental impact of UPF consumption on brain health. Reducing UPF consumption may be a way to improve cognitive decline in adults. [Eur J Nutr 2022;doi:10.1007/s00394-022-02911-1]