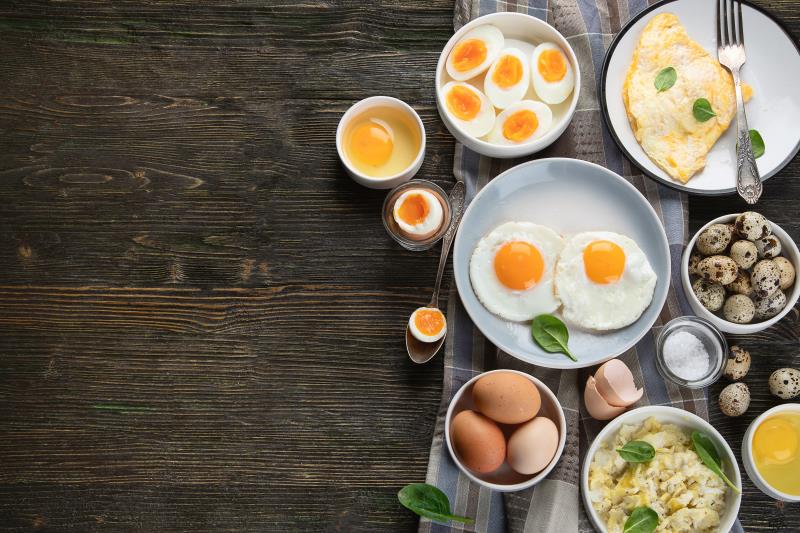 “[Our] primary outcome was diabetes in 2009 … We found … that higher long-term egg consumption increased the risk of diabetes among Chinese adults by ~25 percent,” said the researchers.

After adjusting for confounders*, compared with the first quartile** of egg intake, adjusted odds ratio (adjOR) of diabetes were 1.29, 1.37, and 1.25 for the respective second, third, and fourth quartiles (ptrend=0.029).

After stratifying the trajectory of egg intake into three*** groups, groups 2 and 3 were associated with an increased diabetes risk vs group 1 (unadjusted ORs, 1.29 and 2.93, respectively).

Moreover, women were more likely to have diabetes than men (adjORs, 1.73, 2.09, and 1.46 for the second, third, and fourth quartiles, respectively), which may have been due to female hormones and dietary preference, noted the researchers. Women usually prefer ultra-processed food (eg, cakes, sodas, snacks), which increase diabetes risk. [Curr Obes Rep 2016;5:449-455] The male hormone androgen is inversely associated with diabetes risk by increasing insulin sensitivity and lean body mass. [Biosci Biotechnol Biochem 2018;82:1667-1682]

“Egg white hydrolysate could promote adipocyte differentiation via insulin-mimetic and sensitizing actions and α-glucosidase inhibitory activity, thereby inhibiting the hydrolysis of dietary carbohydrates and preventing their absorption,” explained the researchers. Moreover, the choline from the yolk may be transformed into trimethylamine-N-oxide, which increases LDL oxidation and promotes inflammation – a key element in the pathogenesis of diabetes. [Am J Clin Nutr 2014;100:778-786; Diabetes Res Clin Pract 2014;105:231-238]

In the US, egg intake is typically accompanied by high intakes of butter, snacks, sweets, and refined grains. [Gastroenterology 2017;152:1023-1030.e2] “[This may] increase the workload on islets and weaken the sensitivity of insulin,” they noted. While egg intake is not low in Nordic and Mediterranean countries, their diet mostly comprises vegetables, fruits, legumes, whole grains, fish, dairy, and unsaturated fat – all of which are beneficial for diabetes, and akin to the Japanese diet. [Curr Treat Options Gastroenterol 2019;17:577-586; www.fao.org/faostat/en/#data/CL, accessed December 22, 2020]

In Asia, studies on the association between egg intake and diabetes are limited, and those that do exist reflect conflicting results. [Nutrition 2011;27:194-198; Medicine 2020;99:e19752] The team sought to fill the knowledge gap by exploring long-term egg intake and its trajectory during 1991–2009, and the longitudinal association with diabetes using data of 8,545 adults (mean age 50.9 years) who participated in the CHNS#. Egg## consumption was evaluated by a 3-day, 24-hour recall and weighed food records.

Also, as eggs are typically consumed with fast food, milk, and meat as a cluster in China, [Nutrients 2017;9:1218] further studies should take into context other lifestyle behaviours, dietary patterns, and cooking methods, they added.