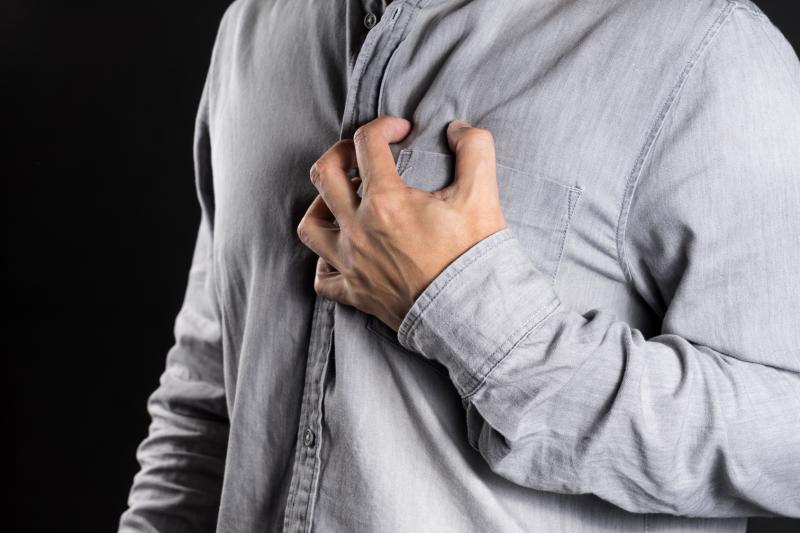 Patients undergoing peritoneal dialysis (PD) with cardiovascular disease (CVD) show significantly higher echocardiographic calcium score (ECS) than those without CVD, according to a Singapore study. This indicates a higher vascular calcification burden in the former.

“Although [ECS] was not found to be an independent determinant of CVD in this undersized study, it is a potentially useful tool to quantify vascular calcification in PD patients,” the researchers said.

The ECS turned out to be higher in patients with CVD than in those without (2 vs 1; p=0.001). However, multivariate analysis revealed that only DM and age independently correlated with CVD.

“Age and DM remained strong independent factors associated with CVD,” the researchers said. “Interestingly, these two factors are known to cause both intimal and medial arterial calcification.” [Am J Kidney Dis 2004;43:572-579]

Of note, no significant between-group difference was observed in the prevalence of insulin use (59 percent vs 50 percent; p=0.488).

In patients undergoing dialysis, the Kidney Disease: Improving Global Outcomes (KDIGO) guidelines recommend the assessment of valvular calcification by echocardiography to stratify cardiovascular risk. How this should be done, however, is not specified. [Kidney Int Suppl 2009;(113):S1-130]

An earlier study reported the association of vascular stiffness, a predictor of cardiovascular mortality, with vascular calcification. Thus, it came as no surprise that the CVD group in the current study had lower DBP due to the loss of vascular compliance. [Nephrol Dial Transplant 2004;19:1480-1488]

“Clinical practices might affect the development of vascular calcification,” the researchers said. “Indeed, there is emerging evidence suggesting that calcium loading is a major risk factor for cardiovascular mortality in the dialysis population.”

Use of ‘low-calcium’ dialysate must be standard procedure to prevent coronary artery calcification, improve calcium and phosphate balance, and reduce cardiovascular mortality, according to the researchers. [Am J Kidney Dis 1992;20:367-371]

“The ECS, being a semiquantitative tool, could be useful to monitor vascular calcification and its progression,” they added.