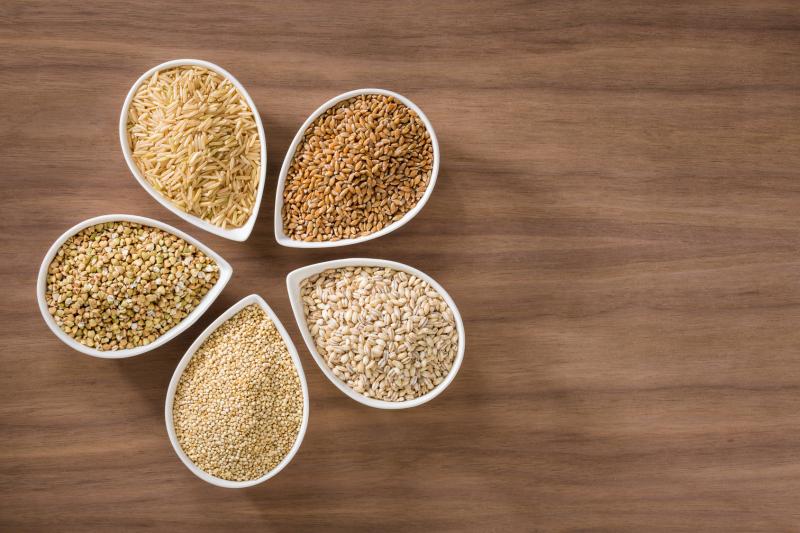 Greater consumption of total whole grains and commonly eaten whole grain foods, such as cereal, oatmeal, dark bread, brown rice, added bran, and wheat germ, substantially reduces the risk of type 2 diabetes (T2D), according to the results of three prospective cohort studies. On the other hand, eating one or more servings of popcorn a day is associated with an elevated risk of T2D.

“These findings provide further support for the current recommendations of increasing whole grain consumption as part of a healthy diet for the prevention of T2D,” the researchers said.

The three prospective cohort studies (Nurses’ Health Study, 1984-2014; Nurses’ Health Study II, 1991-2017; and Health Professionals Follow-Up Study, 1986-2016) included a total of 158,259 women and 36,525 men who did not have T2D, cardiovascular disease, or cancer at baseline. Total whole grain intake was categorized into five groups of servings a day for the three cohorts.

Of the participants, 18,629 developed T2D during 4,618,796 person-years of follow-up. Those in the highest category for total whole grain consumption had a 29-percent (95 percent confidence interval [CI], 26–33 percent) lower rate of T2D than those in the lowest category after adjusting for lifestyle and dietary risk factors for diabetes. [BMJ 2020;370:m2206]

“Popcorns, as a whole grain food, are known to contain relatively higher amounts of fibre and have a higher satiety index than other commonly consumed snacks, such as potato chips,” the researchers said. [Eur J Clin Nutr 1995;49:675-690; Nutr J 2012;11:71]

In spline regression, total whole grain intake showed a nonlinear dose-response association with the risk of T2D, where the rate reduction slightly plateaued at more than two servings a day (pcurvature<0.001). For whole grain cold breakfast and dark bread, the rate reduction plateaued at about 0.5 serving a day. Notably, a J-shaped association was seen for popcorn consumption, where the rate of T2D did not significantly increase until consumption exceeded about one serving a day.

The beneficial effects of total whole grain intake on T2D risk reduction was more pronounced in individuals who were lean than in those who were overweight or obese (pinteraction=0.003). These associations did not vary significantly across levels of physical activity, family history of diabetes, or smoking status.

“The inverse association between higher whole grain consumption and risk of type 2 diabetes has been found in previous studies,” the researchers said. For instance, a meta-analysis of prospective cohort studies showed that consumption of total whole grain and several whole grain foods correlated with a lower risk of T2D. [Eur J Epidemiol 2013;28:845-858]

Previous studies have recognized the health benefits of whole grains because of their high content of fibre, antioxidants, and phytochemicals. [Nutr Res Rev 2004;17:99-110]