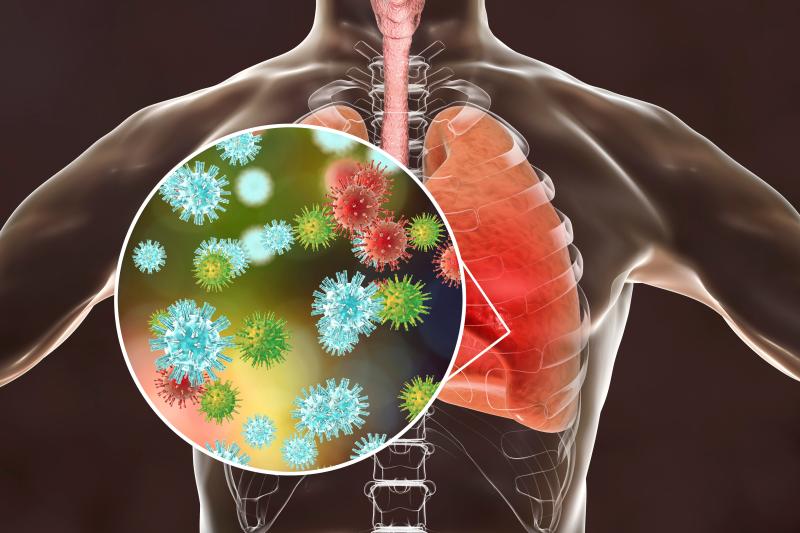 A large number of patients who present at outpatient clinics with symptoms of acute respiratory infections (ARIs) during influenza seasons are prescribed antibiotics despite not needing them, a finding that highlights the overuse of antibiotics in ARIs, a recent study showed.

“Antibiotics were likely prescribed inappropriately to a majority of the nearly 15,000 outpatients in this study who presented during influenza season with symptoms of a broadly defined ARI characterized by cough,” said the researchers.

“In addition, among those patients given diagnoses for which antibiotic therapy may be appropriate, many patients prescribed antibiotics likely did not meet criteria for antibiotic therapy based on clinician-ordered laboratory testing and clinical criteria,” they said.

National guidelines recommend that antibiotics be prescribed for sinusitis when severe symptoms are present for ≥3 consecutive days, and in the case of pharyngitis, following laboratory-confirmed group A streptococcus presence, said the researchers.

According to the researchers, the findings in this study suggest that “many patients likely did not meet clinical criteria for antibiotic treatment as defined by national guidelines”.

“[W]e found that a substantial proportion of antibiotic overuse was driven by prescribing for conditions for which antibiotics were not indicated, including viral URIs and acute bronchitis,” said the researchers.

“We must strengthen outpatient antibiotic stewardship efforts to eliminate antibiotic treatment for viral URIs and acute bronchitis, which our study indicates would make the largest contribution to decreasing unnecessary antibiotic prescriptions,” they said, acknowledging the potential of over- or underestimation of antibiotic use due to lack of information on prescribing strategies at certain sites.

“[Additionally], the development of sensitive and specific point-of-care testing for influenza may assist clinicians in making treatment decisions for patients with ARI during influenza season and may help to reduce unnecessary antibiotic use for influenza in outpatient settings,” said the researchers.

“Inappropriate antibiotic prescribing exposes patients to the risks of unnecessary antibiotics and represents a potential missed opportunity for patients to benefit from influenza antiviral medications. Clinicians should be encouraged to consider influenza as a clinical diagnosis during the influenza season, refrain from prescribing antibiotics in situations in which they are not recommended by guidelines, and prescribe influenza antiviral medications when indicated,” they concluded.