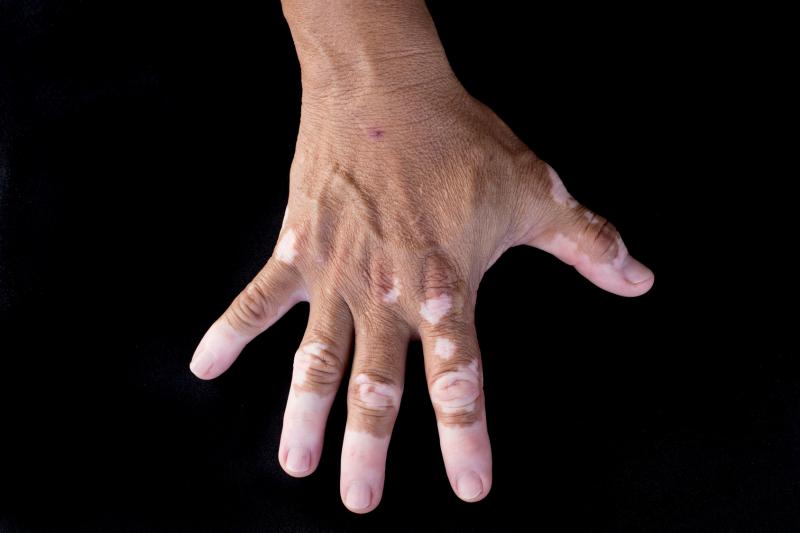 Serum homocysteine levels are higher and vitamin B12 levels lower in patients with vitiligo than in those without, reports a recent systematic review and meta-analysis.

The investigators searched online databases on 15 May 2018 to identify studies comparing serum homocysteine, folate, and vitamin B12 levels between patients with vitiligo and controls. They used a random effects model.

There was no significant between-group difference in serum folate levels (SMD, –0.240; –0.592 to 0.111; I2, 85.5 percent). Furthermore, these findings were associated with disease activity as revealed by a subgroup analysis.

An earlier study by Karadag and colleagues suggested a common genetic background shared between vitiligo and vitamin B12 deficiency and hyperhomocysteinaemia. According to their findings, patients with holotranscobalamine levels in the lowest quartile had an increased risk for co-occurrence of vitiligo (p<0.005). [Clin Exp Dermatol 2012;37:62-64]

The present study has certain limitations, such as the heterogeneous nature of the studies included. Also, various factors could have influenced serum homocysteine levels, according to the investigators.

“Hyperhomocysteinaemia and folate and vitamin B12 deficiencies have been reported in patients with vitiligo. Investigating the role of these conditions might shed light on the pathogenesis of vitiligo,” the investigators noted.