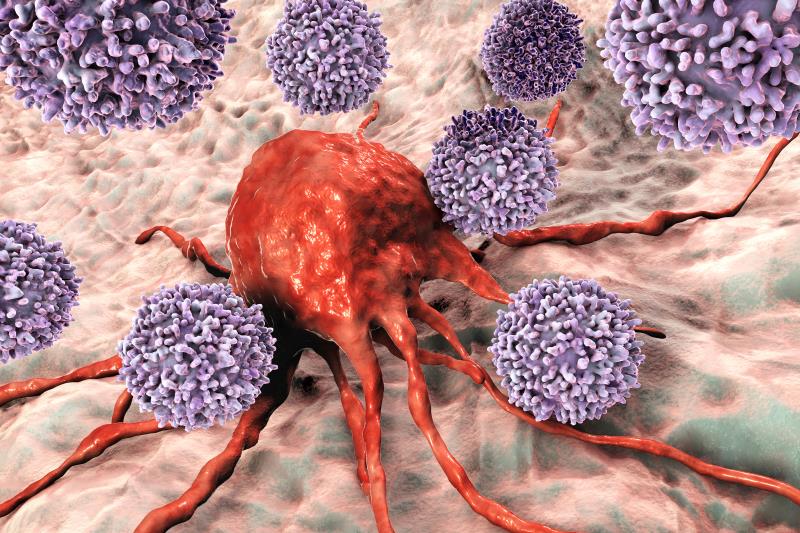 In this study, 83 patients (median age 68 years, 69 percent male) received induction treatment with IV nivolumab 240 mg Q2W for 8 weeks. The maintenance phase ensued thereafter, wherein nonresponders (ie, those who had stable/progressive disease [SD/PD]; n=50) received at least one “boost” cycle comprising IV nivolumab 1 mg/kg and ipilimumab 3 mg/kg Q3W. Of these, 44 received two cycles after week 8, while the rest who continued to have SD/PD after the initial boost doses received two more cycles. Those who achieved complete/partial response (CR/PR) after induction continued with their induction regimen during the maintenance phase. [ASCO GU 2022, abstract 441]

A majority of participants (87 percent) had TCC in the bladder, and gemcitabine-cisplatin was the most commonly used first-line systemic therapy regimen (84 percent). Thirty-four percent had PD-L1 expression ≥1 percent.

After a median follow-up of 5.6 months, a third of participants achieved best objective response (BOR) following receipt of the nivolumab-ipilimumab boost (p<0.01), an improvement from the 20-percent BOR observed at week 8 following nivolumab monotherapy.

When results were stratified according to PD-L1 status, the boosts led to improvements in objective response rates (ORRs) observed at week 8, rising from 32 percent to 46 percent among patients with PD-L1 expression, and doubling (from 12 percent to 24 percent) among those who were PD-L1-negative.

Among participants who received additional boosts, two went on to have PR while one had SD.

Taken together, these findings suggest that boosting improved the best response, said Professor Marc-Oliver Grimm from Jena University Hospital, Jena, Germany, in his presentation. “[Our findings show that] after prior platinum-based chemotherapy [in patients with advanced TCC], treatment with nivolumab and nivolumab-ipilimumab boosts in nonresponders significantly improved ORR compared [with] nivolumab second-line monotherapy. Patients with PD-L1 positive tumours appeared to benefit the most.”

Follow up is underway to validate the long-term survival outcomes with this tailored immunotherapy approach, noted Grimm. At the time of this analysis, median progression-free survival was 1.9 months, while median overall survival was 7.6 months.