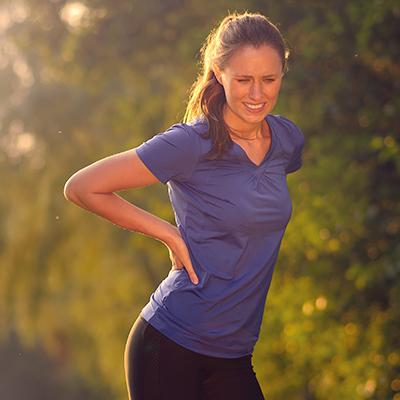 Fasinumab at the highest doses holds promise in the management of chronic low back pain (CLBP), improving both pain and function regardless of the presence of peripheral osteoarthritis (OA), according to the results of a phase II/III study.

Both the 6-mg and 9-mg doses conferred benefits for multiple outcomes over the first 8 weeks of the study, the investigators said. However, only with the higher dosing regimens (9-mg subcutaneous injections every 4 weeks and 9-mg drip every 8 weeks) was pain relief sustained through 16 weeks.

“Nerve growth factor (NGF) inhibitors, [including fasinumab], have the potential to provide pain relief via a mechanism distinct from that of commonly used analgesic medications such as nonsteroidal anti-inflammatory drugs (NSAIDs) and opioids, and thus avoid [related] adverse effects such as increased risk of cardiovascular events, gastrointestinal toxicity, drowsiness, respiratory depression, dependence, and abuse,” the investigators noted.

The analysis was based on a modified intent-to-treat analysis of 563 out of 800 planned CLBP patients aged ≥35 years (mean, 57.1 years; 59.1 percent female; 57.2 percent had peripheral OA) with inadequate pain relief or intolerance to acetaminophen, NSAIDS, and opioids.

Enrolment was terminated early due to emerging signals of joint risk in other OA studies at doses tested. The patients were randomly assigned to receive fasinumab at 6 mg (n=141) or 9 mg (n=140) administered subcutaneously every 4 weeks (Q4W), at 9 mg via the intravenous route every 8 weeks (Q8W; n=141), or placebo (n=141).

Treatment-emergent adverse events occurred in the majority of patients (65.6 percent) in the combined fasinumab groups and in 67.1 percent in the placebo group. Joint events, such as rapid progressive OA type 1, were especially common on the NGF inhibitor (3.8 percent vs 0.7 percent).

“The results observed in this study support continued evaluation of fasinumab as a possible new treatment option for patients with CLBP with inadequate pain control, or who are intolerant to or have a contraindication for existing therapies,” according to the investigators.

In patients without peripheral OA, fasinumab may be less likely to provide benefit “since their back pain may be dominated by mechanisms other than OA,” they said. “Hypothetically these patients may also need even higher doses, and adverse joint events would need to be carefully balanced against treatment benefits.”

The investigators called for additional studies to determine whether the robust efficacy shown at lower doses at week 8 may be sustained with longer treatment and follow-up duration.