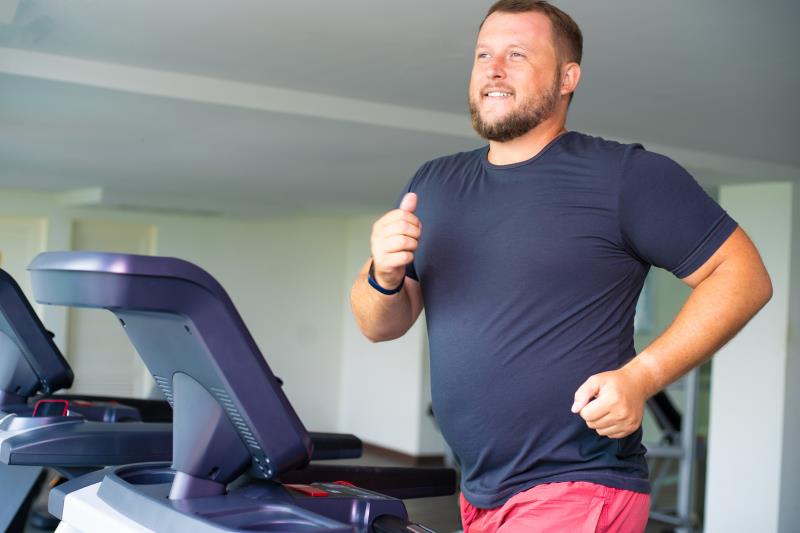 Patients with type 2 diabetes mellitus (T2DM) who are overweight or obese but have high cardiorespiratory fitness (CRF)* may have a reduced risk of heart failure (HF), according to a study presented at EPI Lifestyle 2020.

“In the Look AHEAD** trial, an intensive lifestyle intervention (ILI) among adults who are overweight or obese and have T2DM did not lower the risk of HF on follow-up. [However,] high CRF was associated with lower risk of developing HF, particularly heart failure with preserved ejection fraction (HFpEF), independent of traditional risk factors,” said the authors.

Participants were 5,109 adults aged 45–76 years who were overweight or obese (body mass index [BMI] ≥25 kg/m2 or ≥27 kg/m2 if on insulin) with T2DM and without HF. They were randomized to receive ILI (regular individual and group counselling sessions, calorie intake of 1,200–1,800 kcal/day, and ≥175 minutes/week of moderate intensity physical activity) or diabetes support and education (DSE; three educational group sessions/year for 4 years followed by an annual meeting on diet, exercise, and social support). The interventions were carried out for a median 9.6 years.

This finding was specific to incident HFpEF with a 40 and 77 percent lower risk among moderately and highly fit patients, respectively, vs low fit patients (HR, 0.60 and 0.23, respectively; p<0.001), with CRF having no significant impact on incident HFrEF (p=0.41).

This finding implies that the effect modification of CRF on HF subtypes occurs via different mechanisms, noted the authors. For instance, CRF may directly affect cardiac structure and function in HFpEF, while the effect on HFrEF “was largely driven by differences in traditional risk factor burden and antecedent myocardial infarction events prior to HF development,” they said.

Baseline BMI was not associated with elevated risk of incident HF, regardless of subtype.

According to the authors, the association between BMI reduction and decreased HF risk points to the role of weight loss in reducing HF risk in this patient population.

The authors cautioned that the findings do not reflect a causal association between CRF and HF and called for research into identifying if HF risk could be reduced with “more intense exercise training or weight loss interventions” that encourage sustained improvements in CRF and body weight in patients with T2DM.