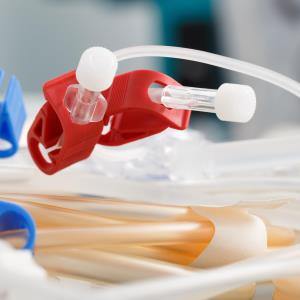 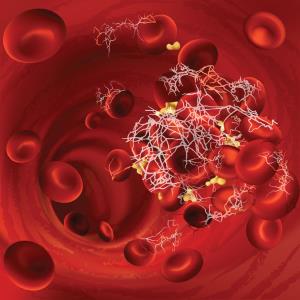 Anticoagulant for COVID-19: Higher dose=better survival?
Pearl Toh, 3 days ago
While it is well known that COVID-19 illness is associated with coagulopathy, the optimal anticoagulation strategy remains elusive, and two studies presented at the ASH 2020 Congress further add to the growing debate on the appropriate anticoagulant dose for hospitalized patients with COVID-19. 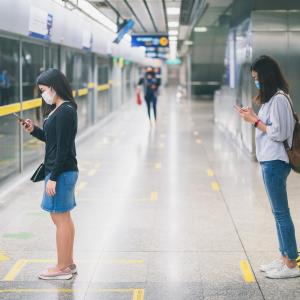 Adherence to physical distancing measures depends on social closeness
Tristan Manalac, 19 hours ago
People are more likely to follow social distancing measures for the novel coronavirus disease (COVID-19) pandemic when they thought that their friends and family did the same, too, according to a new study. 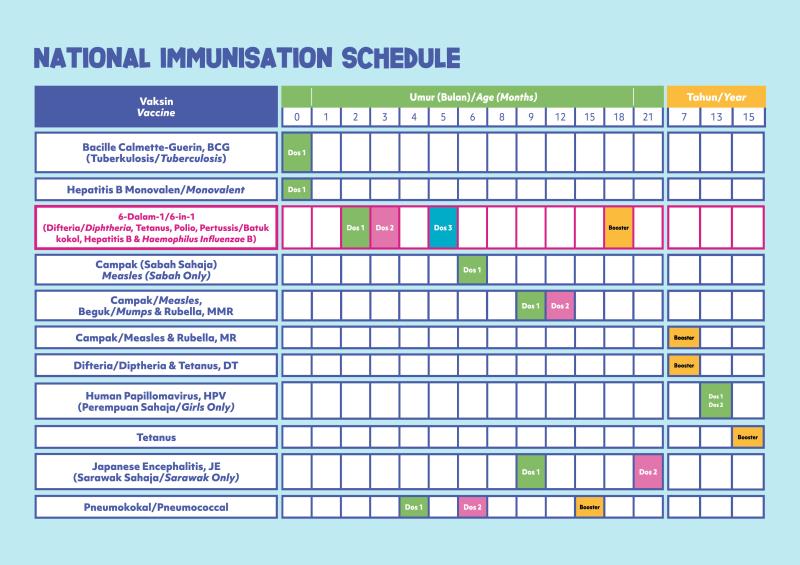 According to Dr Jamiatul Aida Md Sani, senior principal assistant director, MOH’s Disease Control Division, the introduction of the hexavalent vaccine into the NIP was made after careful consideration by the National Immunisation Policy and Practice Committee, and improves Malaysia’s public vaccination programme to align with those adopted by 49 other countries.

“[With the updated schedule], only four doses of [combination] vaccine are required for each child,” said Jamiatul. “Meanwhile, a separate hepatitis B vaccine should only be given as one injection after birth. This means that the number of injections is reduced to five to prevent six diseases.”

The MOH published a new immunisation schedule factoring both updates to the NIP. Under the previous schedule, the DTaP-IPV-Hib vaccine was administered in four doses at 2, 3, 5, and 18 months of age, while the hepatitis B vaccine was administered separately as three doses at birth, and at 1 and 6 months of age, making a total of seven injections to cover the same six diseases.

The PCV10 is scheduled as three doses to be given at ages 4, 6, and 15 months, and is available to children born on and after 1 January 2020, with immunisation schedules adjusted for those already aged 5 months and above.

“Implementation [of the hexavalent vaccine] will be conducted in stages, which will start as early as November 2020 depending on the availability of this vaccine supply at MOH health facilities,” said Director-General of Health Tan Sri Dato’ Seri Dr Noor Hisham Abdullah in a recent press statement.

On the PCV10 vaccine, Noor Hisham added that it would be available beginning 1 December 2020 and will be included in the NIP for 2 years.

Commenting on the update, Dr Rozita Ab Rahman, senior principal assistant director, MOH Family Health Development Division, added that the replacement of the pentavalent combination with the hexavalent version would reduce the number of necessary health clinic visits for a child and their caretakers.

“The second advantage is from the point of view of the comfort of the baby itself. Injections are painful for babies, even for a moment. Less injections means less episodes of pain and crying,” said Rozita. “Thirdly, healthcare personnel will have more time during clinic appointments to conduct assessments of the babies’ health and development, such as their growth, and sensory and intellectual development.”

Introduced in the 1950s by the MOH to curb infectious diseases, the NIP has undergone several updates since its inception, such as the addition of hepatitis B in 1989, Hib and MMR in 2002, and the pentavalent DTAP-IPV-Hib in 2008, following recommendations from the World Health Organization (WHO).

All vaccines are initially administered within 2 years from birth, except for the HPV vaccine, which is administered to teenage girls at 13 years of age. Booster doses for MMR, DTaP, and tetanus are also given during school-attending ages.

With regards to the potential for vaccine hesitancy, especially towards a wider-ranging combination, healthcare professionals can assure parents and caretakers that the vaccine has long been safely administered to young children, said consultant paediatrician and Immunise4Life chairman Datuk Dr Zulkifli Ismail.

"I have been giving this vaccine to [infants] and children in private health facilities for many years," said Zulkifli, who welcomed the changes to the NIP. He shared that in his experience, infants might cry for a while after receiving the injection, but this was normal and could be alleviated with breastfeeding and persuasion.

"Other mild side effects include irritation, pain and redness at the injection site. Most babies do not show any reaction at all,” Zulkifli added.

Adding to this, Norleen Mohamed Ali, senior principal assistant director of the Pharmacovigilance Section at the National Pharmaceutical Regulatory Agency (NPRA), said that parents can be assured the hexavalent vaccine is safe to use and has undergone multiple clinical trial phases prior to commercial use to ensure its efficacy and safety.

“In Malaysia, a vaccine goes through a strict and thorough registration process by the Drug Control Authority (DCA) under the MOH,” said Norleen. “After the approval for registration is granted, only then can the vaccine be used and marketed in Malaysia, including being introduced in the NIP.”

Currently, two hexavalent vaccines are registered in Malaysia and have been in use in private healthcare facilities since 2006 and 2013. Most adverse effects following immunisation (AEFI) reported for the NIP’s new hexavalent vaccine are mild and can be resolved within a few days with or without treatment, she said.

“The pattern of reported AEFI [for this vaccine] are similar to other vaccines. Serious AEFI can still occur, but their frequency is rare,” said Norleen. “Parents are encouraged to report AEFI experienced by their [children], even if it is a mild reaction such as fever, swelling or itching at the injection site.”

Norleen added that the NPRA constantly and actively monitors all vaccines in Malaysia, and that any AEFI either mild or serious, can be reported through healthcare providers or directly to the NPRA. NPRA reports can be lodged through the NPRA’s website at www.npra.gov.my by clicking on the ‘Consumer’ tab and selecting ‘ConSERF Online Reporting.’

Norleen stressed the safety of the hexavalent vaccine added to the NIP, saying, "The benefit of the vaccination to prevent the disease is higher compared to the risk of AEFI, which are mostly mild and harmless.”

Anticoagulant for COVID-19: Higher dose=better survival?
Pearl Toh, 3 days ago
While it is well known that COVID-19 illness is associated with coagulopathy, the optimal anticoagulation strategy remains elusive, and two studies presented at the ASH 2020 Congress further add to the growing debate on the appropriate anticoagulant dose for hospitalized patients with COVID-19.

Adherence to physical distancing measures depends on social closeness
Tristan Manalac, 19 hours ago
People are more likely to follow social distancing measures for the novel coronavirus disease (COVID-19) pandemic when they thought that their friends and family did the same, too, according to a new study.