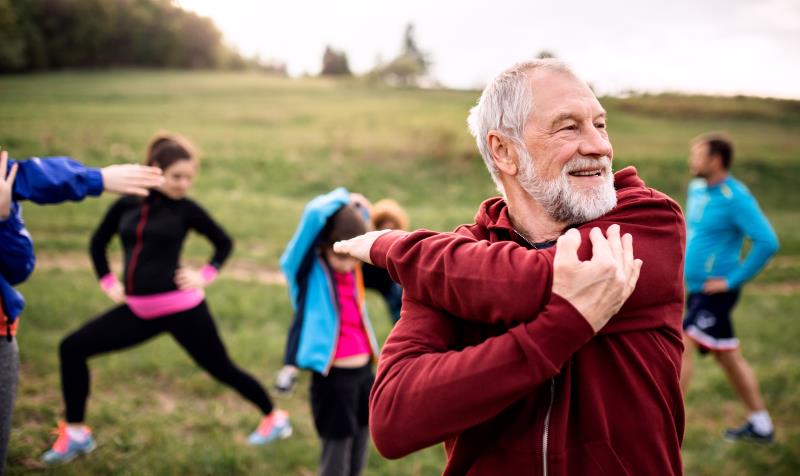 Adhering to a healthy lifestyle may be a means to counteract the genetic risk of lethal prostate cancer, a study finds.

“There is a need to identify possible modifiable factors for men at an increased risk of prostate cancer due to [unmodifiable] genetic factors,” said the researchers. “Our overarching hypothesis … is that modifiable lifestyle factors can attenuate the effect of an increased genetic risk.”

“[Hence, we] examined whether the genetic risk of prostate cancer can be attenuated by a healthy lifestyle,” they continued. This includes maintaining a healthy weight, being physically active, not smoking, and following a healthy diet. They prospectively analysed genotyped men from the HPFS* (n=10,443) and PHS** (n=1,968). Genetic risk of prostate cancer was measured using a polygenic risk score (PRS). [Eur Urol 2022;doi:S0302-2838(22)02342-9]

“We observed that adherence to a healthy lifestyle reduced the risk of metastatic disease and prostate cancer death (cancer events) among men at the highest genetic risk,” said the researchers.

Among men in the top PRS quartile, men adhering to a healthy lifestyle had a reduced rate of lethal prostate cancer (HR, 0.55) as opposed to those who were unhealthy, translating into a clinically significant reduction in the lifetime risk of lethal disease. The lifetime risk among unhealthy men was higher by more than threefold than those who were healthy (5.3 percent vs 1.6 percent).

When evaluating individual lifestyle behaviours in the highest PRS quartile group, the components most strongly associated with a reduced rate of lethal prostate cancer were a healthy weight (HR, 0.45) and high vigorous physical activity (HR, 0.50) in HPFS, and never smoking or quitting ≥10 years ago (HR, 0.48) in PHS.

“These factors have also been most consistently reported as protective factors for prostate cancer progression in general. Although intake of specific dietary components may influence the risk of lethal disease, an overall healthy diet is likely important because of its influences on body weight,” the researchers explained.

The effect seen with lethal prostate cancer was not seen for overall prostate cancer, but it aligns with data from previous research, the investigators noted. “This suggests that, while the inherited risk of prostate cancer initiation may not be modifiable through lifestyle behaviours in mid- and late-adult life, tumour promotion and progression among those at the highest genetic risk may be.”

A healthy lifestyle is imperative

The study however was limited to Caucasian men with high socioeconomic status and good access to healthcare. They also have a generally healthier lifestyle profile and an overall high PSA*** screening intensity. As such, the investigators called for further investigation to validate the results in other ethnicities and subpopulations.

“It may, however, be a particularly sensible approach to target lifestyle modifications to those at a high genetic risk since knowledge about an increased risk could motivate a long-lasting behavioural change,” they added.

In a separate report, Dr William Dahut, chief scientific officer of the American Cancer Society who was not affiliated with the study, noted that the results were ‘encouraging’.