Healthy eating: One way out of depression among seniors 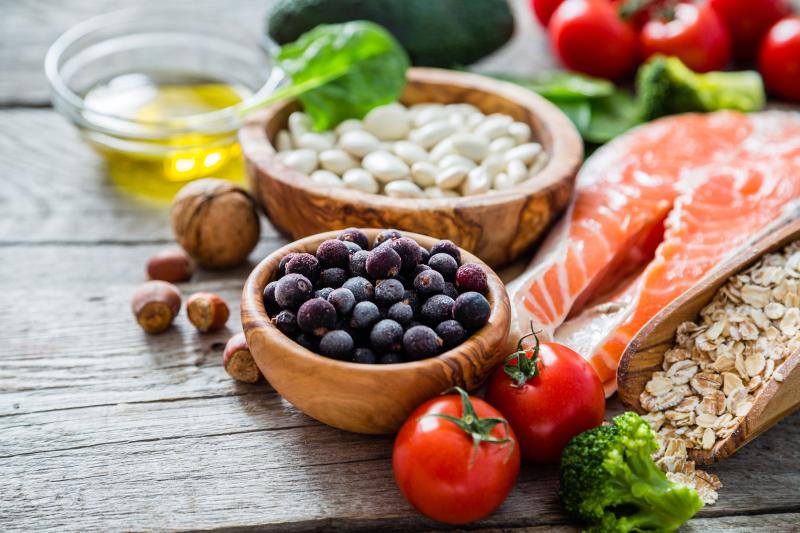 For older adults, diets high in vegetables, fruits, legumes, beans, soy, and fish may help improve mood and lower the risk of developing depression, according to the results of a systematic review and meta-analysis.

“To our knowledge, [the present study is the first of its kind to focus] on older adults to explore the association between healthy dietary patterns and depression risk,” with current evidence targeting general adult populations, the investigators pointed out.

Given that a healthy dietary pattern promotes better microbiota diversity and healthy gut microbiota composition, better quality diets should protect against depression as a result of upregulation of substances that support the growth, survival, and differentiation of both developing and mature neurons, the investigators added. [Nutr Neurosci 2011;14:195-201; Brain Behav Immun 2012;26:988-995; Diabetes Care 2009;32:1823-1825; Free Radic Biol Med 2001;30:583-594]

The current meta-analysis included 18 studies evaluating the influence of healthy dietary patterns on the risk of depression in adults aged ≥65 years. These studies were conducted in the Americas, Asia, and Europe, with sample sizes ranging from 79 to 11,621.

There was significant heterogeneity among the studies (I2, 64.9 percent; p<0.001) owing to both the sample sizes (p=0.040) and depression screening tools (p=0.002). Then again, studies with either bigger or smaller samples consistently found significant associations between dietary patterns and depression risk. The Geriatric Depression Scale (GDS; 9 studies) was the most used assessment tool.

“Therefore, the [tool] might be a good indicator of depression for older adults,” according to the investigators.

Despite the need for high-quality randomized clinical trials to provide stronger evidence of the association between diet and depression in the older population, the findings of the present meta-analysis support the claim that diet represents a modifiable factor that could reduce depressive symptoms or abate the development of depression without side effects in seniors, they said. [J Epidemiol Community Health 2016;70:299-304; Nutr Neurosci 2017;20:161-171; Br J Nutr 2018;119:1087-1101]

Consuming fresh and nutritious food can thus be a valuable addition to the mix of available therapies, the investigators added.